The women added some size via the transfer portal and the men introduce new faces with the departure of Marreon Jackson and Spencer Littleson. 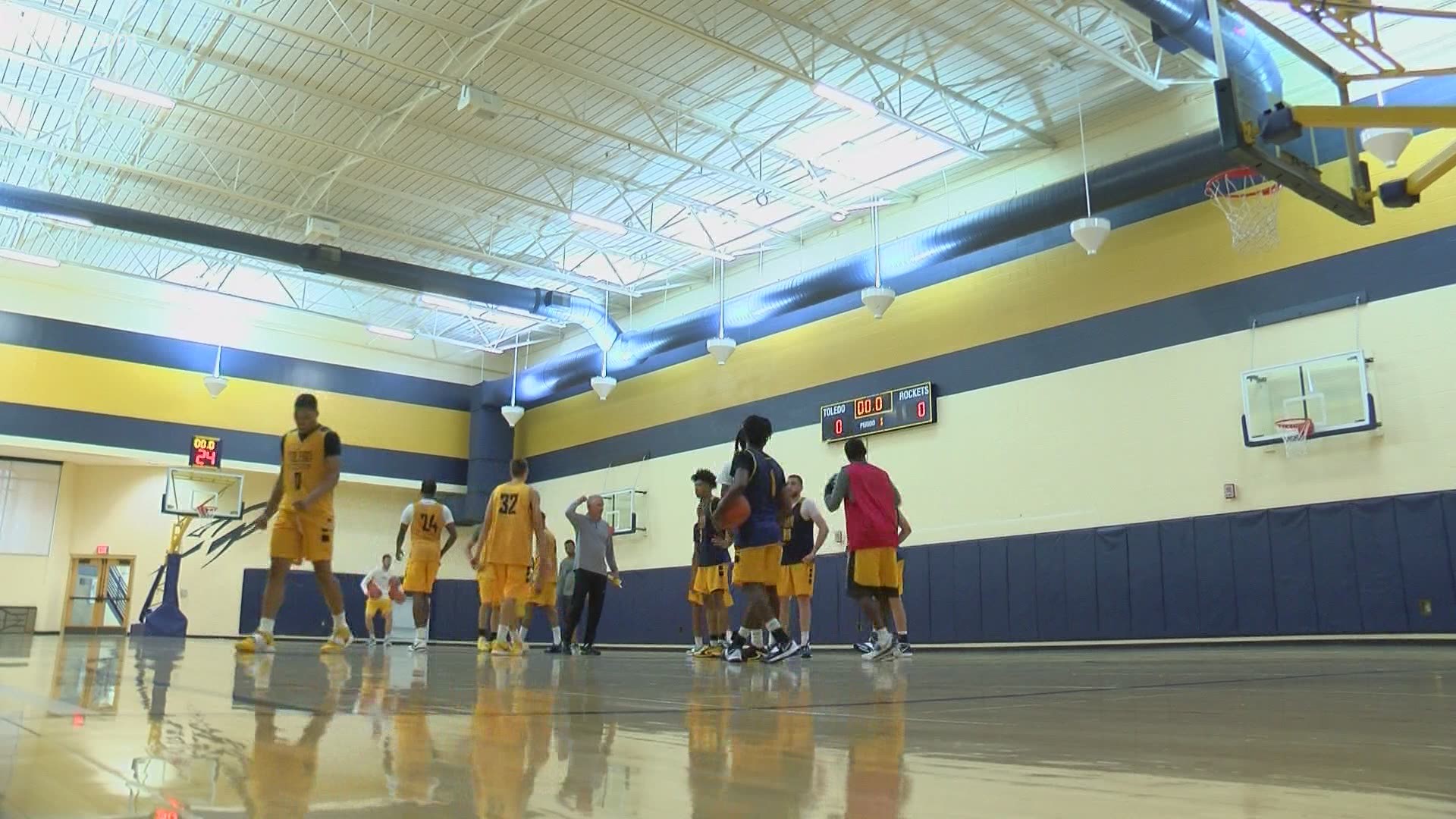 TOLEDO, Ohio — It may only be July, but it is a very important week for the Toledo men's and women's basketball programs.

This is a crucial period as both teams begin to build their rosters as they open up training camps.

On the men’s side, they’re coming off an incredible year. They won the Mid-American Conference regular-season title and were given rings to honor the great season, but there is still some unfinished business.

They lost a heartbreaker in the tournament and now they begin with a new group. Marreon Jackson and Spencer Littleson are gone and in comes transfer Ray-J Dennis from Boise State.

They lost some key pieces but there is plenty to be excited about with this group.

"This is really our training camp," said Toledo men's basketball head coach, Tod Kowalczyk. "We put a lot of things in defensively and offensively. It's about evaluating our incoming players, too. I've been really pleased with all the freshmen. We've got some guys."

"It's super exciting," said returning forward Seth Millner. "We fell a little short last year. We won the MAC championship but lost in the tournament, so we're just excited. Ready to get back to it."

On the women’s side, when you walk in the gym it is clear that this is a totally different Rockets team.

They’ve added some real size to the lineup and they have a true post player in Hannah Noveroske who transferred from Indiana.

They also added a very versatile scorer in Nan Garcia that transferred from Penn State, but they also return some great guard play. Back are Sophia Wiard, Quinesha Lockett and Soleil Barnes.

It’s a different look, but plenty of reason to believe that big improvements are coming.

"Just working with post players again," said Toledo women's basketball head coach, Tricia Cullop. "Normally I would start out working with defense. We've actually really spent a lot of time working with our post and guards working together. We haven't done that in a year. We did a lot of pick-and-pop, no pick-and-rolls. Now we can work on a lot of different phases of the game that were missing. Utilizing that guard and post chemistry is what we're building right now."

"We had like a two-month break and we were all ready to get back," said Toledo guard Sophia Wiard. "It's a great group of girls. We're all in the dorms right now so we've been having a blast, but being on the court is just awesome."