When we think of small-town football under the lights, we think of places like Liberty Center. The argument can be made no one loved the Tigers more than Kip Kern. 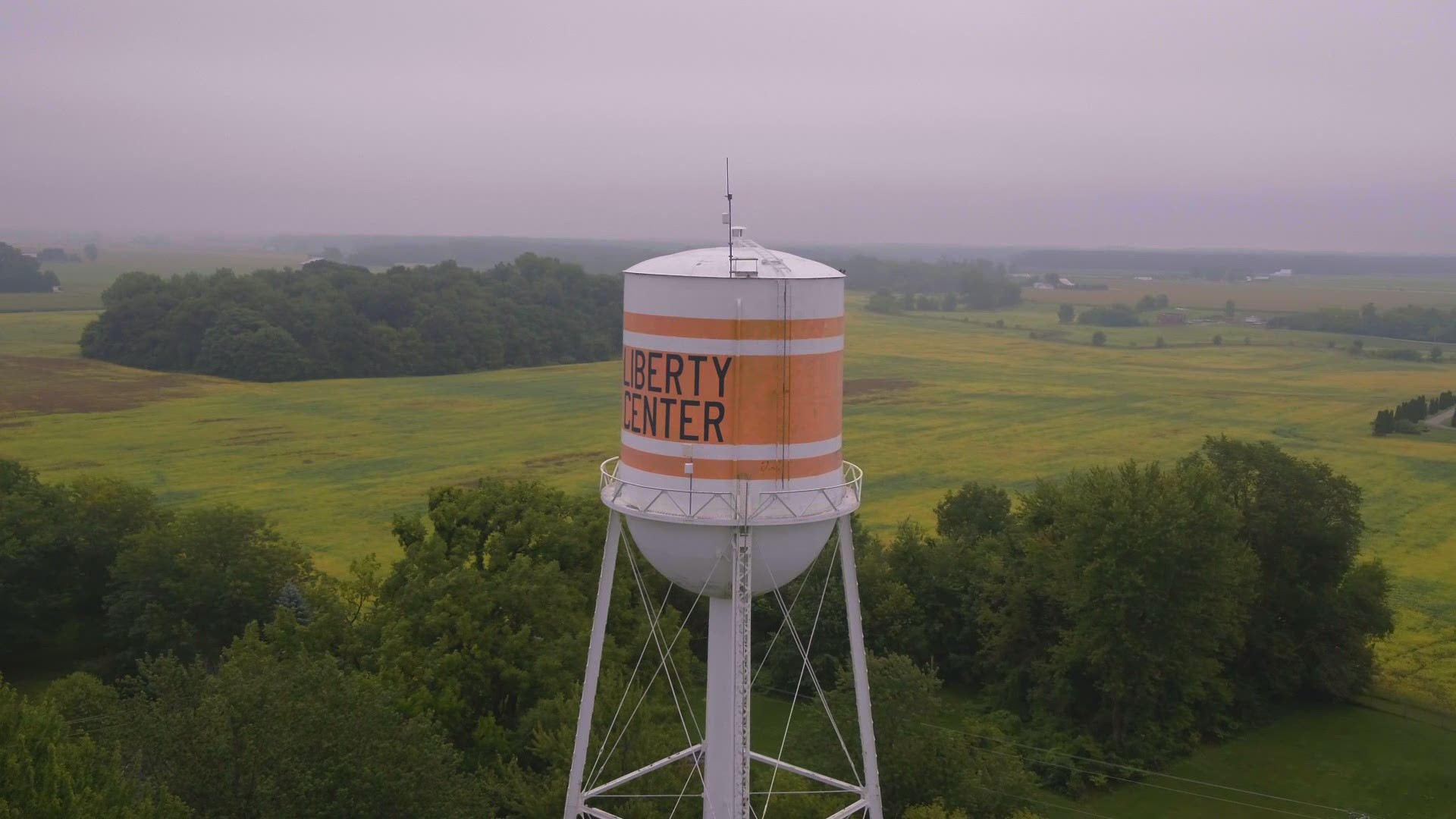 LIBERTY CENTER, Ohio — Liberty Center is a town filled with honest, hard-working, good people. On Friday nights, the place shuts down for high school football. It’s the kind of pageantry and atmosphere you normally only see in movies.

But this year, there’s an unmistakable emptiness inside this stadium. Ask anyone in town, Kip Kern was Liberty Center football, and he passed away just days before the season kicked off.

That’s Cecelia. His wife for the last 72 years. They met back in the 1940s when Kip was a senior and she was a freshman. The only time they spent apart was when Kip served in the United States Army during World War II. He was a paratrooper as a member of the 101st Airborne Division.

“He was special to everybody,” said Cecelia. “Everybody liked him. He was popular, very popular.”

Kip played football for the Tigers and graduated in 1944. Ever since then, he’s been attending games. As you can imagine, everyone has their own Kip Kern stories over the years.

"He sold 50-50 at home games over there in that corner," said Kip's son, Keith. "I think the reason he did that is because he wanted to be the first person that players saw coming out of the locker room out onto the football field."

"Before the Patrick Henry game five years ago, all the kids wanted to shave their heads and believe it or not, they all went to my grandpa's house to do it back in the backyard," said Kenzy Kern, Kip's grandson. "He grabbed a pair of clippers and started shaving the kids' heads. He was still 88 at the time and the kids still wanted to do it at Kip's house."

"He'll definitely be missed so we're definitely going to keep his memory alive around here."

In Week 2, Liberty Center hosted Archbold. Ironically, there are members of the Kern family on both sides of the rivalry. But no one was totally prepared for how different things would feel with Kip not sitting in his normal spot at the top of the bleachers on the home side.

"I had a nephew playing on Liberty and I had a grandson playing on Archbold," said Kip's son, Tom Kern. "First half I sat on Liberty side, second half I sat on Archbold side and I looked over where he usually sits and I didn't see him, and it was really strange. Haven't really gotten used to him being gone yet. Just got a lot of fond memories of him being here and it was different not having him there.

"I was sitting on the other side of the field which is weird in itself, for me," said Keith. "But as I sat over there, I looked over here and I didn't see grandpa up in his regular spot and that was really strange. I could still hear the echoes of him yelling at the kids though. He would always say, 'Hit, Liberty, hit!'"

"His voice was one that everyone just kind of knew," said Kenzy. "The expression of 'Hit, Liberty, Hit' or "Whose got em' out there!' They knew it was Kip Kern up there. Everybody just looked at him as their own grandpa. I know he was mine, but there's a lot of kids that would call him Grandpa Kip."

As the stories go, Kip didn’t miss a game. On the day his daughter was born, he brought his boys to the hospital to meet their sister, and then they were off to a road game at Montpelier.

Liberty Center people are exactly who they were. Kip was a staple in this town. He loved his Tigers, but he loved his family even more. The final conversations he had with the love of his life were the same he’d been having for over 70 years.

"I don't think he ever spoke a bad word to me, I don't believe he ever did. I can't remember," said Cecelia. "He was always kind. Even on his dying bed he'd rub my cheek and say, 'You're so beautiful," and I knew I wasn't because tears were running down my face. He'd say 'You're so beautiful.'"

Kip was the guy no one could say a bad word about. He had a love for his family and the Liberty Center Tigers that kept bringing him back to this stadium. No matter the weather, no matter the circumstances. Kip Kern made it to the games. Now, even though you may not see him in his normal spot in the bleachers, you know he’s still watching every Friday night, and he’s got the best seat in the house.