Jaedyn McKinstry was given a 50/50 shot to live after he was diagnosed with a rare form of cancer. His road back to the football field wasn't an easy one. 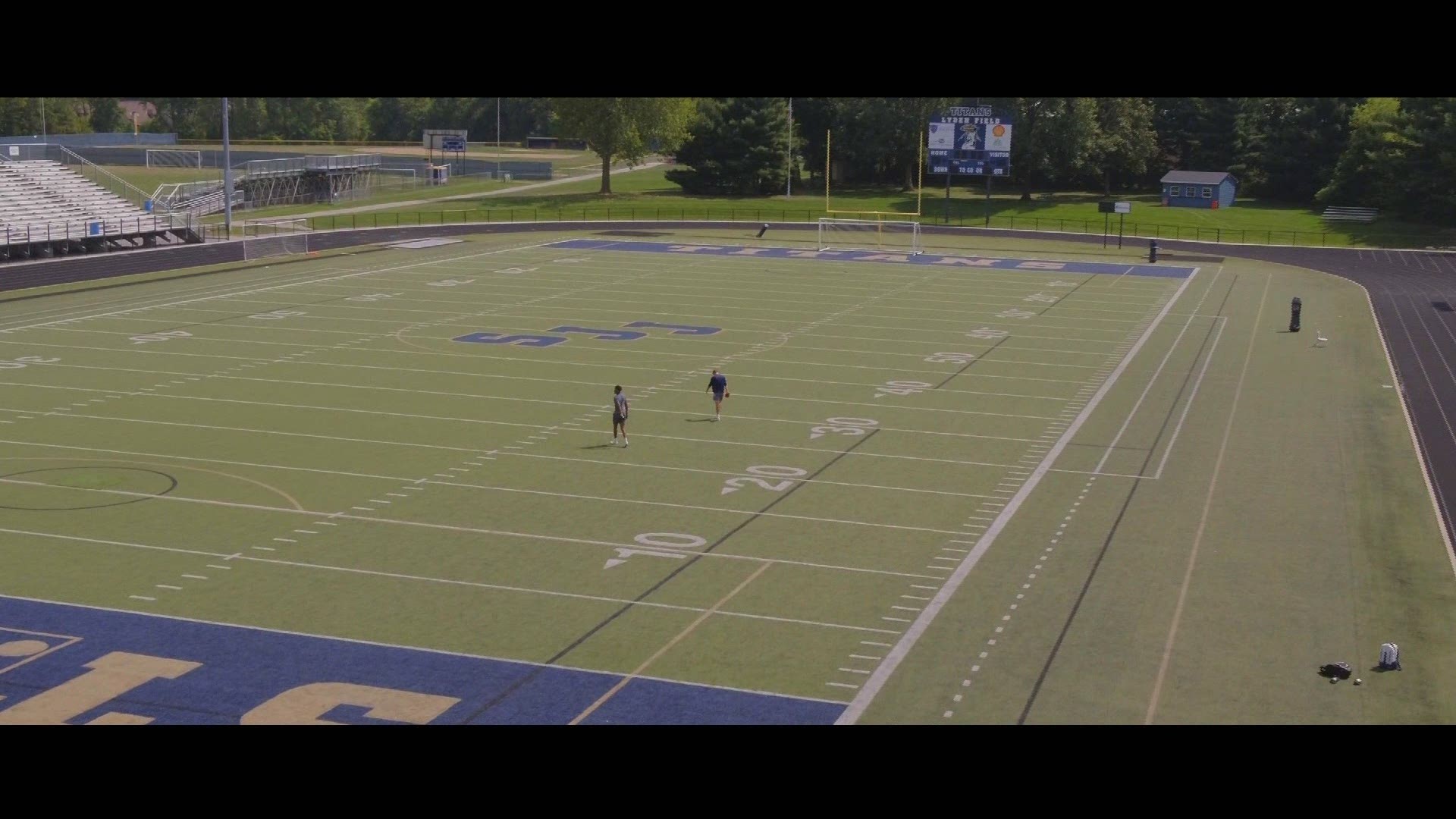 TOLEDO, Ohio — There were so many athletes who were thankful for a chance to play football this season, but maybe no one was happier than St. John’s senior, Jaedyn McKinstry.

His story wasn’t supposed to go this way. In reality, McKinstry shouldn’t even be at St. John’s this year. He should be starting his freshman year of college. But sometimes, life is just unpredictable.

Let’s go back to late 2016. Halfway through his freshman year at Fremont Ross, his mom put him in the car and didn’t give him a choice, he was going to transfer. Cassandra is a strong, single mom. She wanted the best for her boys.

“She told me she wanted me to have a better future and this was the route to go for a better future,” said McKinstry. “At first, I couldn’t see that, all your friends are in one place, and you’ve been in that one place your whole life so that’s where I wanted to be, but after being here for a little bit it kinda clicked for me.”

Not only did it click, McKinstry started to gain the attention of major college football programs across the country. As a sophomore, coaches started taking notice.

“The last piece of hand-delivered mail was from Ohio State’s O-Line coach,” said St. John’s head coach Larry McDaniel. “He said ‘give this to Jaedyn,’ so he was on everyone’s radar.”

But, as I said, sometimes life is unpredictable. In the summer of 2018, while playing in a summer AAU basketball game, Jaedyn went up for a layup and his life changed in that moment.

“I went up for a layup and I just remember getting kneed in my groin area,” said McKinstry. “After that, it swelled up and I had to get surgery to remove whatever that was and that’s when they found it.”

What they found was Rhabdomyosarcoma. A rare form of cancer that forms in soft tissue. He was given a 50/50 shot to survive.

“I remember being confused, really confused,” said McKinstry. “You never really think that can happen to you. You see it in movies and TV shows, but when it’s in real life, you’re just like ‘woah.’”

The news sent shockwaves through the Titans football program.

“You don’t ever want to see any kid go through that,” said McDaniel as he fought back tears. “Especially a kid like him. It’s not something you want to see.”

The fight was on. Jaedyn knew that this type of cancer could be a death sentence.

“There were times I wondered what was gonna happen when they told me that,” said McKinstry. “That did kind of cross my mind maybe once or twice, but I had to stay positive and tell myself I was gonna get through it.”

But Jaedyn fought. He spent an entire year going through surgeries and chemotherapy and trips down to Cincinnati Children’s Hospital. His treatments ended in June of 2019 and he was determined to make it back into the athletic arena.

McKinstry was in for another fight. He returned to St. John’s last year and it took some time to get himself back into playing shape. At this point, he was scheduled to graduate but had lost an entire year of high school, so the St. John’s administration had to appeal to the OHSAA to give him a fifth year of eligibility. In a very rare decision, they granted him that opportunity very quickly.

Now, he’s back at it. He’s expected to be a huge piece to an explosive St. John’s offense and he certainly isn’t going squander this second chance he’s been given.

“He’s got a great family,” said St. John’s basketball coach Mike Schoen. “His mom made so many sacrifices for him. I’m just so happy for him. Just blessed to have him be part of our community and teach us.”