'Without him, there's no me' | Northwood's Moten and Marks thriving despite lifetime of challenges

The dynamic duo of Jay Moten and Demond Marks leads the way for the Northwood Rangers on the gridiron. But their journey to becoming football stars hasn't been easy. 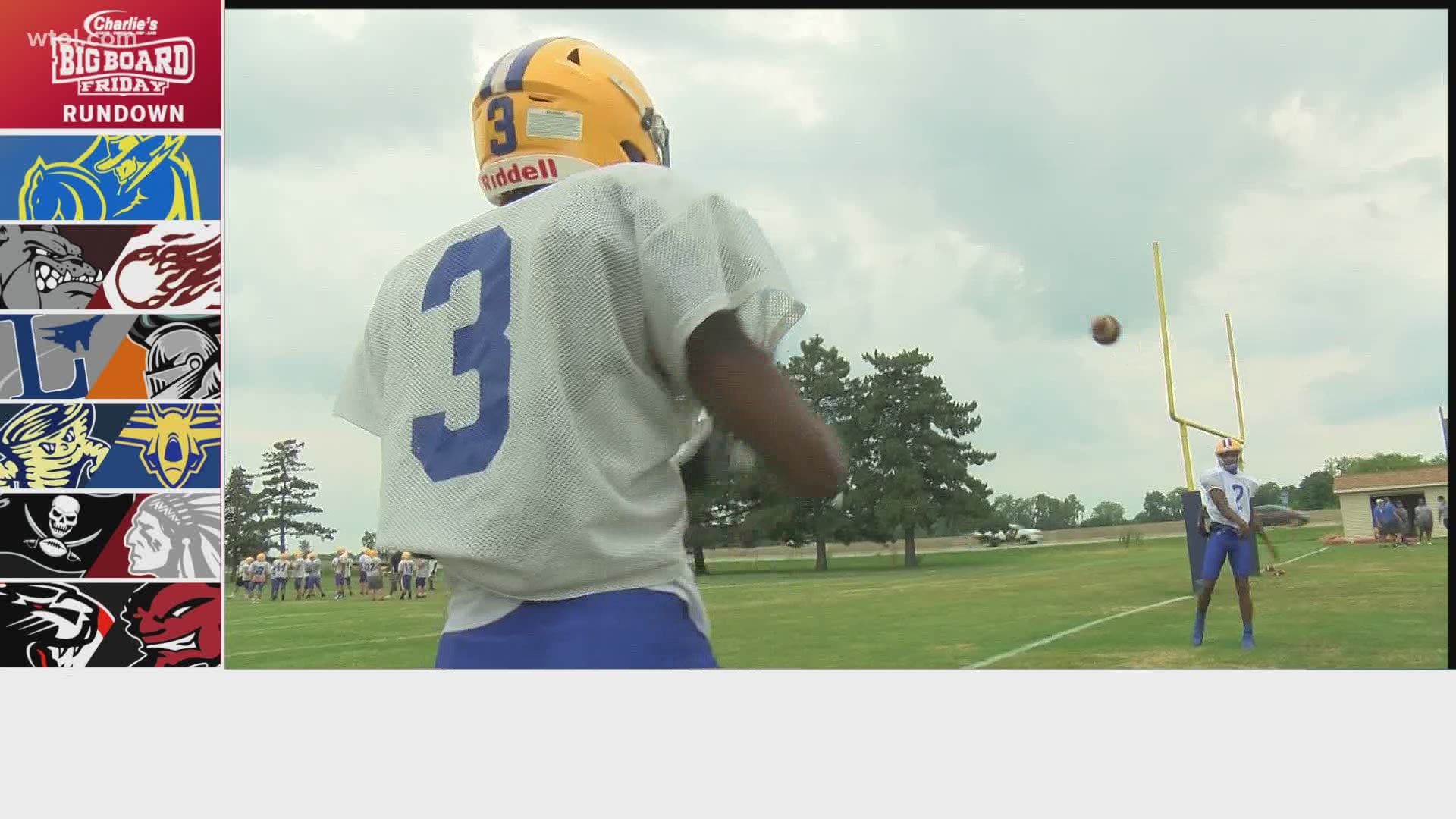 NORTHWOOD, Ohio — The Northwood football team improved to 3-0 tonight with a win over Montpelier. For the Northwood Rangers, their dynamic duo of Jay Moten and Demond Marks continue to lead the way. But, the pair's journey to becoming football stars has been full of bumps in the road.

Whether it’s a highlight reel run or throw from Jay Moten, or an ankle-breaking move from Demond Marks, these two are a nightmare for anyone playing against Northwood.

For Moten, his first chance to shine came three years ago as a freshman. With the team facing injuries in week seven, he was forced into duty - much earlier than they ever anticipated.

“We told Jay about 20 minutes before kickoff ‘Hey you’re going to start and play the whole game,’” said Rangers head coach Ken James. “When we went to team warm-ups, he fumbled the ball the first four plays. Two hand-offs and two snaps. We’re just looking at each other like ‘uh oh, this may not go well.’ At halftime, he had thrown four touchdown passes, had a 50-yard run, and we were up by 42, so he’s been the starter ever since.”

But growing up, things didn’t always come easy for Moten and Marks.

The two are half-brothers. They share the same mom but have different dads. For both Moten and Marks, they never really had relationships with their dads growing up.

They bounced around schools. Even coming into high school, they weren’t always sure where they would be staying. Their mom made the difficult choice to hand over guardianship of the boys so they would have their best chance to succeed.

She wanted the best for their future.

“It was hard,” said Marks. “There are a lot of things I wanted to call my dad for, but he wasn’t really around. We would talk on and off, but not as much as I wanted. But my mom is like a soldier, my mom did everything for us.”

“It was very difficult,” said Moten. “I miss her a lot. But we knew that it was a good thing for the long run to help us get to where we needed to be. Before coming to Northwood, we had no idea what high school we were going to. It kinda just happened.”

That makes the relationship between Moten and Marks even more important. Through all of the uncertainty in their life, the one constant has been that they have each other.

“We’ve been together since we were born,” said Moten. “We grew up together and we had to take care of each other. At some points had to worry about each other. I feel like that made us close. It’s a bond that nobody can break.”

“That’s my partner, like Batman and Robin,” said Marks. “It’s deeper than football and everything. Without him, there’s no me, to be honest. Just having him right alongside of me every day, playing football, I can call him for anything, he can call me for anything. Just knowing he’s there and having him on this journey with me, I wouldn’t rather have nobody else with me.”

Along that journey, life has thrown them some curve balls. When they had nowhere else to stay, Rangers football coach Ken James opened his home to the brothers. For James, his own high school football coach was his mentor growing up and he knows how powerful that can be.

“Having that experience of having someone step in and help me out like that, as I got older, I realized how important that was just for my development as a human being and in my career,” said James. “I just want to try to give that back to the high school kids. I look at being in education as being in the service industry. For me, we’re serving kids and we’re trying to give them the best experience they can have.”

James has been coaching for 35 years at Northwood. He still loves what he does and the kids still love him. The impact he has on young lives goes way beyond the football field.

“He’s a big part of my life,” said Moten. “He changed my life in a lot of different ways. He brought me into the school, he let me live at his house, he’s just been like an extra dad in a way.”

“It’s a blessing to have somebody like Coach James,” said Marks. “Since the first day that I met him, he’s been real with me and honest. Anytime I need anything, he’s there. Even when I needed somewhere to say, he was there. I stayed with him for a few months. It’s kinda like a dad to me too, so I respect him to the fullest. He’s a dad to a lot of people. A lot of people can tell you that. It’s all family. We’re way bigger than just a coach and a player. It’s like family. I can come to him about anything. On the field, off the field, whatever. Even when I graduate, I’m still going to be able to come to him and talk to him about anything.”

Through all of the ups and downs, and all of the rough patches in their lives, the goal is still to go to college and play football for as long as they can.

Right now, that goal is in sight.

They’re hoping all of the hard work is about to pay off. 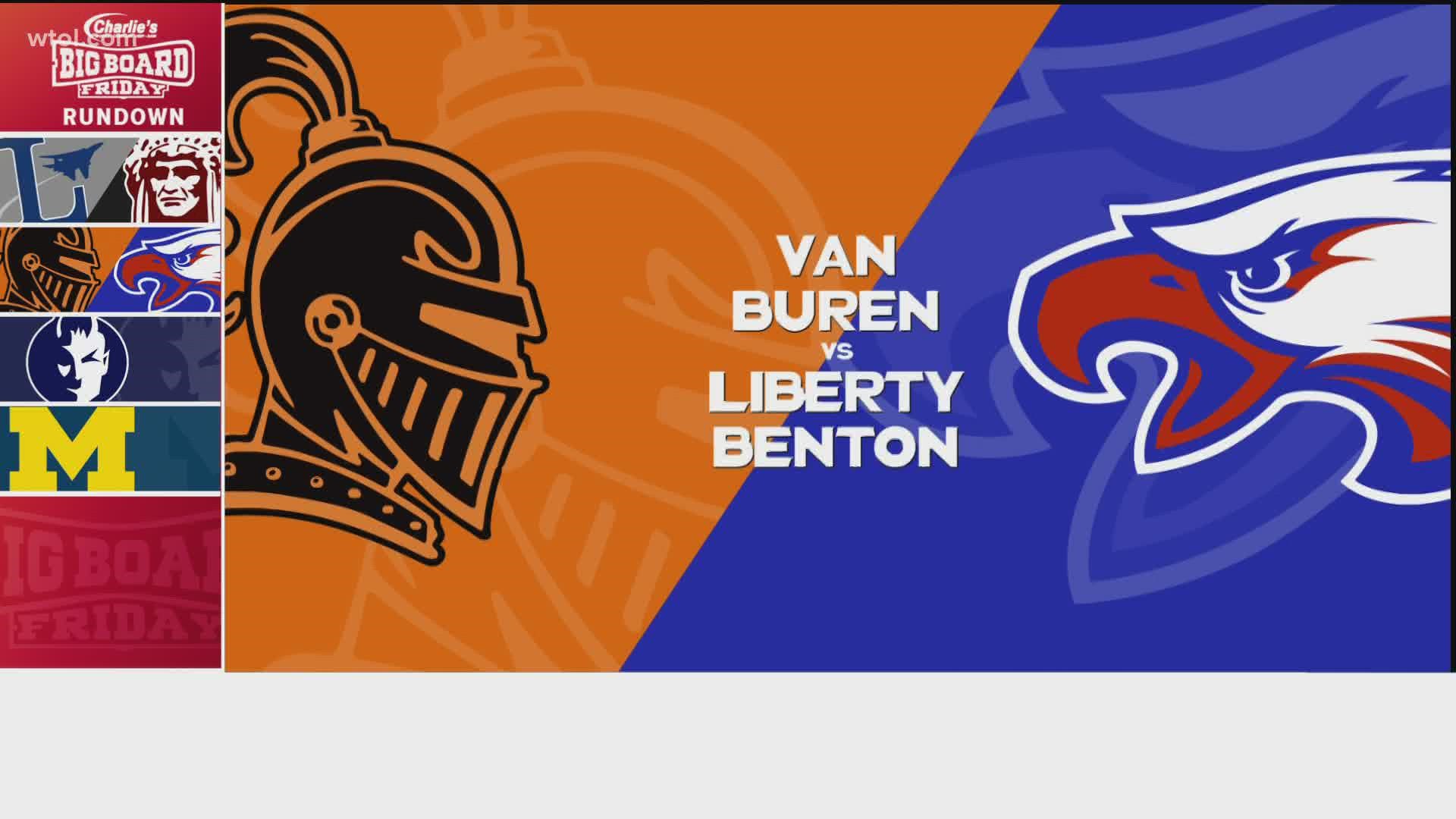