With a stay-at-home order in place, Case Hartman is quickly becoming an internet sensation with golf trick shots inside his home. 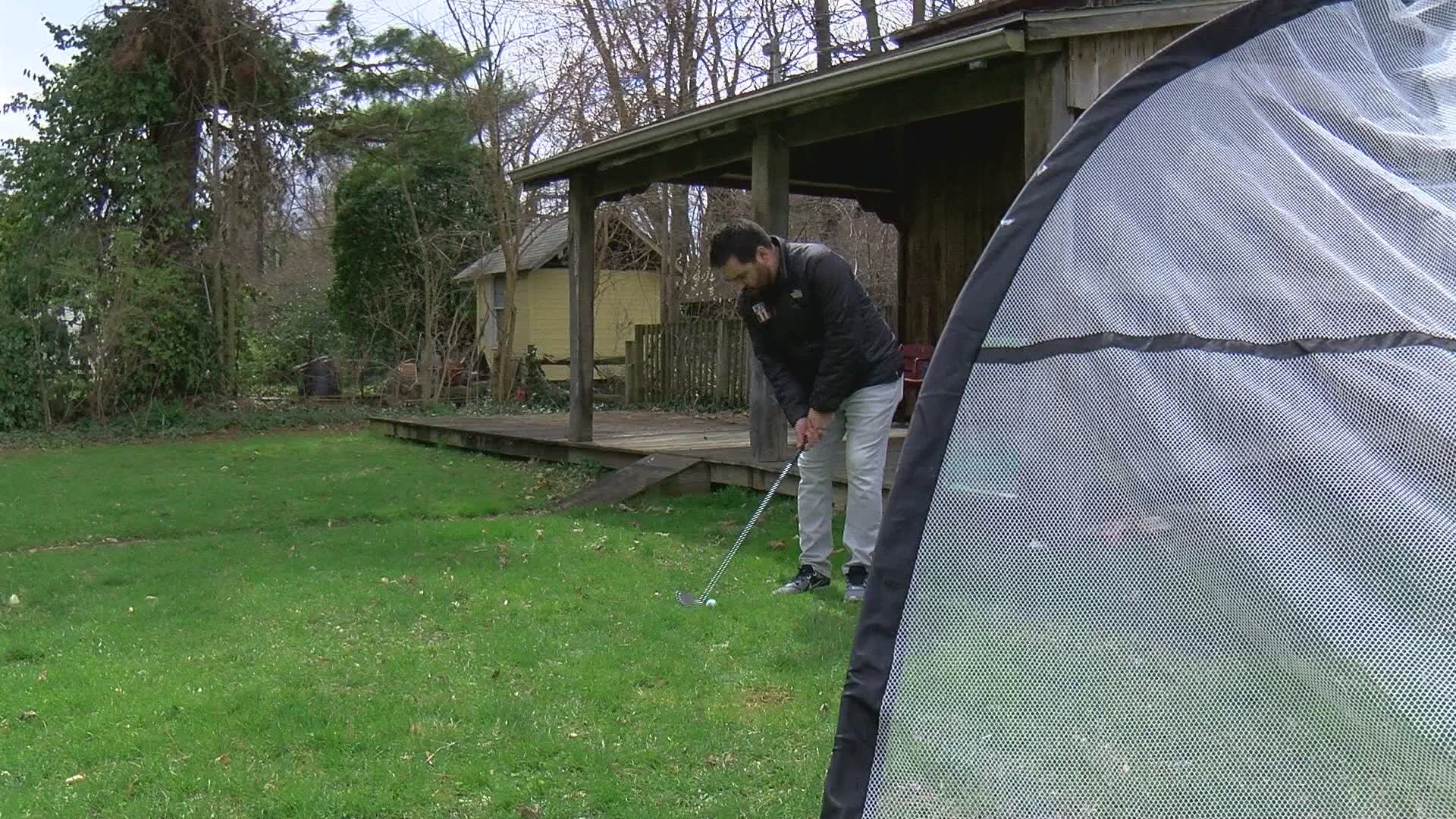 DEFIANCE, Ohio — We are all looking for creative ways to pass the time right now. Whether it's hitting golf balls in our backyard in to a net or turning your house in to a golf course.

That’s exactly what one senior at Bryan High School is doing and it’s pretty darn impressive.

Case Hartman has this golf thing figured out. On the course, he’s no stranger to smashing drives down the middle of the fairway at Auglaize Golf Club in Defiance.

But with a stay-at-home order in place, he’s had to get creative in his house.

“Staying in the house is kinda getting boring,” said Hartman. “So, you gotta spice it up a little and do these trick shots. Sometimes they take forever but sometimes they’re right away.”

These trick shots started when he was young. He was inspired by the guys from “Dude Perfect” who are trick shot artists for every sport. Some of these are easier than others.

But the one that really got Hartman some serious attention is where he’s got a plastic cup attached to the ceiling fan and chips the ping pong ball in to the moving cup. It’s worth a few looks.

“I put one on there and it was chipping a bunch in to the cups,” said Hartman. “That got 190 likes and that’s pretty good for me. I put this one on and almost got 1,000. I was shocked by the fame, I guess. I’ve always liked Twitter and I like putting stuff on there and the people seem to like it.”

Now, if you notice in these videos, he’s got mom’s pots and pans set up for these shots. But she’s been OK with him using them for the trick shots. But for the sake of his parent’s sanity…

“There’s usually one rule and it’s that ping pong balls can’t bounce on the hardwood floor,” said Hartman with a smile. “It makes the noise. Usually I just go in the back room and try something for hours, which is fun.”

The bar has been set high with the ceiling fan shot, but with all the extra time he’s got on his hands right now, there’s no telling what is next.

“It’s gonna be tough to top that one, that one took forever, but I’m sure I’ll find something,” said Hartman.

And we will certainly be watching.

RELATED: AJ Edu getting creative to help himself get back on the basketball court

RELATED: Nigel Hayes ready to help the people of Toledo during the coronavirus pandemic

RELATED: Mud Hens season still on hold due to the coronavirus pandemic