From Toledo's mayor's race, to who will lead the city of Monroe, local school board races and more - find out how the races and issues are turning out. 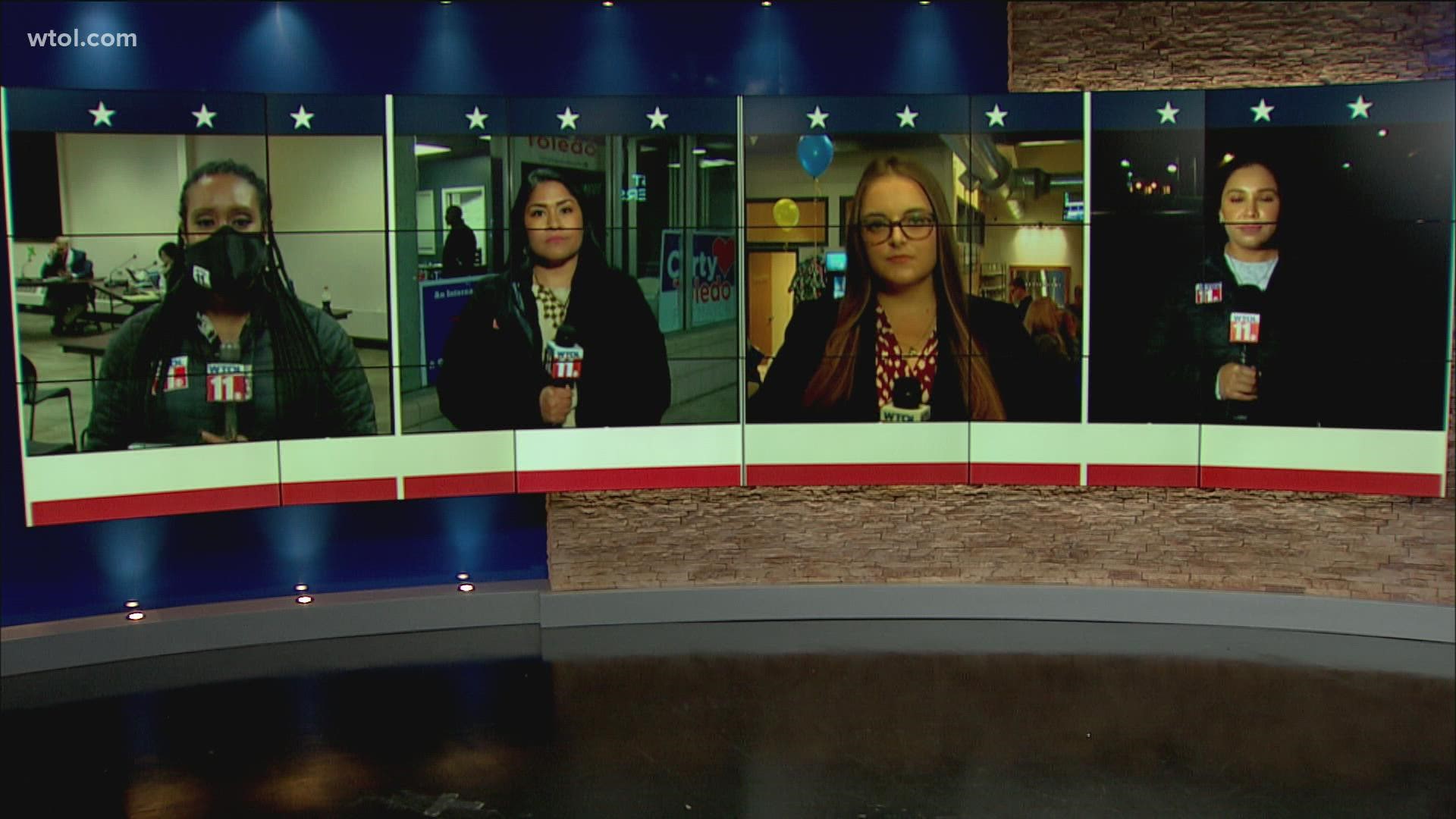 TOLEDO, Ohio — It's all over but the final counting and certifying as polls have closed on the Nov. 2 general election.

WTOL 11 has been tracking the top races all Election Night long. Here's a look at where the candidates and issues stand, keeping in mind that results are never final; boards of election must complete their canvass of ballots by Nov. 23.

“Toledo’s future is as bright as we dream it to be," said incumbent mayor Kapszukiewicz during his declaration. "And tonight by a record margin, Toledoans overwhelmingly voted to embrace that future and reject the past.”

No official result yet.

Live from Mayor Wade Kapszukiewicz’s watch party where they just played “We are the Champions” the Mayor is currently at 70% of all votes counted as of 9:07 p.m.

The Finkbeiner campaign has not conceded. READ MORE: https://www.wtol.com/article/news/politics/elections/ohio-top-race-results-check-here-highlighted-races-link-to-all-results-northeast-ohio-southeast-michigan-elections/512-34d1e51f-345a-4940-93b5-86505e31b536

9:55 p.m.: The Finkbeiner campaign has not conceded. Finkbeiner addresses Kapszukiewicz's declaration of victory.

“It’s always wise for anybody who is in a competitive position to wait until the referee fires the gun to end the game or in this case the voters are all given the chance to have their votes count," Finkbeiner tells WTOL 11 reporter Roxanne Elias. "I think it's really important to learn to be humble and I think the election is not yet over, though he has a lead."

When asked if he plans to concede, Finkbeiner says, "I don’t look at politics as a game, I look at politics as a pretty great opportunity to make a difference in people’s lives and then as you choose those people, let’s let the professionals make the final ruling on what the point scores is at the end of the game. We’ve got enough time. We’ve got enough time tonight, tomorrow morning, to hear about that."

Finkbeiner has left his campaign headquarters.

WTOL 11 reporter Emma Henderson asked Kapszukiewicz why he was so confident in declaring victory early.

“Well, because we’re good at math," Kapszukiewicz replied with a laugh. “I may have declared victory early, but I think the numbers have held up just exactly where we thought they’d be. But, regardless, we knew early on when we saw the first results come in that we weren’t just gonna win, but we were going to win by a record-breaking margin. And I think what that shows is that Toledoans are embracing our limitless future, they didn’t want to go back to the past.

"So, we know our ways around precinct numbers and when that first batch came in it was clear we didn’t just win, we won by 30, 35 points. And that’s an indication that the public wants us to build on our progress and they didn’t want to go back to the past. So, we’re gonna get to work tomorrow.”

1:25 a.m.: Unofficial final results from the Lucas County Board of Elections show Wade Kapszukiewicz wins with 68.90% of the vote to Carty Finkbeiner's 29.71%. 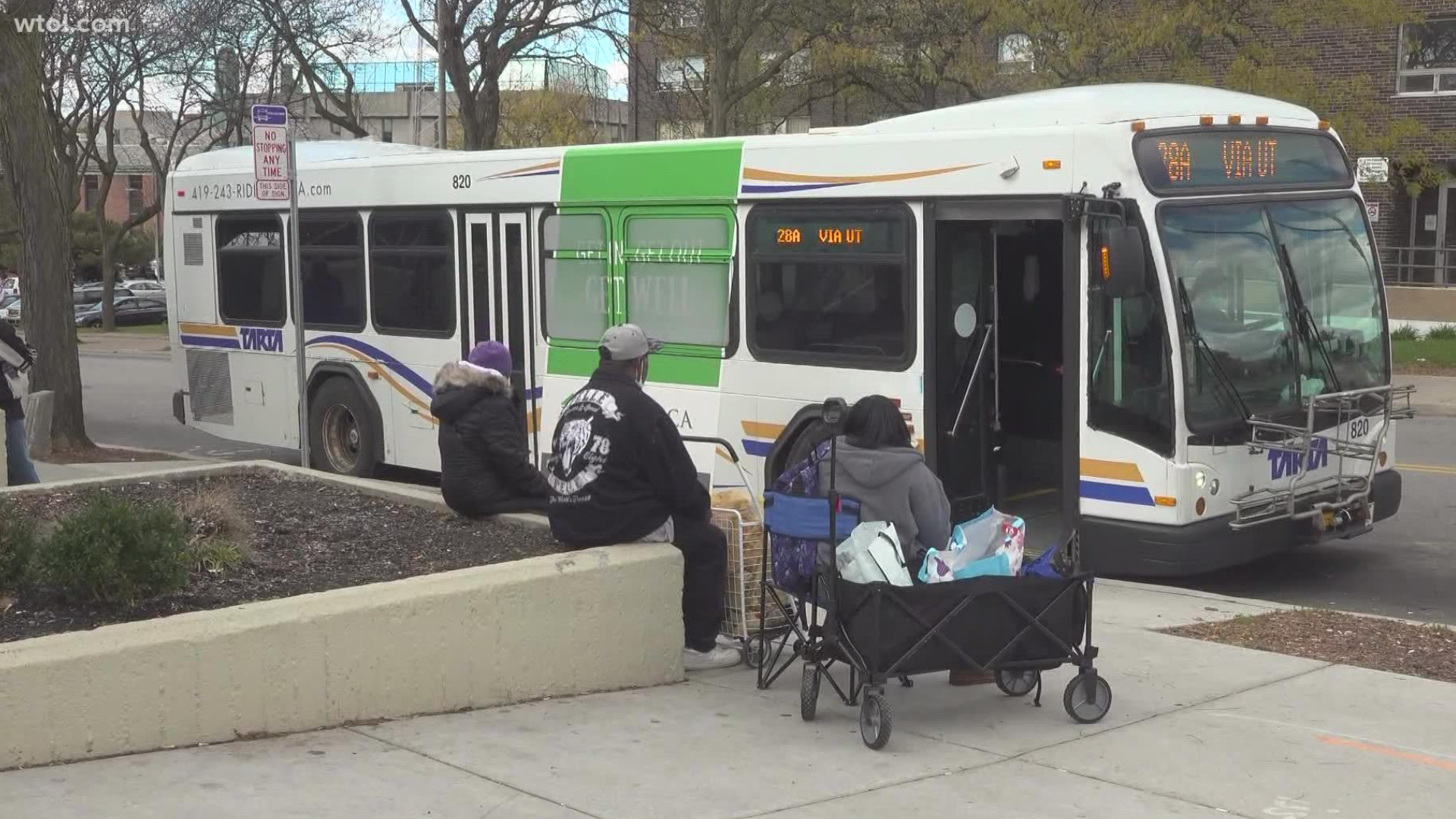 Election night saw the passage of Issue 12, which changed how TARTA gets funding from taxpayers