Chief Mark McDonough and 12 officers took over a wing of Whitehouse Primary School Monday, honing skills they hope they'll never need to use. 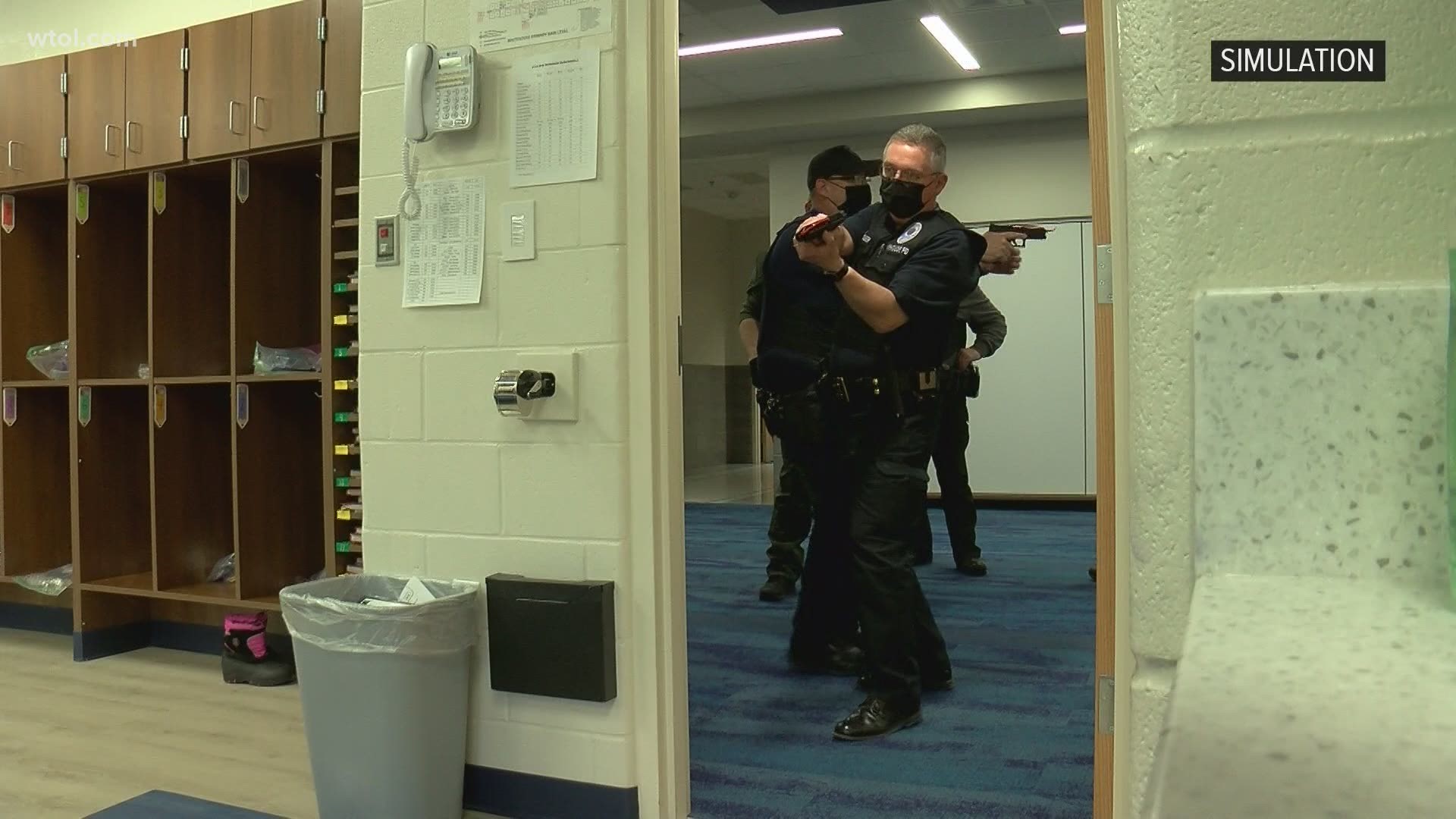 WHITEHOUSE, Ohio — As more kids return to their classrooms, keeping them safe is no doubt at top of mind. That's why Whitehouse Police officers on Monday honed skills they hope they'll never need to use.

"The reason why we're doing it here tonight is not just to come and to play Rambo or anything like that," Whitehouse Police Chief Mark McDonough told WTOL 11. "Our job is to make sure our community is safe and let them know because we are doing this training that their confidence in the Whitehouse Police Department remains high."

McDonough and a dozen of his officers took over a wing of Whitehouse Primary School Monday, preparing for a worst-case scenario: an active shooter.

It's training they do on a quarterly basis led by Officer Devin Lafferty.

"The state of Ohio has been growing and learning from experiences," Lafferty said. "Any time there's an active shooter, we evolve as the situation evolves. So we have to be constantly on top of that. We have to constantly evolve and change our tactics up."

"The biggest issue is it's one of those things that is perishable," McDonough said. "So we want to make sure that our officers are ready to go, Lord forbid that we were to have some sort of active shooter incident."

In situations like these, time is of the essence. WTOL 11 was given exclusive access to the department's drills in which officers cleared rooms both solo and in pairs.

"Really honing in on the concept of getting to the threat and how to allow an officer to engage the threat (while) also being protected themself," Lafferty explained.

After all, McDonough says field training will always trump the classroom.

"We want not just lectures but we need to have those hands-on skills for these officers so when, Lord forbid, they have to use them, they're able and prepared."