The video shows another student approaching the boy from behind, grabbing him and throwing him down against the bleachers while ripping a pride flag from his neck. 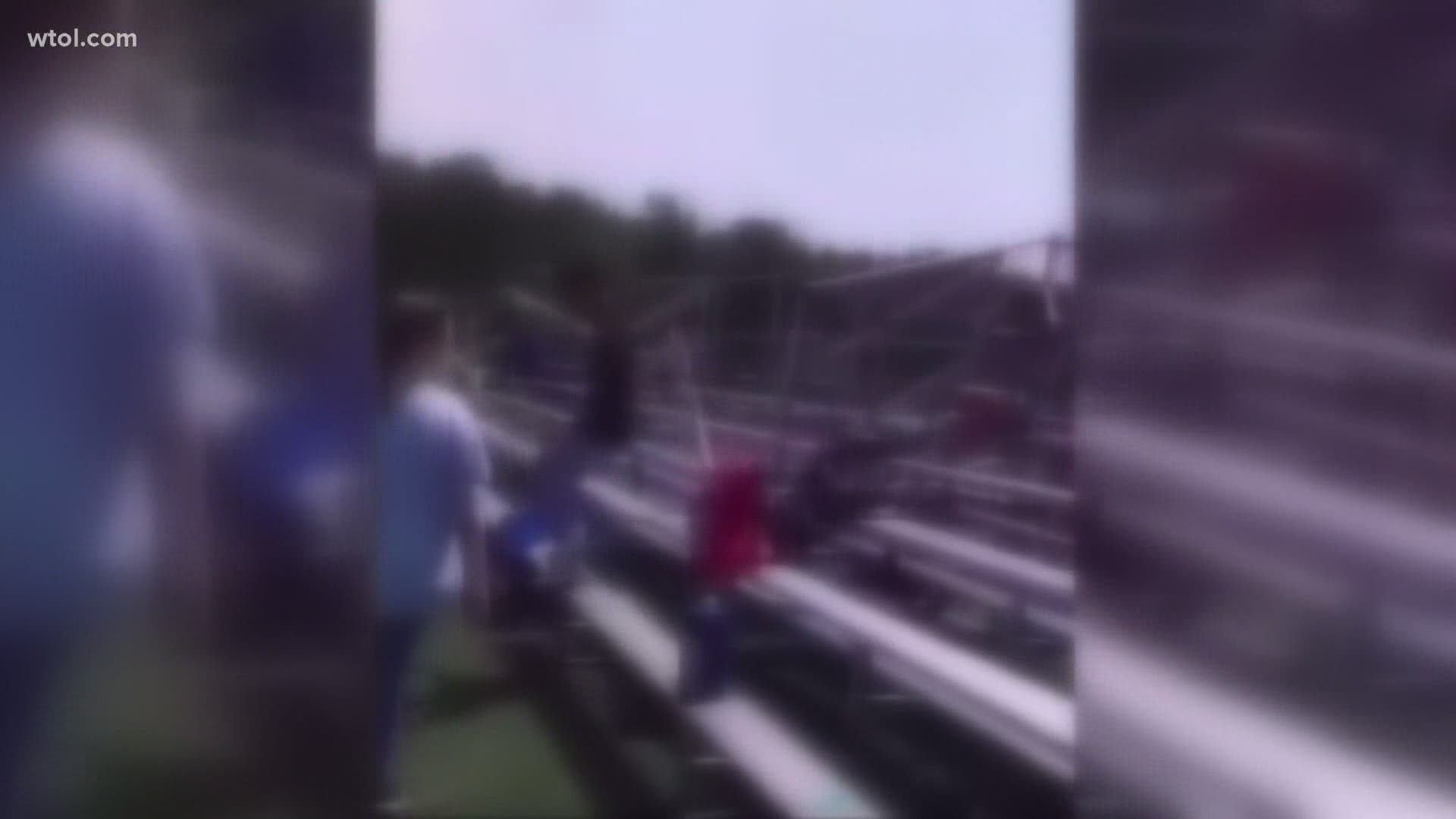 DEFIANCE, Ohio — A video of an attack on an eighth grade student from Defiance is going viral on social media.

Speaking with WTOL 11, Tristen explains students were given time outside to celebrate the last day of classes.

The video then shows another student approaching Tristen, who is facing away from the field wearing a pride flag around his neck, draped over his shoulders.

The student, who Tristen says he doesn't know that well, grabs him from behind and throws him down against the bleachers.

"He hit me with the flag that I was wearing, after ripping it off my neck," Tristen says.

"I wake up to my son coming home and telling me he was roughened up today," Brianne Torrez, Tristen's mother, explains. "He's so used to the bullying it was kind of nothing to him, but to me, it was heartbreaking."

WTOL 11 asked Tristen why anyone would attack him.

"I've heard that it was a dare. Someone told me it was because I said a racial slur, which was completely false," he says, "some people said it was because I'm gay and just to do it any way."

Someone posted the video on social media. It quickly gained a lot of attention.

Brianne says a lot of people immediately reached out to her and her son, offering support for Tristen and his coming out as gay.

"This was my official way of saying I was gay and not trying to hide it," Tristen says about wearing the pride flag.

"Things like this are going to make students or people in general scared to come out," Brianna says. "I think that if more parents are open and have a good relationship with their child they shouldn't need to be scared to come out and know that it's OK."

Superintendent Bob Morton replied, "We are aware of this situation and it was dealt with swiftly with school administration and local law enforcement! Situations like this are taken seriously. We appreciate you bringing it to our attention."

If you are a young member of the LGBTQ+ community in need of support, The Trevor Project is a free, confidential way to speak with someone who can provide help. Counselors and peer support are available 24/7.