The coroner's office will perform an autopsy Thursday morning to determine the cause of death. Results are expected by 1 p.m. 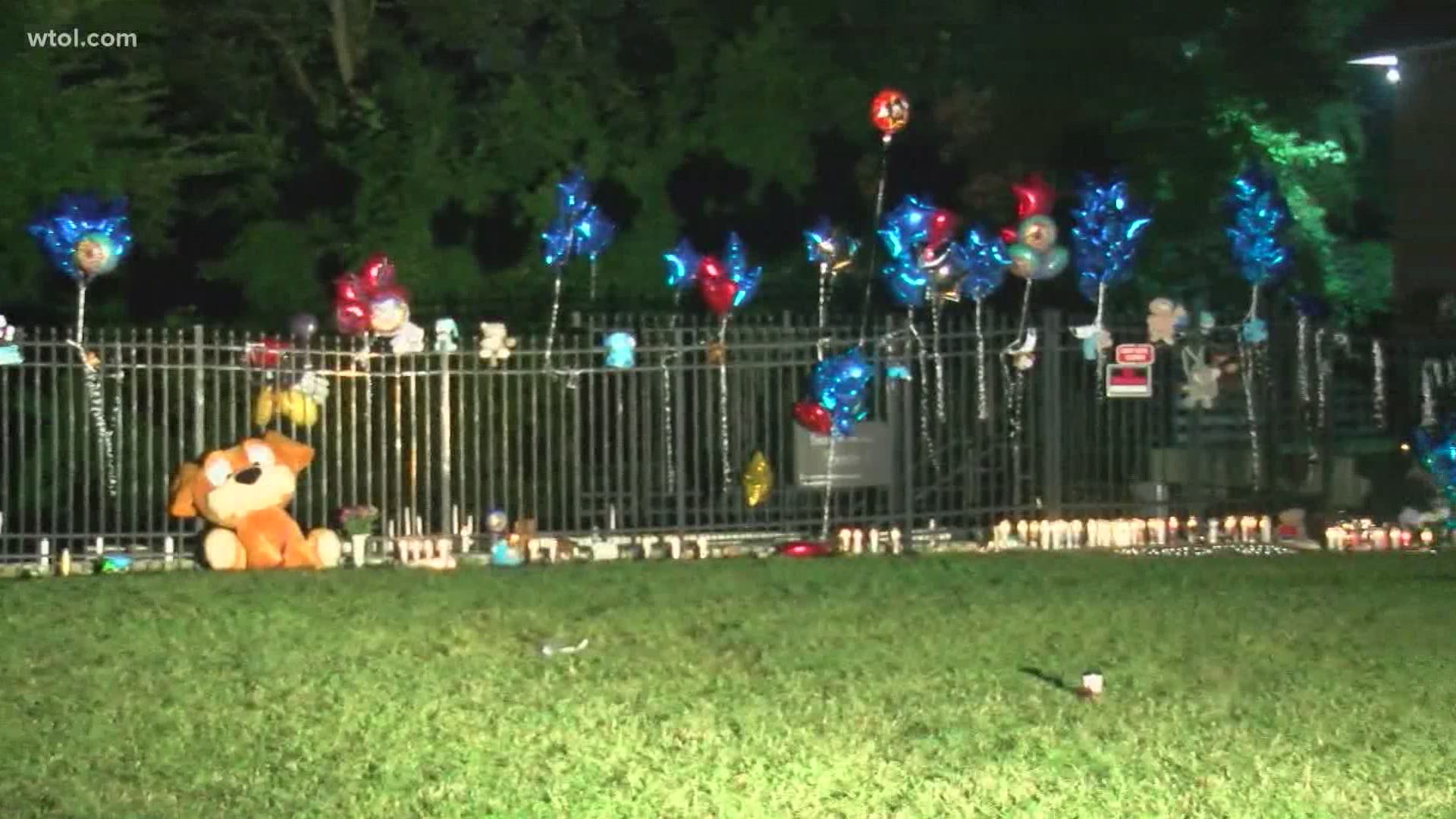 TOLEDO, Ohio — The Lucas County Coroner's Office confirmed the body of an infant found in the Hunters Ridge apartments' swimming pool is 3-year-old Braylen Noble, who had been reported missing last Friday.

Toledo police announced a body they believed to be of Braylen was found Wednesday afternoon.

The coroner's office will perform an autopsy Thursday morning to determine the cause of death. Results are expected by 1 p.m.

Braylen was reported missing from the 3400 block of Gibraltar Heights Drive at the Hunters Ridge apartments Friday afternoon.

Organizers asked attendees to remain peaceful and to bring their own candles, though they will have a few available for those who don't bring one.

The search for the boy began around 12:30 p.m. Friday when Braylen's grandmother called the police because she and the boy's mom couldn't find him.

She said he jumped or fell out of a third-floor apartment window shortly after 12 p.m.

The pool was searched by divers on Friday, but nothing was found then. That tragically changed, six days later, as it's believed the toddler who was nonverbal and has autism, was discovered in the water.

Braylen's mother and grandmother were escorted away from the apartment complex by police. They were not wearing handcuffs.

During the initial 911 call placed by Braylen's grandmother on Friday, she noted that they had searched the apartment and outside at the complex and saw no sign of the missing boy.

Police say it's common to revisit already searched areas to see if anything was missed, and that's what happened Wednesday.

RELATED: VERIFY: Answering your questions about the Braylen Noble investigation

More than 100 people gathered Wednesday night for a candlelight vigil in honor Braylen in front of Hunters Ridge apartments.

Teddy bears, candles and balloons lined the perimeter of the pool where police and firefighters found Braylen's body just hours before the vigil began early afternoon.

"I wanted to support him, I wanted to show my condolences for him," vigil attendee Marcinni Leal said.

Leal has been watching the searches for Braylen unfold on the news and said now is a time the community needs to come together.

"This is Toledo, we love everybody, you see everybody is all different colors out here, there's not just one specific group of people," vigil organizer Talaya Hill said.

After learning about Braylen's death, Hill posted on Facebook about the vigil, bought candles and worked alongside Braylen's cousin so the community could mourn together.

"I felt like this was a better way of grieving when you're around a lot of peopel that's feeling the way you're feeling, so, the love is much needed, especially for the family," she said.