'The Spot' at Oak Openings offers a sense of tranquility for some, nostalgia for others

The hundreds of red pine trees are unique because they aren't native to northwest Ohio. The pines started as an economic opportunity but became an iconic local spot. 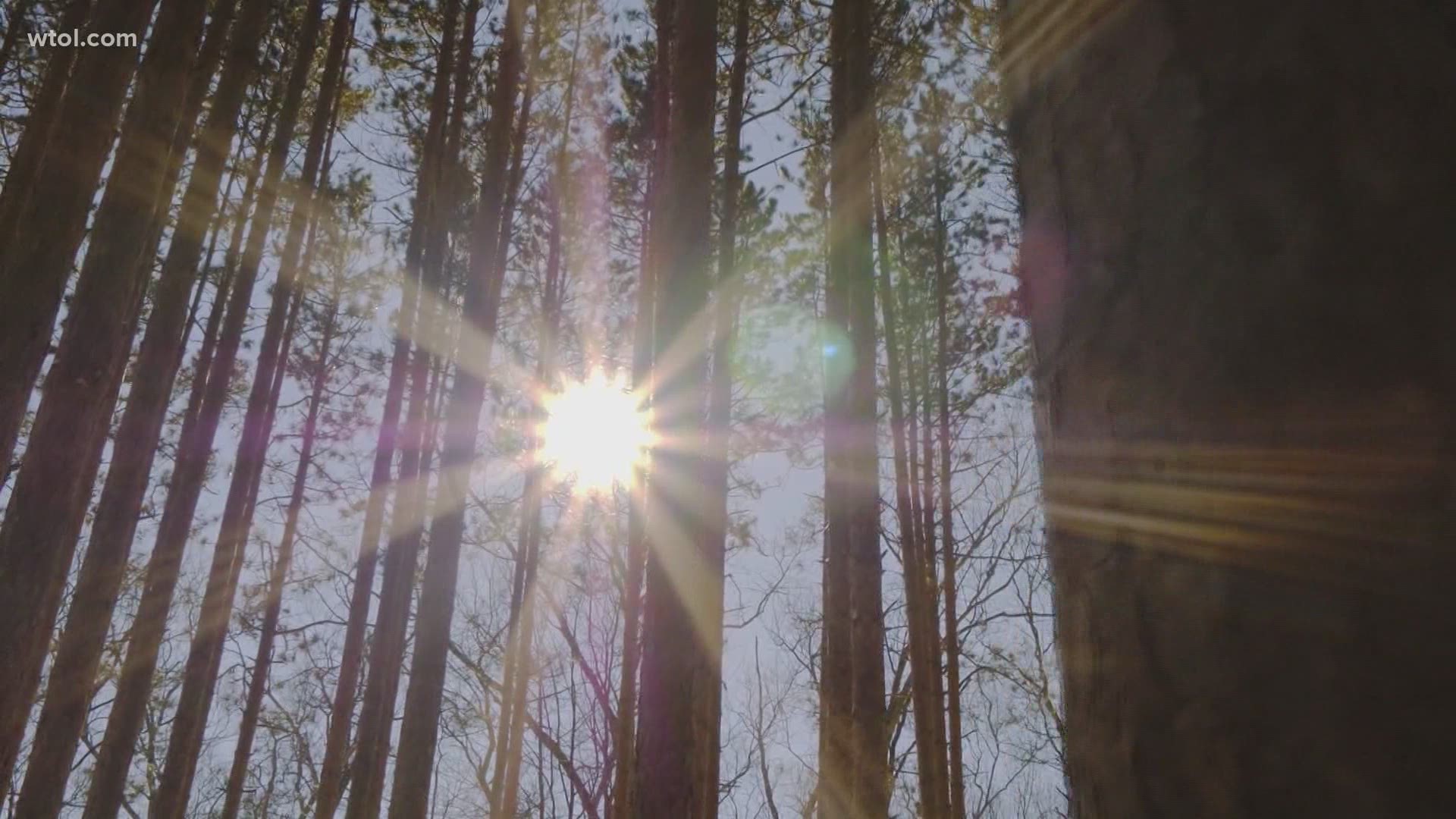 SWANTON, Ohio — If you have ever just wanted to get away, there's an escape from everything right here in our own backyard.

It's known as "The Spot" at Oak Openings Preserve metropark in Swanton and visitors say there's more to it than just the beautiful scenery.

"There are just views here you can't get anywhere else," said Cassidy Ladd, a photographer and owner of Vibe Garden Images and Video.

Tim Schetter, the director of natural resources for MetroParks Toledo says this sea of red pine at Oak Openings Preserve Metropark goes back to the late 1950s and early 60s.

"The time of planting you know, think of the civilian conservation core and the soy and water preserve of the mid 20's century. Pines were an economic part of the American landscape. People really like to see pines," Schetter.

Here at "The Spot," there are about 4 acres of the red pine trees, totaling around 2,400 individually.

To put things into perspective, that is about the size of four football fields.

They were initially planted to generate money for the park system, but because people grew to love them, the park district decided not to harvest them.

"We had a lot of good times out here and it was very, very interesting," said former Toledo City Councilman Peter Ujvagi.

For Ujvagi, "The Spot" is nostalgic.

"My family came to Toledo after escaping from Hungary after the Hungarian revolution. And one of the things that I did was become a Cub Scout, a Boy Scout, which back in the Hungary was prohibited by communists. And one of the places that Boy Scouts used to come out to was out here to Oak Openings," explained Ujvagi.

It turns out, he camped out at "The Spot" and actually planted some of the trees when he was about 12 years old.

Now, more than 50 years later, it's become a favorite spot for visitors and photographers.

"Since I started doing shots here, it's just... Interest has gone through the roof. Everybody wants to come out here because it just really offers something unique to the northwest Ohio landscapes that you just can't get anywhere else," said Ladd.

That's because the trees aren't native to this area, but they're here to stay.

"I think this is a great spot and if you want a photoshoot, come down here and do it soon 'cause I know that it won't be around forever," said Ladd.

You can locate "The Spot" in Oak Openings Preserve at 4139 Girdham Rd. in Swanton.