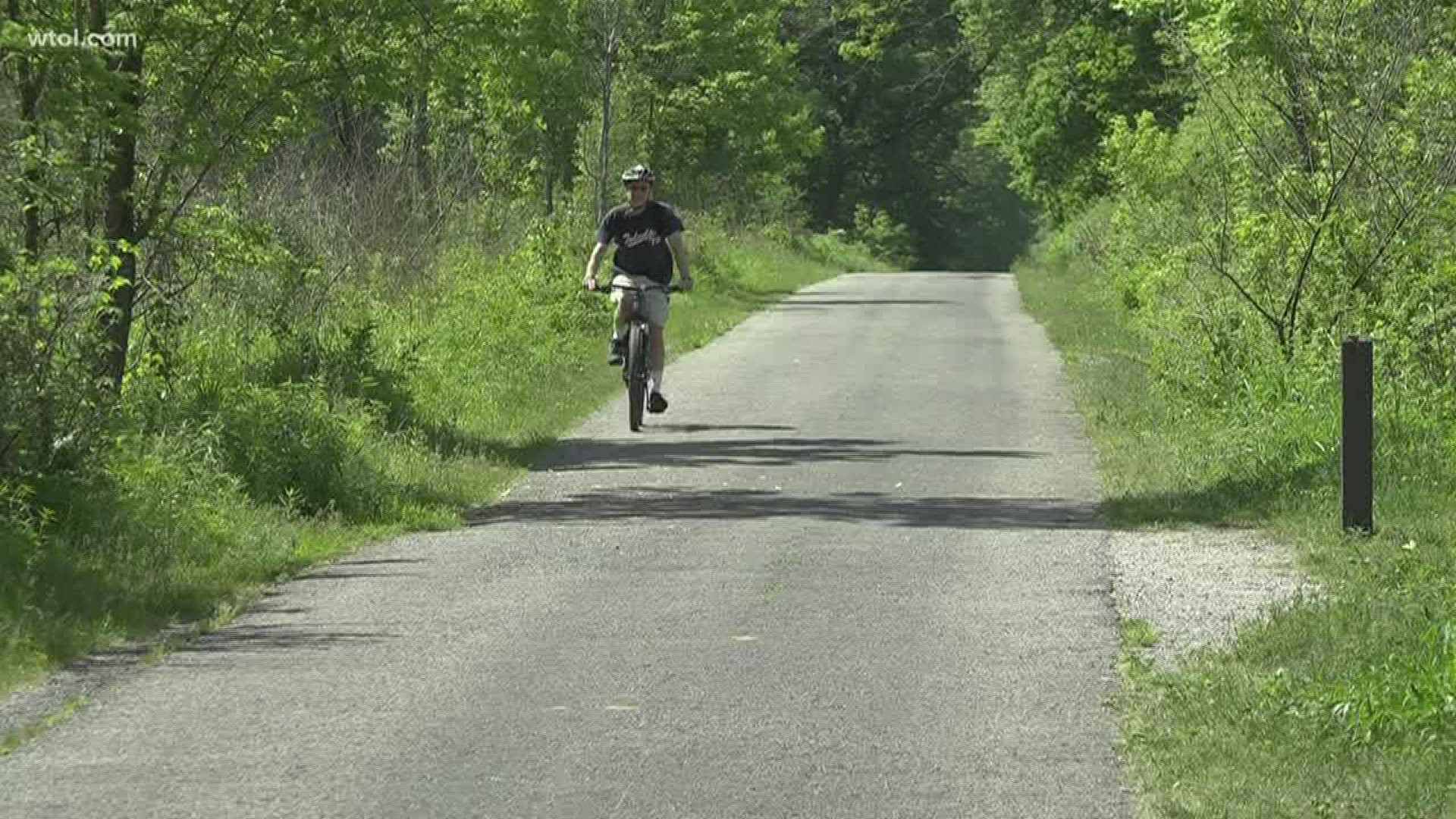 Ten years after a cluster of tornadoes and severe weather swept through northwest Ohio, some places that were impacted are still recovering.

Recovering from a tornado obviously takes time, but homes can eventually be rebuilt and infrastructure can be repaired.

However, at Oak Openings Metropark, where trees take decades to fully grow, the scars of a tornado touching down are still visible 10 years later.

If you walk or ride past this stretch of trail at Oak Openings Preserve, you may not realize it was the site of devastation 10 years earlier.

However, to really get an understanding of the lasting impact, you have to get well above the ground.

Now, even 10 years later, that tornado alley is blatantly visible from above.

"There were a few trees that were damaged that we left as snag trees for wildlife, you can maybe see those and realize what happened. But by in large, for the most part, park users really don't notice that subtle difference that there was a disturbance by a tornado," Gallaher said.

Gallaher said it took about two to three years to restore the area by removing fallen trees and holding controlled burns. And though this stretch is no longer filled with mature trees, nature has adapted well.

That tornado alley is now a vibrant habitat for ground nesting birds, and has shown an increase in plant diversity, jumping up from about less than 12 species per 20 square acres up to 60 species.

"(It's) very diverse, a great area for wildlife to use year round and also as stopovers in the spring and fall as migration corridors," Gallaher said.

RELATED: Watch out for ticks when spending time outdoors