The power of the pull returns to Bowling Green

Thousands of dollars in prize money are at stake in this roaring, ground shaking National Tractor Pulling Championships at the Wood County Fairgrounds. 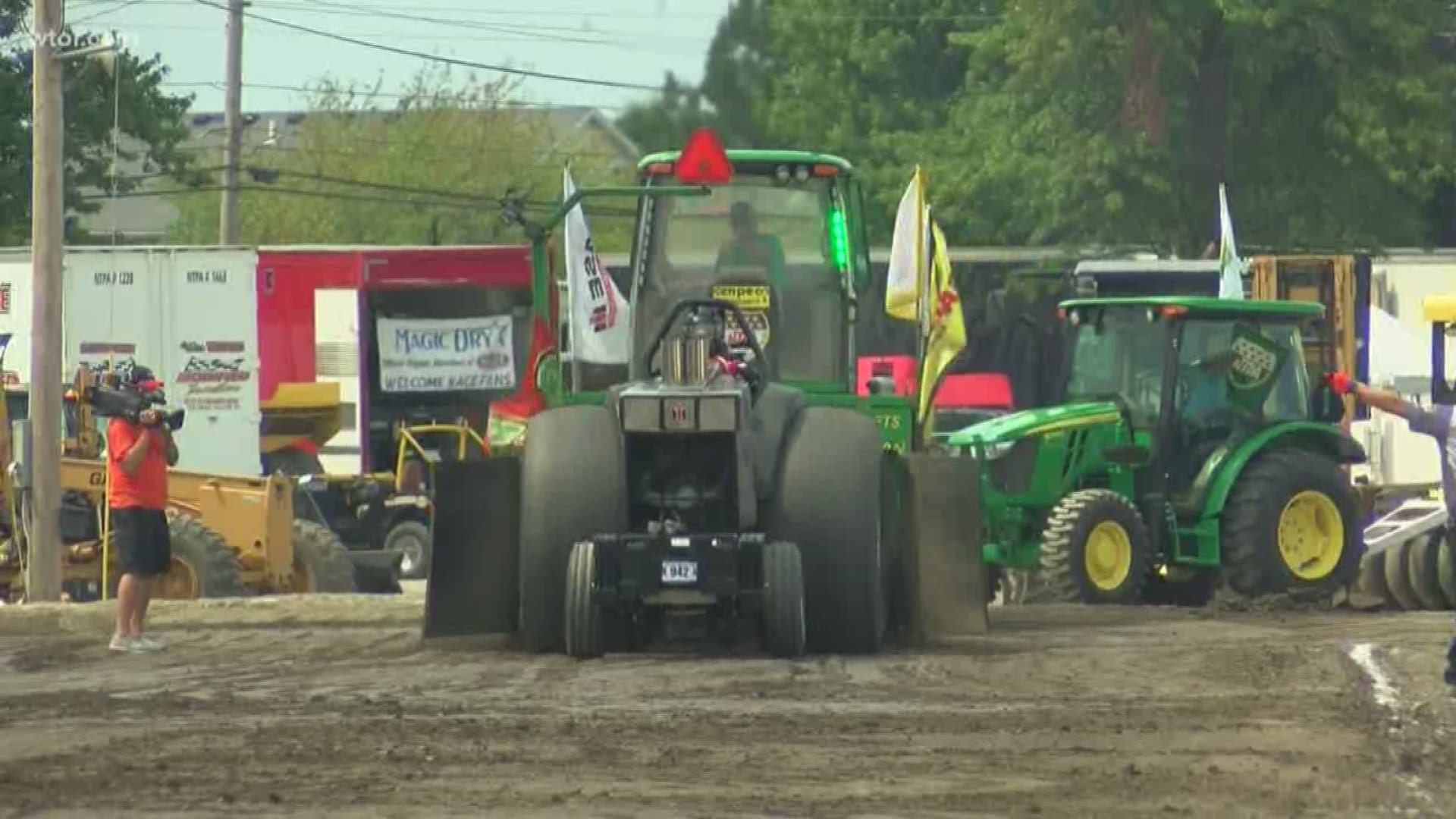 BOWLING GREEN, Ohio — For the past 53 years, Bowling Green is renamed Pulltown every August because of the National Tractor Pulling Championships at the Wood County Fairgrounds.

Thousands of dollars in prize money are at stake in this roaring, ground shaking Super Bowl of pulling.

It's John Deere versus Massey Ferguson versus International Harvester.

When drivers go the entire 330 feet down the dirt track pulling a weighted sleigh, it's a full pull.

"It's not a drag race. It's a tale of the tape measure. It's not who can go the fastest it's who pulls the farthest," said David Schultz of the National Tractor Pulling Championships.

The pullers have pulled together with Make A Wish to raise $100,000 at a track side auction.

"It's an amazing day and we get to grant a whole lot of wishes for the kids in northwest Ohio," Kelly Phillips of Make A Wish said.

Kids like 10-year-old  Alexander Craig, a student at Central Trail Elementary School in Sylvania Township, has a genetic mutation of one of his chromosomes and is confined to a wheelchair.

Last year, Make A Wish granted his wish of going to Disney World to meet his favorite characters.

"He has such a great time because he was able to meet princesses, see different characters. His favorite is Mickey," Alexander's mom Sheri Craig said.

There were big engines and big hearts this weekend in Pulltown and you have to admit that is not a bad combination.

Cedar Point's anniversary Gold Pass is $99 and gives unlimited visits, free parking for rest of 2019 and all of 2020