Save UTMC Coalition reaches out to interim UToledo president

The south Toledo hospital has experienced financial strain in the last few years and recently solicited proposals to acquire, lease, or co-manage the facility.

TOLEDO, Ohio — The Save UTMC Coalition is continuing to push the University of Toledo to maintain ownership of the school's hospital and improve the way it is managed.

Amid ongoing fiscal challenges, the University has recently asked for bids to purchase the hospital or proposals for partnerships to run the hospital.

On Saturday, a number of local figures and supporters showed up outside University Hall on the University’s campus to welcome the new president and ask for his full attention to the issue.

The University of Toledo announced this week that their new interim President would be Dr. Gregory Postel.

"We heard that the new interim president might be here today. We wanted to welcome him if he was here and let him know about the issues we have going on that he's faced with now,” said Randy Desposito, President of AFSCME Local 2415, who represents University of Toledo employees.

The group also recently released an open letter to the new president expressing disappointment in the lack of experience in managing academic medical centers by members of the UToledo Board of Trustees.

State Senator Teresa Fedor, a member of the Save UTMC Coalition, also called for the resignation of the dean of the University of Toledo College of Medicine and Life Sciences Dr. Christopher Cooper this week in response to what she says is the growing number of medical professionals leaving the south Toledo Hospital.

On Saturday, Dr. Cooper responded to the calls for his resignation and other concerns of the Save UTMC Coalition. 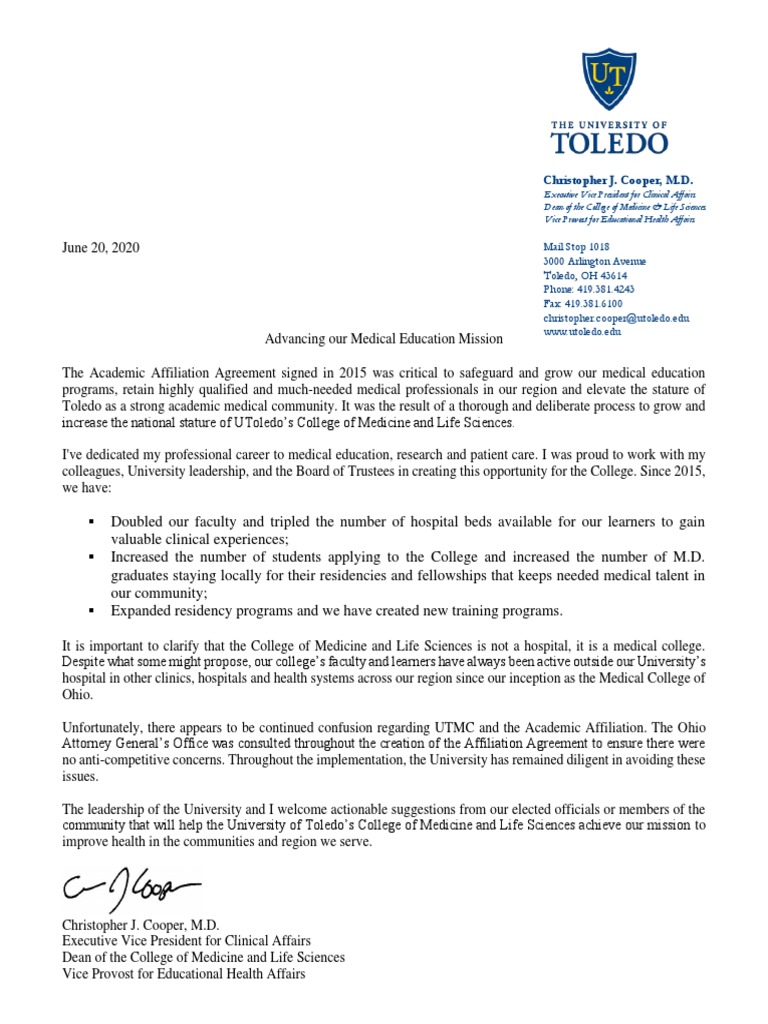 According to his statement, since 2015, the college has: