Evidence of mold led the City of Maumee Zoning Division to declare one of the apartment buildings uninhabitable, with concerns of potential collapse. 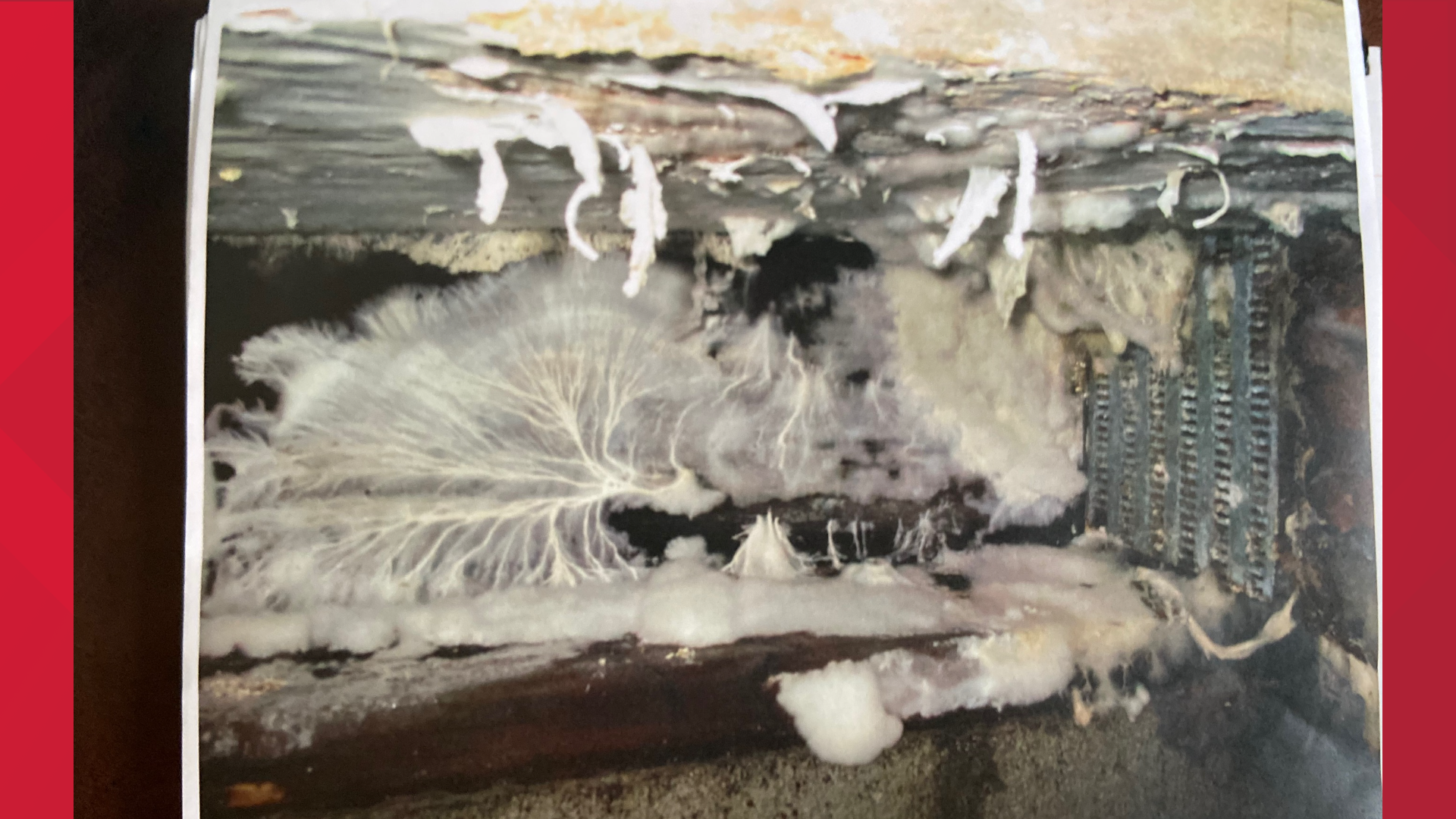 MAUMEE, Ohio — A mold problem at the Chesterfield apartments in Maumee has forced several residents to leave their homes.

It wasn't something the residents had signed up for and they're now stuck looking for another place to live.

"We got a call last week from one of the residents that lived here. Was very concerned with the floors in his apartment being very spongy," said Andy Glenn, Zoning Administrator for the City of Maumee.

He says a building inspector was at the building Thursday and returned with photos of the damage.

Glenn says pictures they have show evidence of mold, and so the building was deemed structurally unsafe.

"There definitely is fear of some collapse, potentially, and we just weren't gonna take that chance," Glenn explained. "We wanted to make sure that anybody that does rent in Maumee feels comfortable that if we have knowledge of anything like this, we're gonna immediately take care of it."

WTOL 11 tried to speak to some of the residents moving their belongings on Tuesday, but residents declined to speak on camera.

One of those residents says the landlord gave them the option of either taking a settlement or staying at a paid hotel.

Glenn wants other residents of Chesterfield of Maumee to know that the rest of the buildings have also been inspected and at this point are safe to live in.

We checked in with the landlord but have not heard back at the time of this writing.

Glenn says mold could be happening inside your home and you may not even know it.

That's why it's important to check for spongy floors and always remember to unblock your crawl space vents.