He received his medal for his service in Vietnam, but he sees it a little differently. 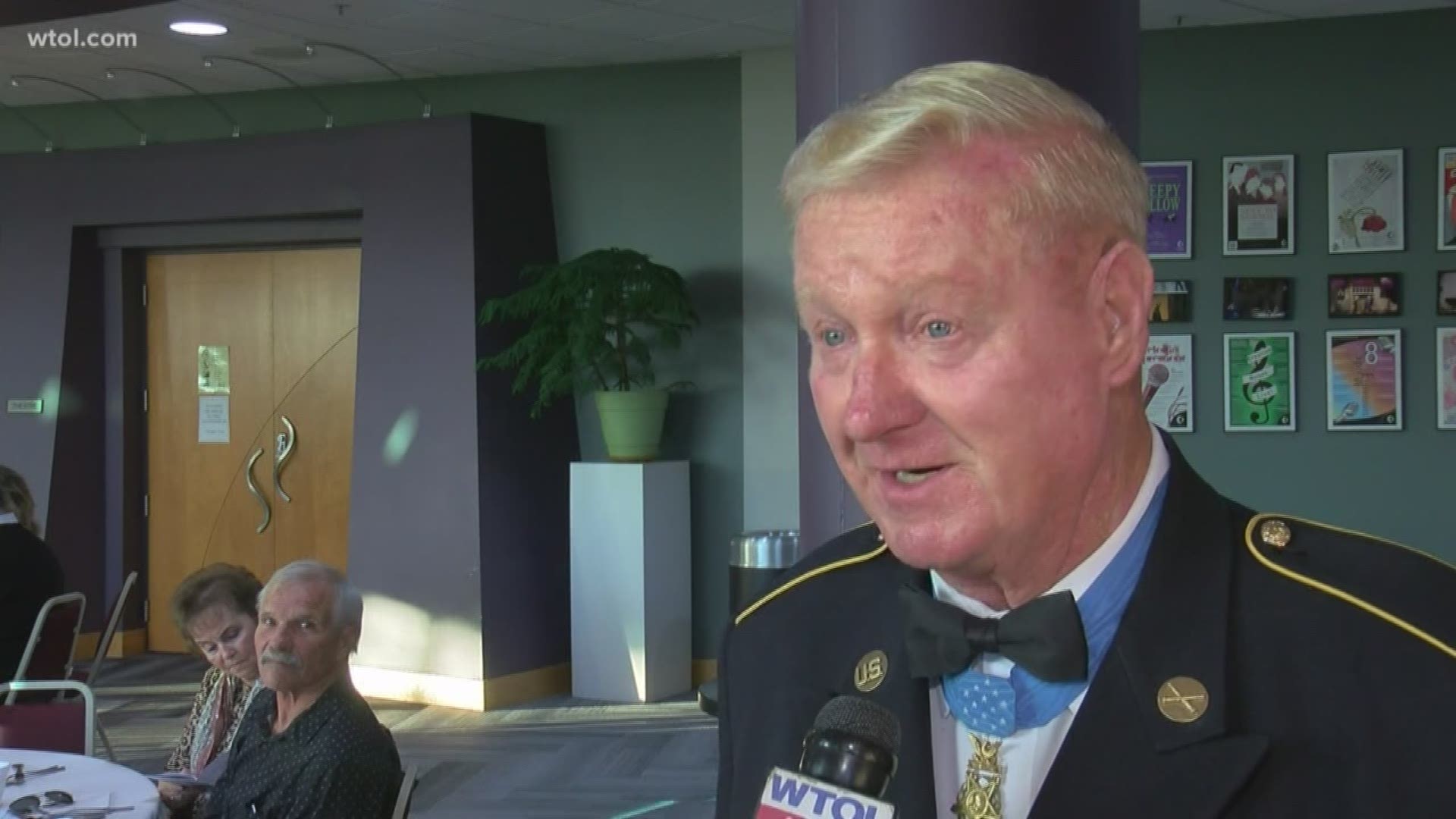 PERRYSBURG, Ohio — On Saturday night, a Medal of Honor recipient shared his message with Toledoans as he helped raise funds to complete the Veterans Memorial Pathway in Point Place.

He's introduced as the real Forrest Gump, but Sgt. 1st Class Sammy Davis' service was no work of fiction. In the movie scene where the Medal of Honor is put around Forrest Gump's neck, that's actually Davis' body with a little movie magic to make it look like Tom Hanks.

"My legs are shaking so bad because of all the training in the military, I had never been trained on how to stand in front of the president and receive the Medal of Honor. And they told us he wanted to be looked straight in the eye. So I'm standing here looking him right in the eye and my knees are shaking so bad I thought I was going to fall down," Davis, a Dayton native, said.

He received his medal for his service in Vietnam, but he sees it a little differently.

"My name is on the back of this medal, but that doesn't mean ... it's not mine, it belongs to you and all the people. This means, with my name on the back of it, I'm the caretaker," Davis said.

Now, he and his wife spend almost 200 days a year traveling and coming to events like this Medal of Honor dinner, designed to help put the finishing pieces on the Veterans Memorial Pathway.

Right now, the monuments stand there in honor of people in Lucas County who have served and gave the ultimate sacrifice.

"There are a couple of things we still want to do up there, a memorial walkway and get a Huey helicopter stationed up there so, we're still raising money for that and that's what this dinner is about tonight," 1370 WSPD Host Fred LeFebvre said.

To Davis, it's about reaching out to other Americans no matter what they believe.

"I'm trying to encourage America to stand up for what you believe is right in your heart, and the only way to properly do that is to touch as many people as you can," Davis said.