The report reveals new information on the 14-year-old's life and more details on what happened the day he went missing. 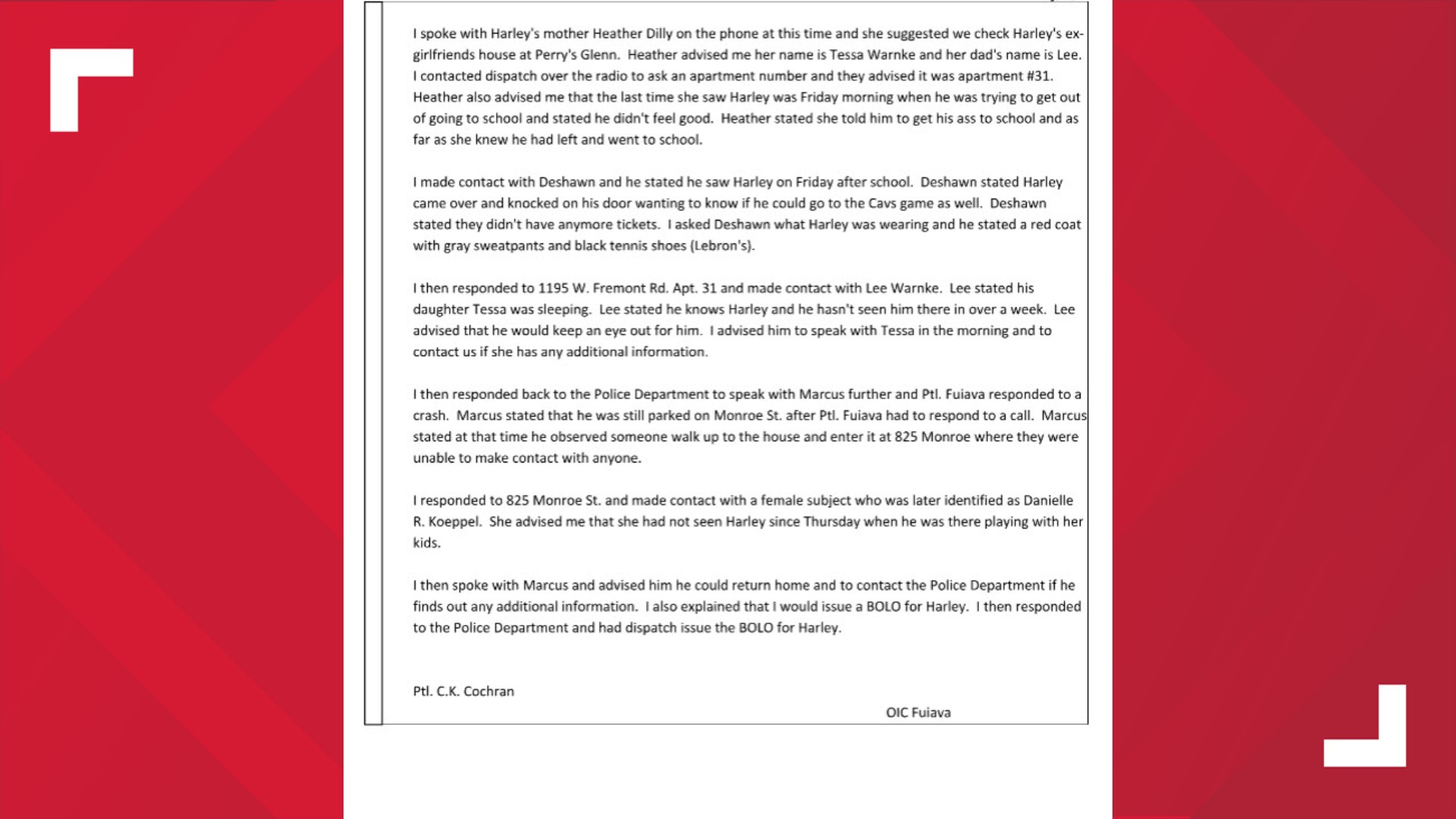 Port Clinton Police have released the police report filed when Harley Dilly went missing, which shows new insight on what the teen's life was like and more details on what happened the day he went missing.

The report was made by Harley's father Marcus Dilly just before midnight on Dec. 21.

According to the report, Marcus said Harley had broken his phone and wanted a new one, and was mad that Marcus told him he needed to earn a new one.

Marcus told police there were other incidences where Harley wouldn't come home after school on Friday until the next morning.

Marcus Dilly says Harley had autism and ADHD, but was high-functioning and very smart. Marcus said Harley was "a baby" when it came to the cold and would know enough to get out of the elements.

He also told police he did not believe Harley was in any danger and was not suicidal.

Marcus then gave police names of some of Harley's friends, one of which said he saw Harley after school the day he went missing.

According to the report, Harley had went to his friend's house and asked if he could go to the Cleveland Cavalier's game that his two friends were going to.

His friend told him they didn't have any more tickets to the game. Harley's friend also told police he last saw Harley wearing a read coat with gray sweatpants and black tennis shoes.

Harley's mother Heather Dilly told police she last saw Harley on Friday morning. The report states Harley was trying to get out of school by saying he didn't feel good, but his mother told him to go to school.

Heather told police that as far as she knew, Harley left and went to school.

Harley was later found dead in the chimney of a home across the street from his on Jan. 13. His death was ruled an accident; the coroner stated Harley died of "compressive asphyxia," which is when the torso is compressed, preventing the lungs from expanding.