Tony Dia says the money from the charity game will be used to buy ballistic shields for his fallen son Anthony's fellow Toledo police officers. 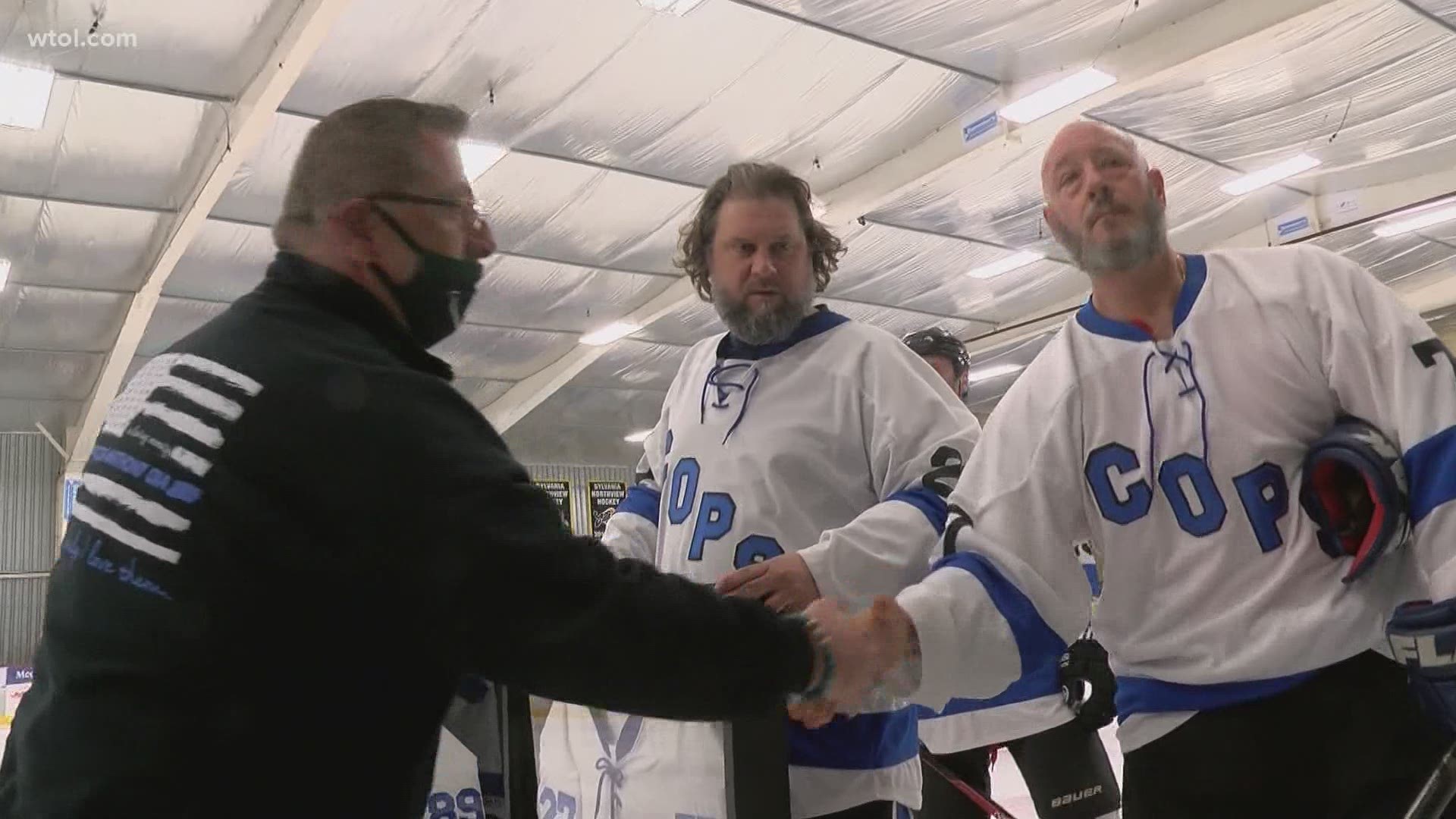 SYLVANIA, Ohio — Hockey at Tam-O-Shanter is an everyday thing. But this game was special. It wasn't about competition -- it was about honoring fallen police officers and raising funds for a good cause.

The parents of two Toledo police officers were in the stands. But their sons couldn't be with them.

Toledo police officers Anthony Dia and Brandon Stalker were both killed in the line of duty within six months of each other. Dia in July, Stalker in January.

Their families were at Tam-O-Shanter Sports Center in Sylvania, where police officers from several departments gathered to raise funds for the Officer Anthony Dia Foundation.

The idea actually came from one of the Detroit Police Department officers.

Members on the Warthogs Charity Hockey Team say it was a no-brainer.

"We're just trying to put on the best we can for folks. You know it's been a tough year for everybody. So we're just trying to provide a release for us to get out there and have a little comradery and raise some funds for a good cause," said Don Egan, a player for the Warthogs Charity Hockey Team.

"So special and we're honored that they're doing it and the proceeds are going to the Anthony Dia Foundation," said Dia.

"The tragedies we've had, it's just good to get out on the ice. For me, it's therapy for me. Hopefully, the families see us and doing something good for, it's therapy for them too," said Kevin Sanders, a patrolman for the Toledo Police Department.

The money raised will go towards buying ballistic shields for TPD. Chief George Kral pushed for it after the death of Brandon Stalker.

"If that one time that they do need it, it can save someone's life. It's worth all the money in the world. Like I said, I hope they just sit in the trunk and rust you know. But if they ever do need the and I hope they're able to save somebody's son or daughter," said Dia.

Dia says the goal altogether is to raise $75,000 dollars for 50 shields. He's happy if this hockey game can put a dent in that.

"Thank the Toledo Order police, the Detroit Police Department, and God bless them all. And may God protect them all always," said Dia. "And let's see who wins. It's a good win so far."

The Detroit Police Department ending up winning the game.

You can still donate to the Officer Anthony Dia Foundation. You can give money through any PNC bank or through PayPal.