Kapszukiewicz says he has made promises and delivered on them year after year, and believes the work and progress can continue if he is re-elected. 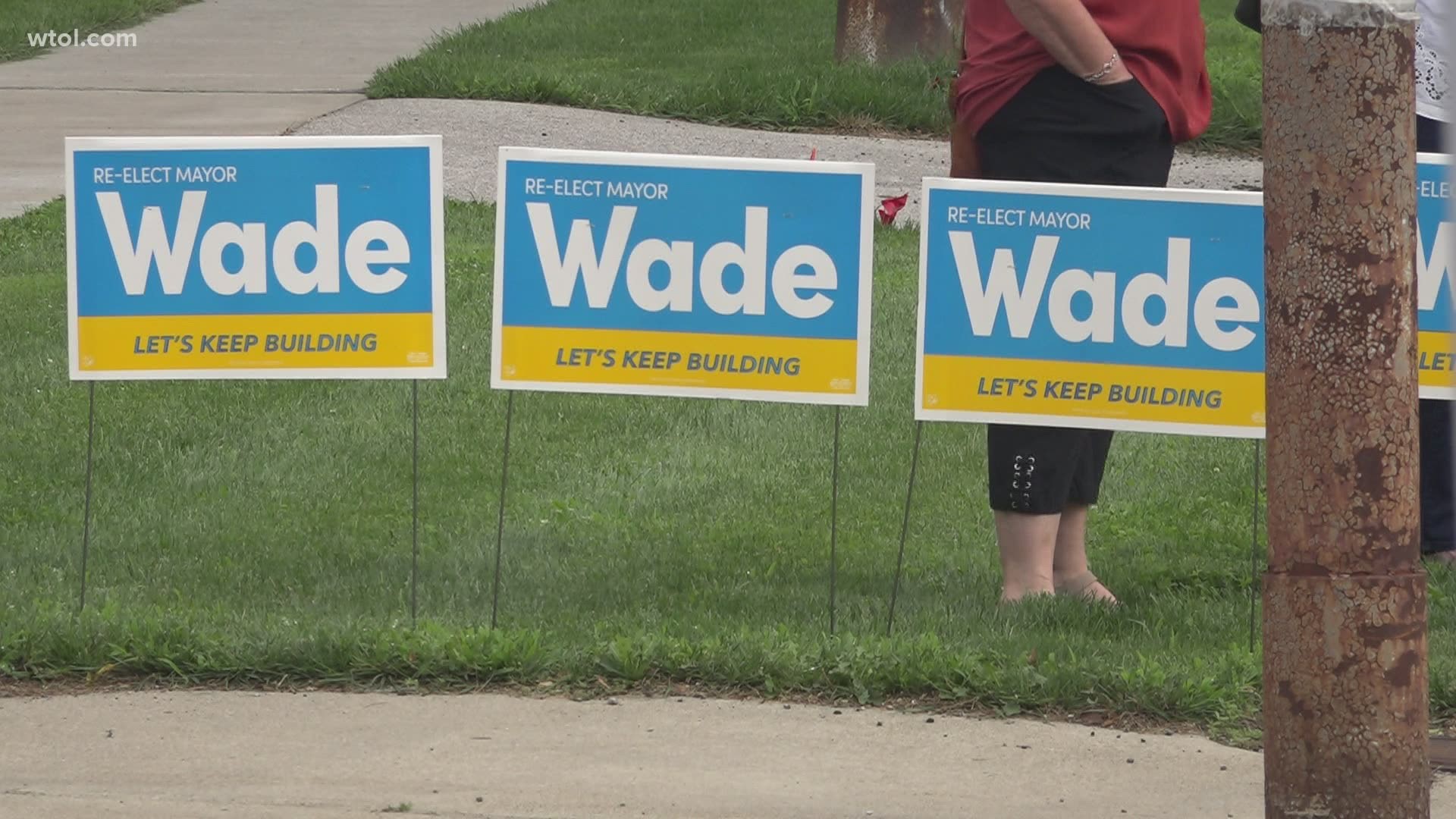 TOLEDO, Ohio — Mayor Wade Kapszukiewicz announced his intention to run for re-election this year at his re-election kick-off campaign on Wednesday.

At the campaign kick-off, Kapszukiewicz says he has made promises and delivered on them year after year, and believes the work and progress can continue if he is re-elected.

"We've been able to keep our promises. If you remember the campaign from four years ago, there were some real issues with the city budget. And I'm proud that we got the budget in order, and as we stand here today, we have the largest rainy day fund in the history of the city. 10 times larger than it was five years ago. I'm proud of that," said Toledo Mayor Wade Kapszukiewicz.

Mayor says, he’s made promises and delivered on them year after year.
Believes the work and progress can continue if he is re-elected.@WTOL11Toledo

Kapszukiewicz was elected mayor of Toledo on Nov. 7, 2017 and took the oath of office on Jan. 2, 2018, becoming the 58th mayor of Toledo, according to the city's website.

During his tenure as mayor, the number of police officers on Toledo’s streets increased for the first time in more than a decade. In September 2020, he announced an initiative to treat gun violence as a public health crisis by investing in programs that combat the root causes of the problem.

He highlights road repairs, the city budget, increases in public safety forces (police & fire staffing), and economic success as some of the work he’s been able to do during his time as mayor. @WTOL11Toledo

Most notably, Kapszukiewicz's proposal to create a regional water system was approved by both city council and the voters of Toledo, thereby ensuring long-term affordable water rates while sharing decision-making authority with suburban partners. His work to fight harmful algal blooms in Lake Erie has helped him emerge as a national leader in efforts to prevent pollution in our waterways and promote responsible environmental practices.

Before serving as mayor of Toledo, Kapszukiewicz held the position of Lucas County Treasurer from 2005 to 2018. During this time, Kapszukiewicz helped turn a $3 million deficit two years before he took office into a $17.8 million surplus after his first year. This fiscal discipline gave Toledo the ability to withstand the negative budget impacts of the COVID-19 crisis without having to reduce city services.

Kapszukiewicz is no stranger to serving the public, as before becoming treasurer he served one term on the Lucas County Board of Education and was later a Toledo city councilman for nearly seven years. He was first elected to city council in 1999 and then re-elected in 2001 and 2003.

Kapszukiewicz received a bachelor's degree in journalism and political science from Marquette University in 1994 and was named the valedictorian of the College of Communication, Journalism, and Performing Arts. He received a master's degree in public policy from the University of Michigan in 1996.

After receiving his master's degree, Mr. Kapszukiewicz worked for two years as the Policy Analysis and Research Director of the New Ohio Institute, a public policy research organization that studied issues affecting Ohio's urban areas. In April 1998 he accepted the position of Manager of Planning and Development at the Lucas County Mental Health Board, where he worked until he began serving on Toledo City Council.

Who else is running?

Former Toledo Mayor Carty Finkbeiner is considering a fifth run for office in 2021.

He ran again in 2005 and won, but did not seek re-election after that.

There are three things Finkbeiner says he wants to tackle: crime, blight and billings coming out of the city's utility department.

The former mayor said under his leadership that police, sheriff, highway patrol, the ATF and FBI will all work together to reduce crime and violence. He says he wants dual patrol cars and double the number of cars in troubled neighborhoods.

Regarding the billings, he says they're uneven, unequal and not professionally reviewed on a monthly basis.

Finkbeiner has run as a Republican, a Democrat and this time he says he'll run as an Independent-Democrat as the Democratic Party has endorsed current-mayor Wade Kapszukiewicz.

An official decision is expected Thursday or Friday of this week.