Gov. DeWine quietly reminds everyone he's watching, with help from a Maumee photographer having some fun

Gov. Mike DeWine made a special appearance in uptown Maumee ahead of Ohio's curfew on Thursday. The 'appearance' was the work of a lighthearted local photographer. 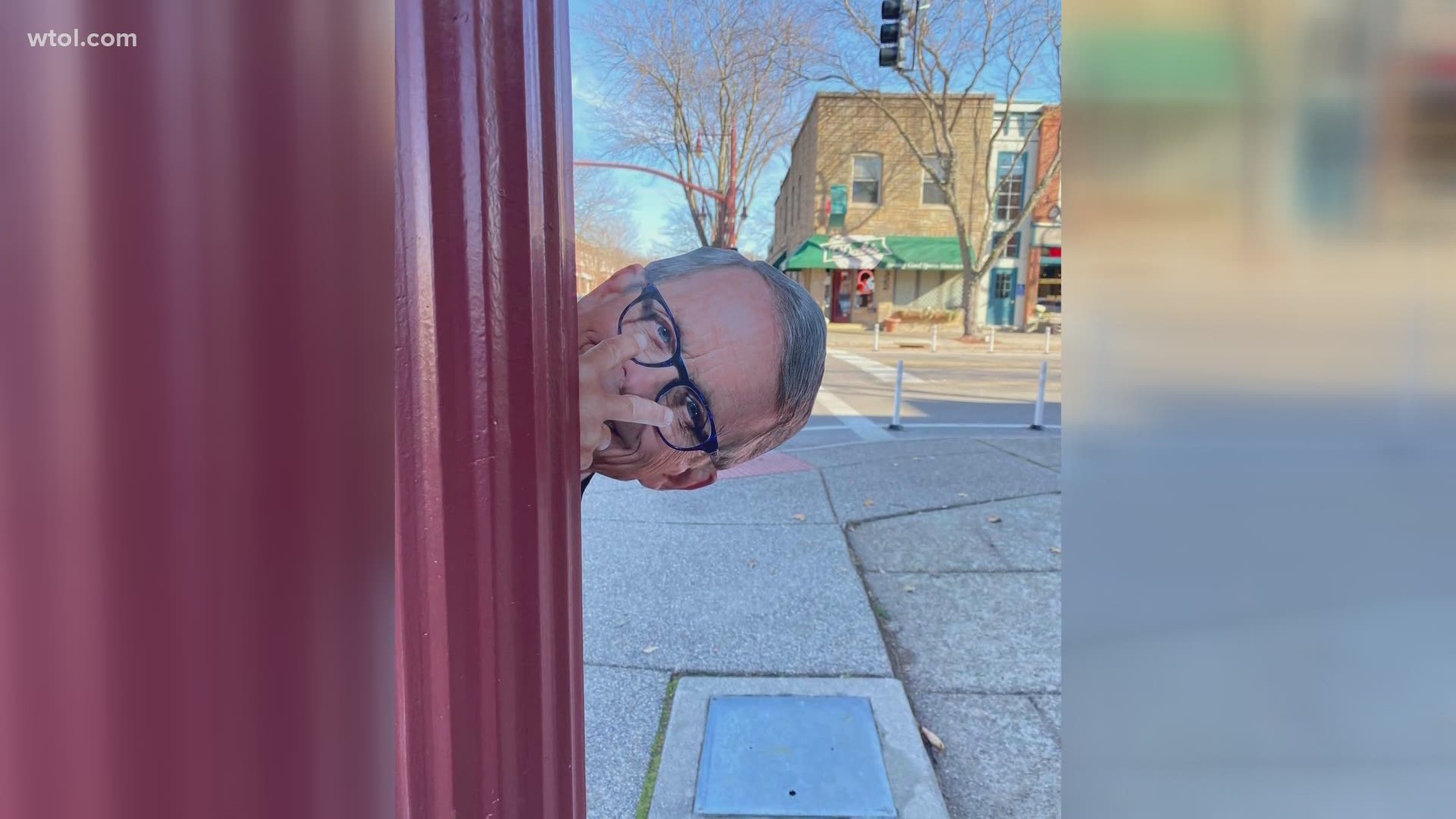 You may have seen the pictures on social media of the governor making sure we were social distancing, serving as a little reminder that he's always got his eyes on you.

DeWine's quiet tour of uptown Maumee was the work of a local photographer who was hoping to bring a little fun with a simple cardboard cutout and some creativity.

"Everyone is going through trying times. I wanted to be a little lighthearted about everything that's going on," said Eric Shanteau, the mastermind behind the project. "I thought I'd get a few laughs and it just kind of had a mind of its own and took off."

Shanteau's social media post featured his photos of two-dimensional DeWine framed by shrubbery, staring over cigarette butts and keeping a watchful set of eyes on residents.

The post quickly became a viral sensation, reaching over 22,000 shares the day before DeWine's statewide curfew goes into effect on Thursday at 10 p.m.