Multiple crews are on the scene of a large fire in Sand Creek that has caused damage to a house and destroyed a barn. The fire also damaged Read It and Reap Library. 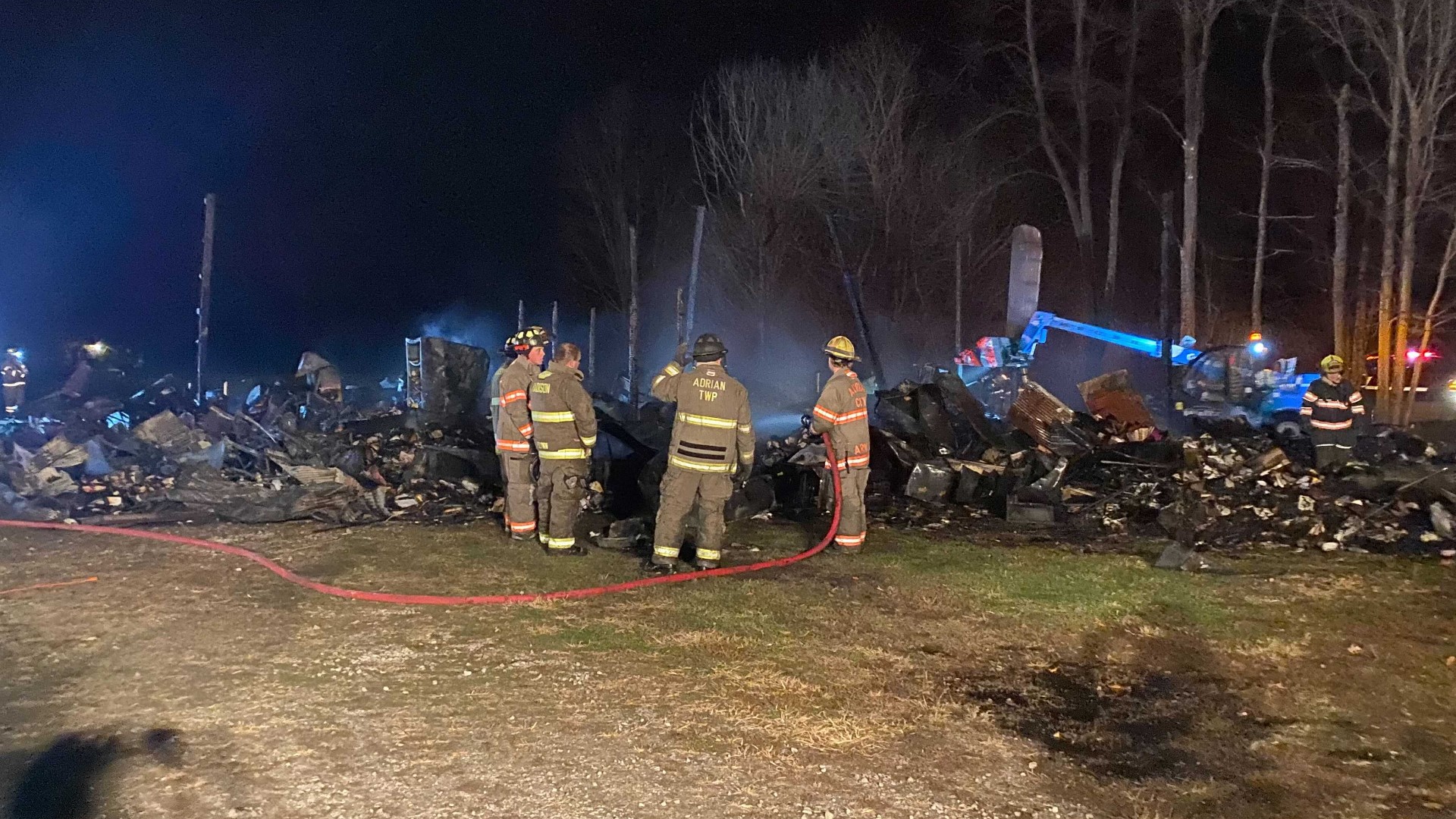 SAND CREEK, Mich. — A large fire in Sand Creek on Thursday night destroyed a barn containing an estimated 40,000 books - a librarian's lifelong collection, with contributions from the community.

Barbara Sell wanted to be a librarian since she was four. She worked with the Lenawee County Library and Book Mobile for 32 years before retiring.

When she retired, she took inventory of her personal collection, which totaled over 12,000 books.

Sell took over her father's vacant hardware store, left vacant after he had passed away. She was inspired to turn it into a library for Sand Creek, which she says was the only town in Lenawee County without one. In 2012, Sell opened the non-profit Read It and Reap Library and received donated books from members of the community who were happy to see Sand Creek get a library of its own.

The barn, house and library were built by Sell's father in the 1960's. Sell used the barn as storage for the extra books, which her and her sister inventoried. She regularly rotated the books in the library from the storage in the barn so the community had new material to read.

An estimated 40,000 books were in the barn, which was reduced to rubble by the fire.

Madison Twp. Fire Department was one of the crews that responded to the fire. Madison Twp. Fire Chief Ryan Rank confirmed the fire spread quickly from the barn to the house, due to the amount of books.

"So there was quite a bit of fire load, which contributed to the large fire," said Rank. "With the wind that was out here tonight, it easily caused it to spread."

Historical documents for Sand Creek and the nearby church were also stored in the barn and destroyed by the fire.

Crews from several area departments responded, fighting the blaze for several hours as hotspots smoldered. Heavy equipment was brought in to deal with the debris. Some flaming pages spread in the wind, catching nearby brush on fire.

No human injuries were reported in the fire, but four cats were killed in the house.

The house partially burned and is currently uninhabitable, but is not a total loss.

Read It and Reap Library sustained damage to the side of the building due to the fire. According to fire officials, the library did not sustain any structural damage.

The only surviving books from Barbara's collection, and from the community, are those in the library.

The cause is undetermined and the fire remains under investigation.

Credit: Emma Henderson/WTOL
Read It and Reap Library sustained no structural damage from the fire.

Credit: Emma Henderson/WTOL
These two kittens survived the fire in Sand Creek on Nov. 19, but four others were killed.