While masks are mandated at the Lucas County Corrections Center, an inmate says testing is rare and vaccine distribution is limited. 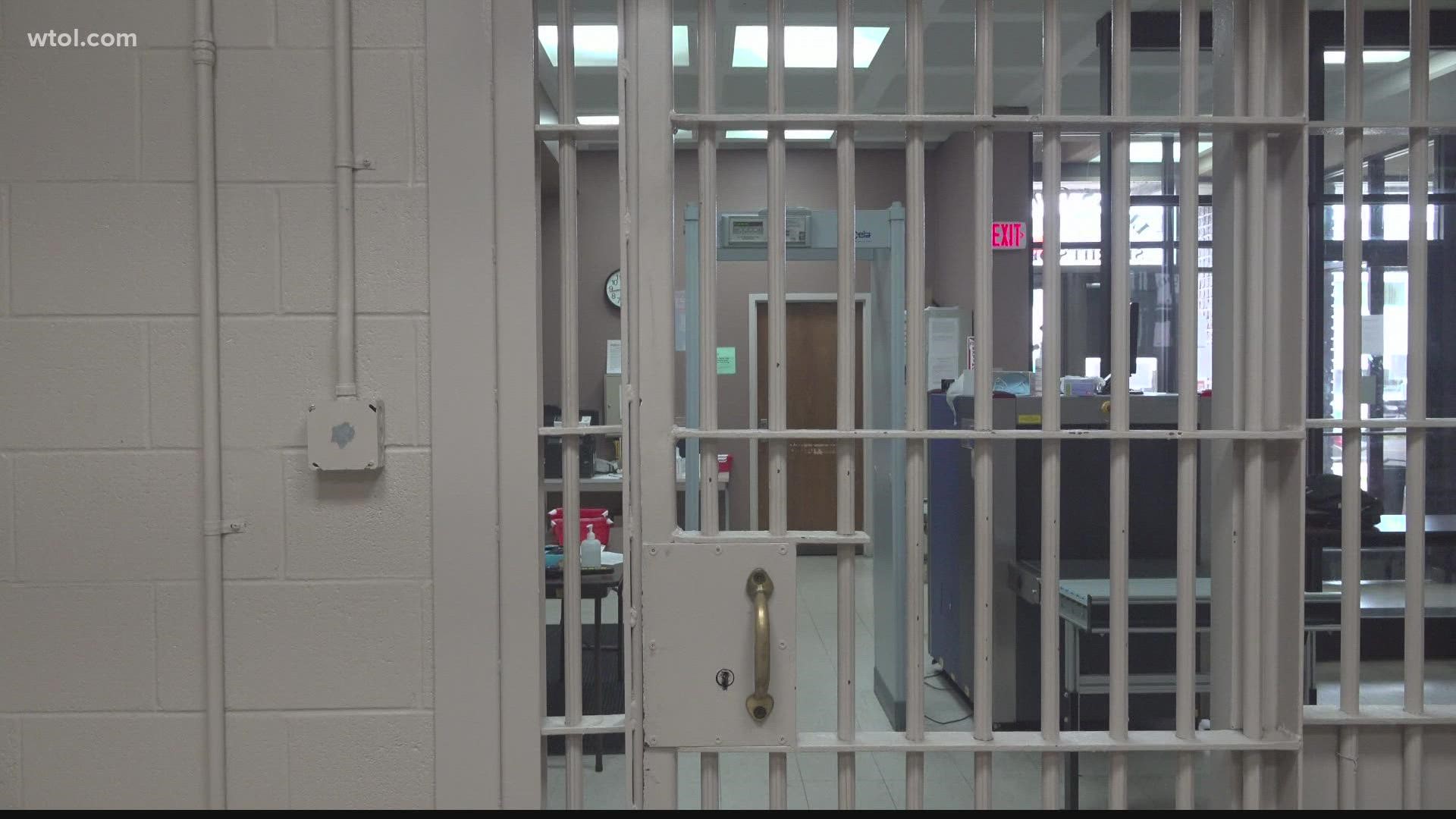 TOLEDO, Ohio — An inmate at the Lucas County Corrections Center is questioning the facility's COVID-19 protocol, claiming resources like testing and the vaccine are limited; but staff at the jail say their procedure is sufficient at containing the virus.

Shasta Burton said on August 30, he started getting headaches, a scratchy throat and a loss of taste and smell. He told the jail nurse and was soon isolated.

"For six days I was in isolation. The first four days they didn't tell me how long I was gonna be in there. I didn't get a COVID test at all. I don't know how many times I requested to go to the hospital there," he said.

According to Burton, once his symptoms subsided, he was released back into the general jail population without getting tested. He said that as recently as Sept. 13, an inmate who was sent to the prison infirmary for an unrelated injury was tested, and was already positive. Burton is concerned the jail population could be unknowingly spreading the virus.

"There's people that have been released within these two weeks that are going to other facilities and are going home to their families and they haven't been informed that they could possibly have COVID," he said.

Lt. Bobby Cromik, who works in booking at the Lucas County Jail, said the system they're currently using is enough to mitigate the spread.

"Not that we won't have an outbreak — we've had them here, to be transparent — but there are immediate steps to quarantine people, provide people with the medical services they need and once that's completed, we try to move on from there," Cromik said.

While masks are mandated at the jail, Burton said he's frustrated with the lack of distribution of the COVID-19 vaccine, saying, "We haven't had anything."

"We have given out vaccines. The health department came over and administered it, and I think approximately 30 - 40 inmates wanted the vaccine and they received it while they were here."

A 2015 estimate of the Lucas County Jail population puts it at 440 residents. If 30 - 40 inmates have been vaccinated, that would only put the jail's active vaccination rate between 6.8 - 9%.