The residence was vacant and will be torn down. The blaze is being investigated. 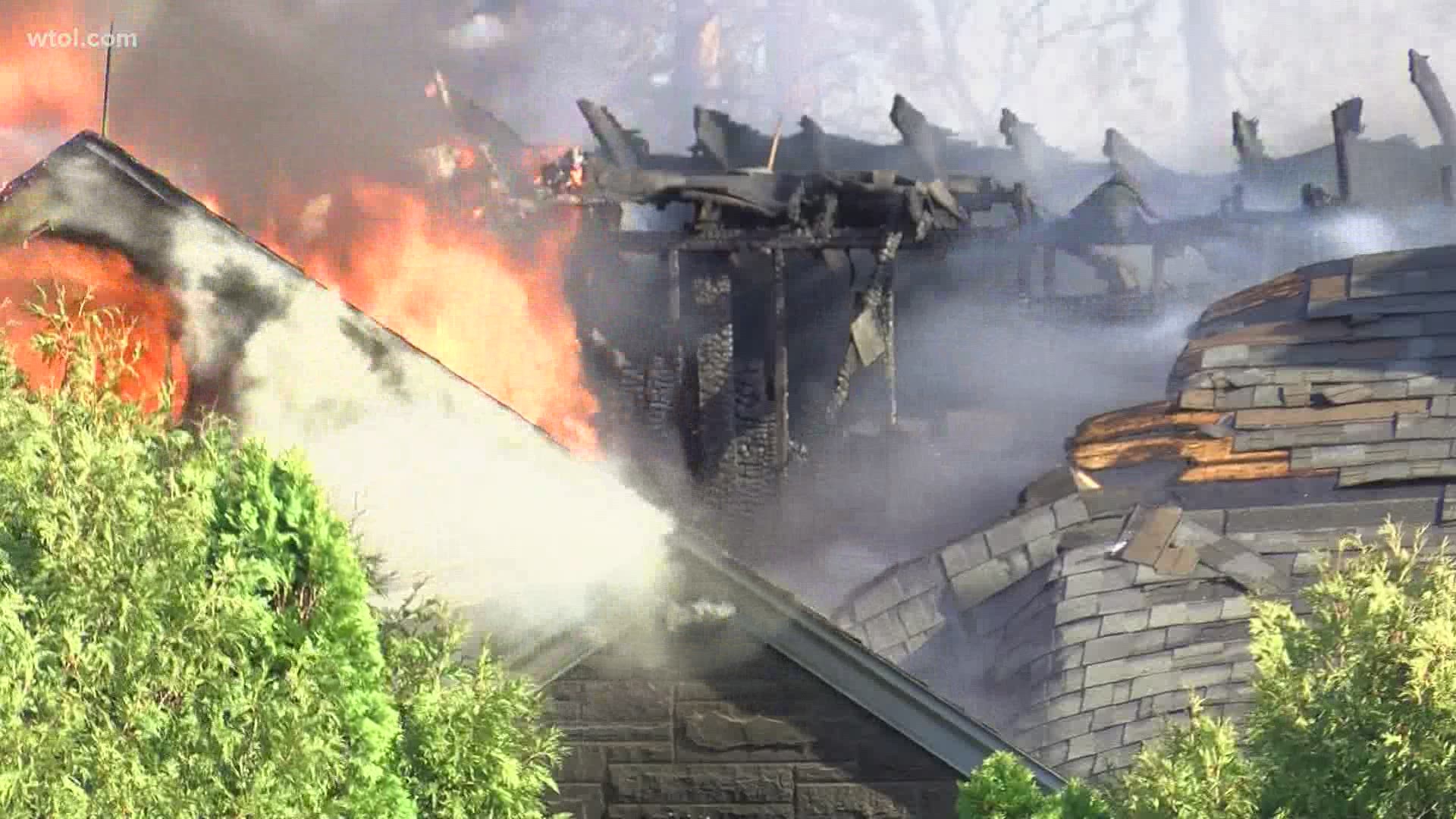 TOLEDO, Ohio — An empty house in the 2300 block of Holland-Sylvania Road is a total loss, fire officials say, after fighting a blaze there Friday afternoon.

The residence was vacant, although a neighbor said a squatter was occasionally at the house with a pickup. There was no one inside the home at the time of the fire, a battalion chief said.

The fire was reported just before noon on Friday. More than 90 minutes later, flames were still visible from the structure's roof.

The chief said there were too many flames inside the structure, so crews were pulled out and the roof was allowed to burn so firefighters could safely get to the inside flames.

The house will be torn down and the fire is still being investigated.

The fire, just north of Bancroft Street, required crews to block off Holland-Sylvania Road blocked in both directions Friday afternoon.