Instead of waiting around for an unemployment check, Cutie Service got to work with the skills she already had, opening Cutie's Carribean food truck. 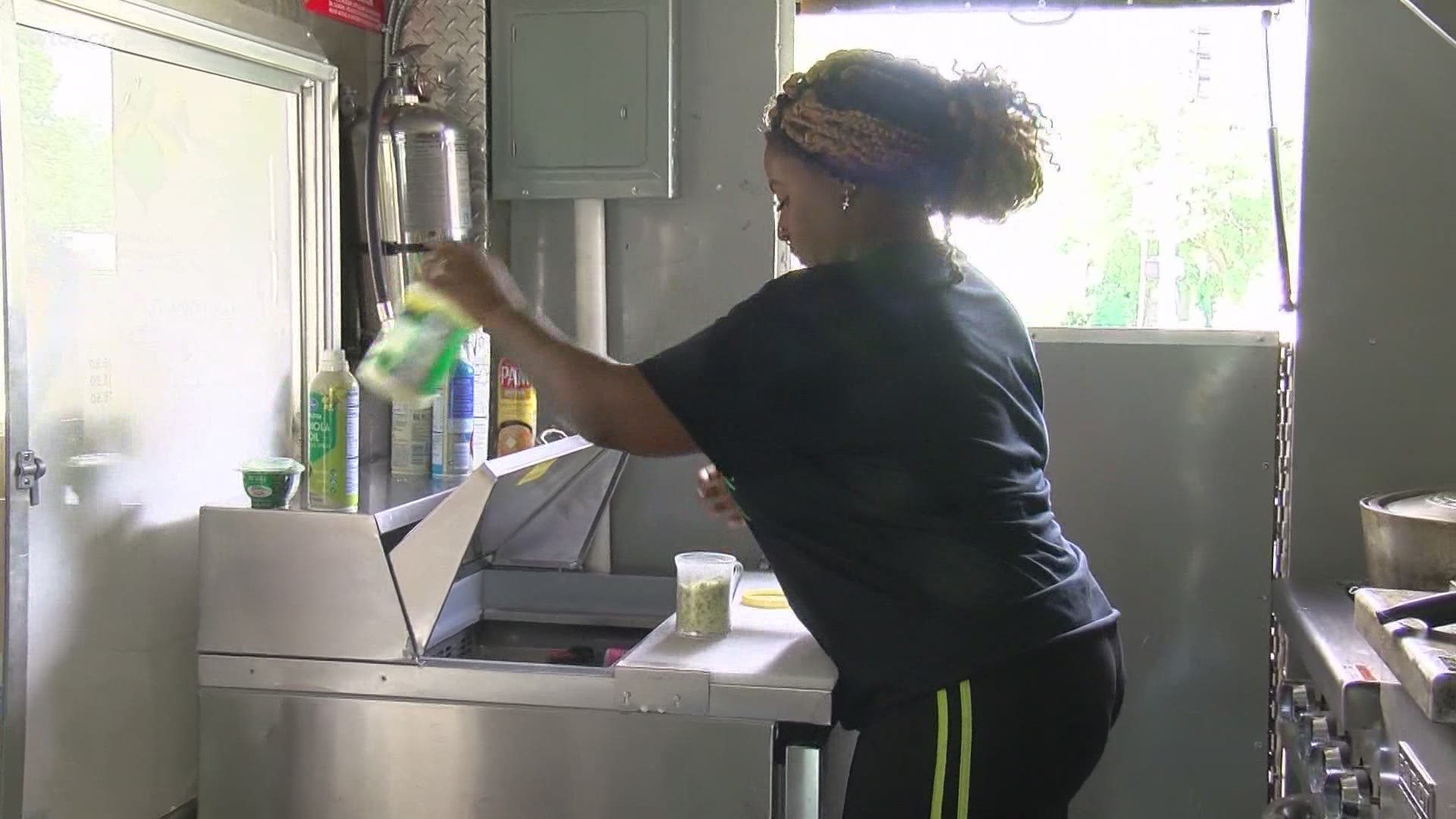 FOSTORIA, Ohio — Cutie Service, born in New York, but now living in northwest Ohio, has worked at every chain restaurant from McDonalds to IHOP.

Her most recent job was at Pizza Hut. But after working there for years, she was laid off because of COVID-19.

Instead of waiting around for unemployment however, Cutie decided to put her culinary skills to work for herself.

"I ended up selling, taking donations from home cooking at home and that. A lot of people were telling me the food was good," said Cutie.

Cutie started cooking Caribbean style food for friends, family and neighbors using Facebook as her tool to connect. Eventually, she was able to save enough to take her business to the next level.

"I ended up saving all the money we got. Tax returns, stimulus checks, and ended up getting me a food truck," said Cutie.

She said this was the push she needed the whole time.

"I got tired of working for other people, and felt like I was never basically going up. I felt like I was staying in the same spot all the time. With this I'm making my own hours, my own day, I'm getting up when I want. Taking days off, stuff like that," said Cutie.

Cutie's food is inspired by her parent's Jamaican heritage. Born and raised in Brooklyn, New York, she wanted to bring a little extra spice to Ohio.

Cutie said, "I think if people in Ohio, Findlay, Fostoria or Tiffin. I feel like if they taste what Jamaican food is, they'll love it."

Cutie says she hopes to one day own a franchise of Cutie's Caribbean restaurants.

If you want to keep up with what Cutie is up to, or where she'll be serving her delicious food, you can follow her Facebook page.