Fire crews say two adults and three kids are all in the hospital with non-life-threatening injuries after jumping from the home. 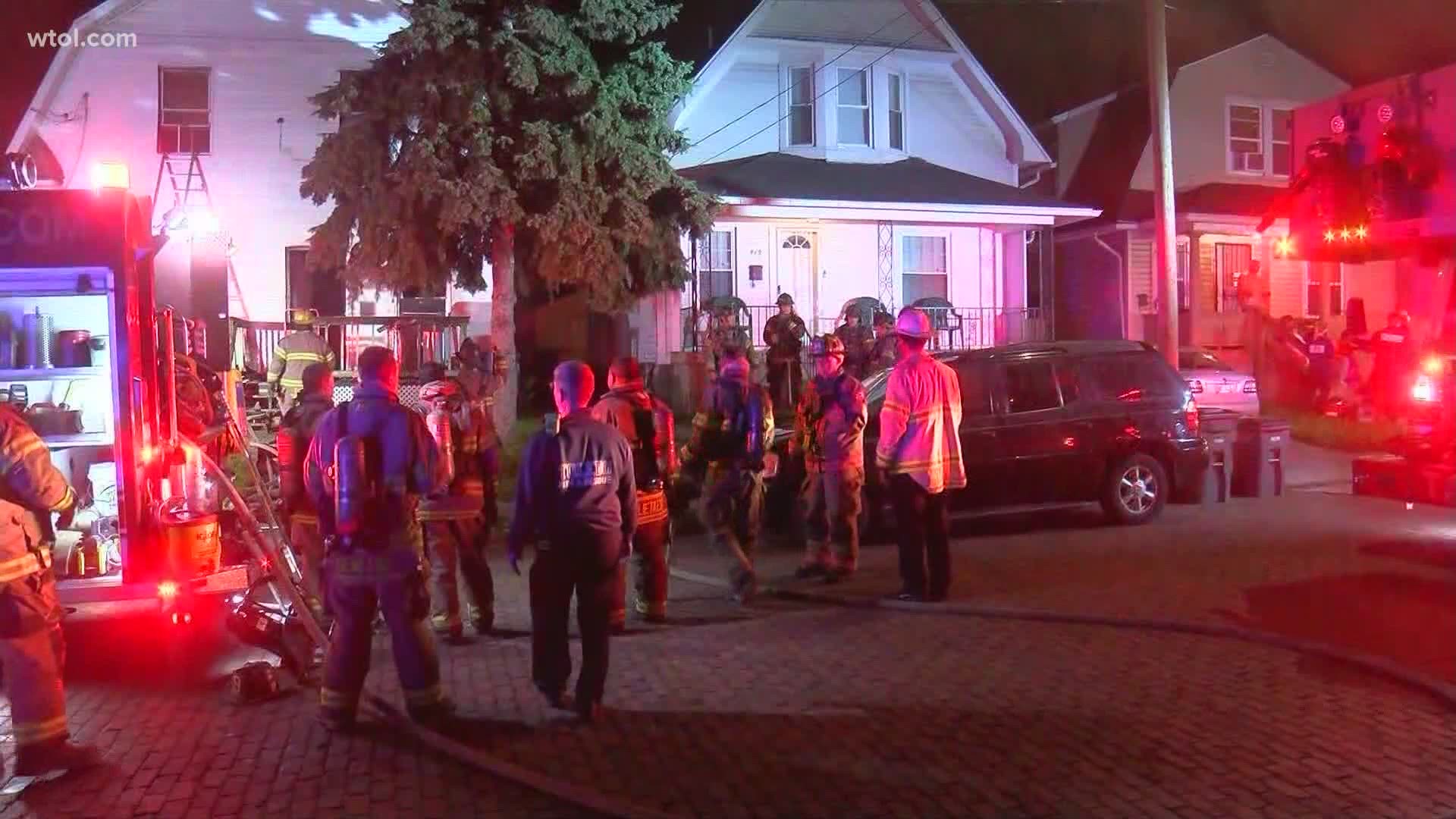 TOLEDO, Ohio — A family of five jumped out of a window on the second floor of their home to escape a house fire Friday morning.

Fire crews say two adults and three kids are all in the hospital with non-life threatening injuries after jumping from the home.

When a neighbor called 911, she said that a man was outside screaming that his kids were still in the house.

"I saw the fire come out that bottom window over there, shooting out flames," she said, "and then he's screaming, 'help me, help me it's a fire.' I called 911."

Toledo Fire & Rescue Department crews say the mother, father and two boys made it out initially, with the third child still inside. The father got a ladder and went back into the home to save his son.

"I seen him go up the ladder and go back in the window and then seen him fall from the porch with his son," the neighbor said.

By the time fire crews arrived, everyone was safely out of the house and accounted for.

Crews searched the house to confirm and deemed that everything was all clear and under control around 4:36 a.m.

Neighbors are calling the father a hero, saying he did all of this while he's recovering from a recent car accident.

Initial reports show the adult family members woke up to heavy black smoke on the second floor of the home. The father escaped through a second-floor bedroom window and the mother dropped two of children to the ground to the father.

The mother was then forced out of the window due to heavy smoke conditions. That was when the father grabbed a ladder from the back of his home, went back through the second-floor window and found the third child.

Neighbors added his "dad instinct" kicked in and he did was he needed to save his family.

They were able to escape back out of the bedroom window.

The fire caused heavy damage to the first floor of the home. The cause of the fire is under investigation.

TFRD PIO Pvt. Sterling Rahe says this highlights the importance of families having an escape plan in case of a fire. If your family doesn't have a fire escape plan, you can find more information on how to make one here. Be sure to practice your safety plan with all family members.

However, he says it appears there were no working smoke alarms in the home. TFRD says this could have turned out much differently if the family hadn't woke up to the smoke.

"Most often in fires such as this one, unless alerted by working smoke detectors, the outcome is fatal as smoke inhalation is often the cause of death. Early detection and the audio alarm from smoke detectors gives occupants an audible warning that can and has saved lives," Pvt. Rahe said in a statement.

Toledo fire reminds everyone to test your smoke detectors and make sure you have a detector on every level of your home and in all sleeping areas.

Replace any smoke detector that does not sound when tested or is older than 10 years.