Two toll booths were damaged. The cause of the fire is unclear. 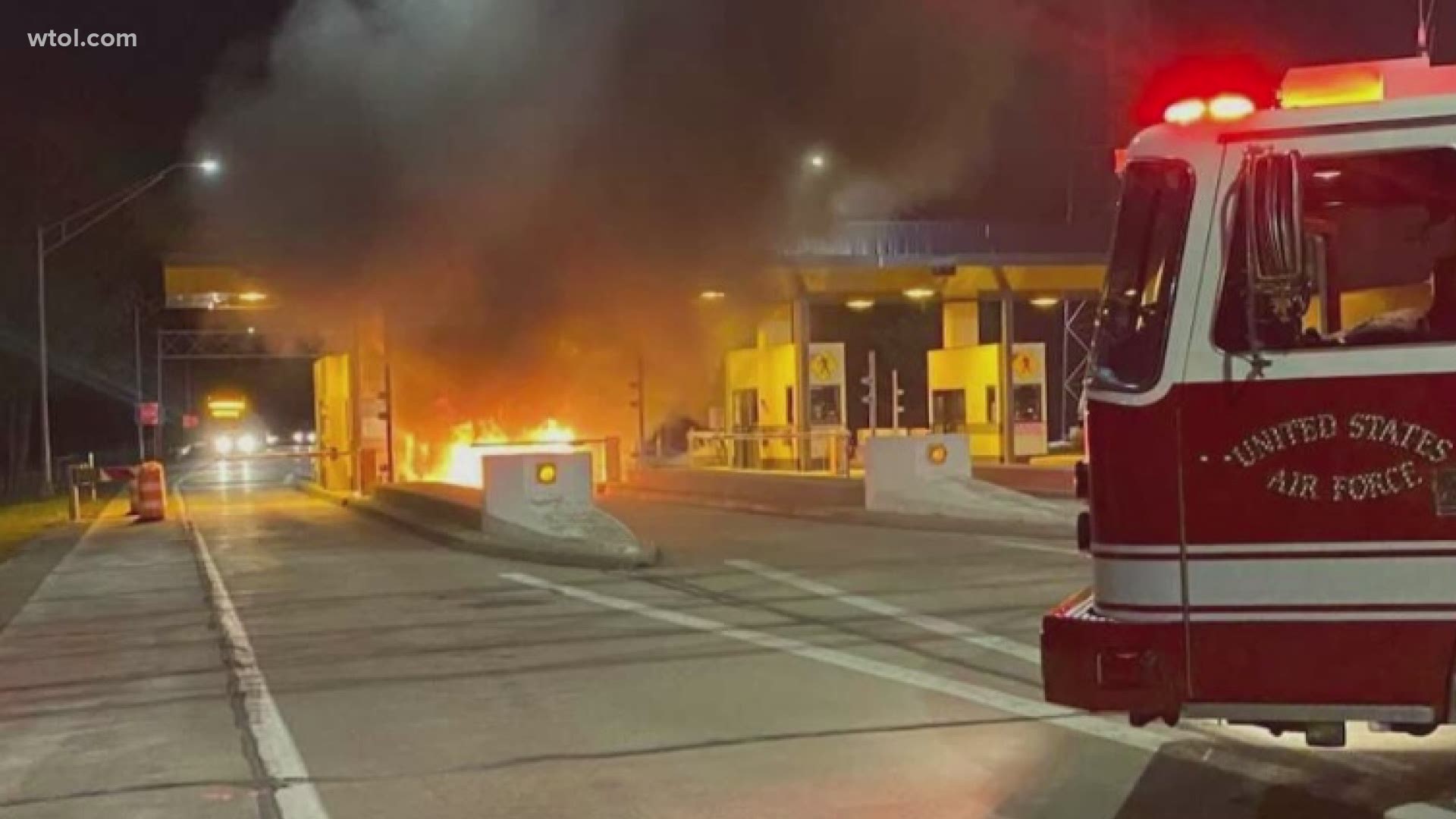 LUCAS COUNTY, Ohio — A man and his dog are OK after his car became engulfed in flames on the Ohio Turnpike Wednesday morning.

The fire happened at the toll booth near the Toledo Express Airport in Swanton around 5:30 a.m.

Fire crews say the man and the dog inside the car got out safely with no injuries. It is unclear what started the fire.