The project, which will cost $60 million overall, will be shovel ready by the end of 2021 and aims to alleviate flooding from the Blanchard River. 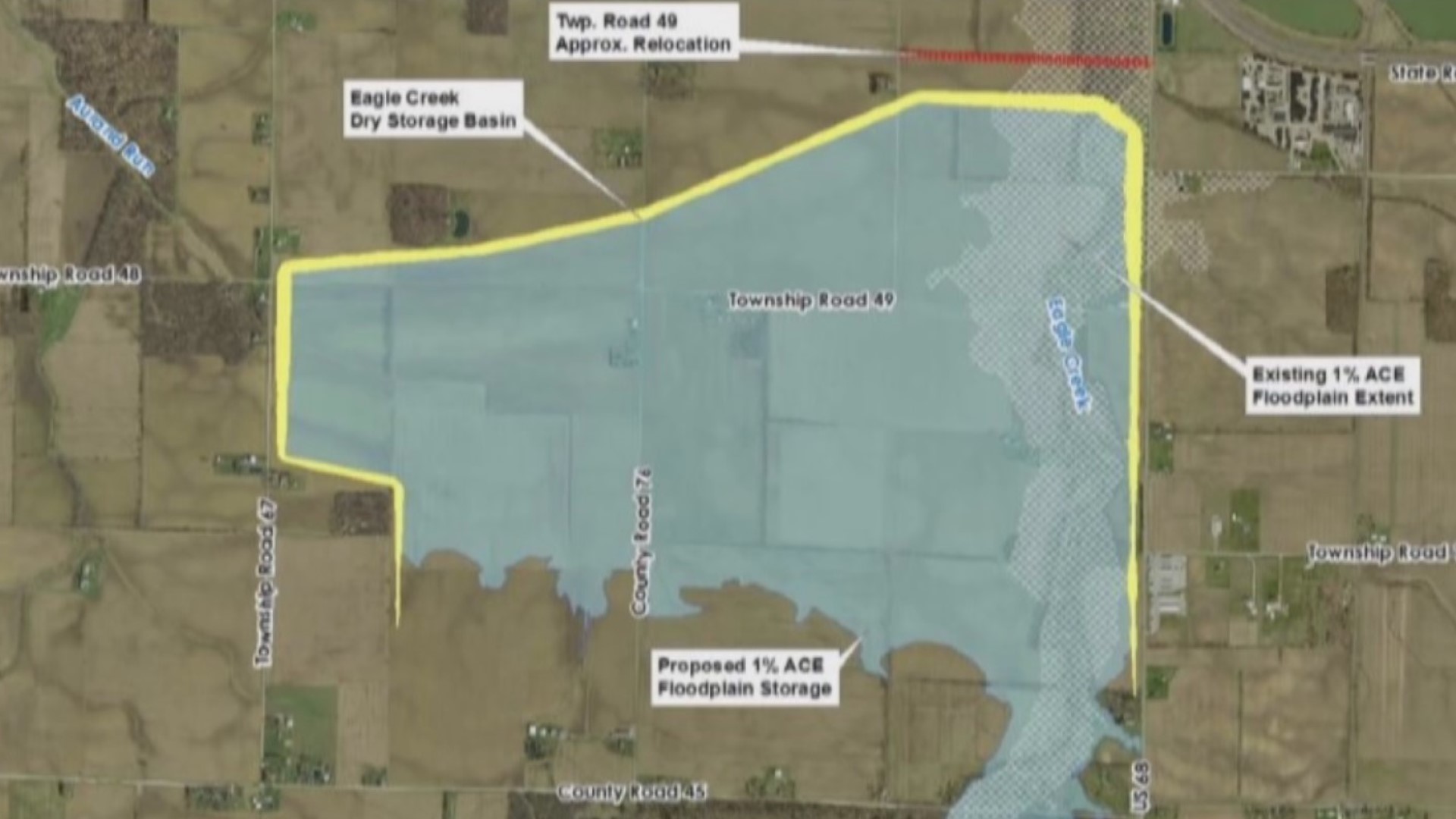 FINDLAY, Ohio — A decades-long flood management project in Hancock County is now able to take the next long-awaited step forward, as spring thaws have made residents near the Blanchard River hold their breath for years.

The Eagle Creek Floodwater Storage Basin project to the south of Findlay will receive $15 million in funding from Ohio's 2021 capital budget.

This is the second round of funding for this project that will create a large floodwater basin for excess water from Eagle Creek to flow into during a flooding event.

It is expected to lower Blanchard River flood levels by a foot and a half and combined with what has already been finished in the mitigation effort, will have overall flood levels down by 3 and a half feet once completed.

"This storage basin is really kind of the final capstone piece of all of the other pieces that we've been doing," said Tim Mayle, Director at Findlay Hancock County Economic Development

Mayle says the $15 million will get this land shovel-ready for construction.

Once that construction is complete, the entire project will total $60 million.

"Between that and the combination of purchasing properties that were frequently flooded, we think that we have mitigated this to the extent that it makes sense," said Mayle.

Mayle says that this project will have all of the necessary land acquired by the end of 2021. After that, it will be up to securing the remaining $30 million to construct the floodwater basin itself.