Bill Anderson believes unemployment and stimulus bonuses are hurting his industry, keeping workers away. But a job expert says it's also low wages and competition. 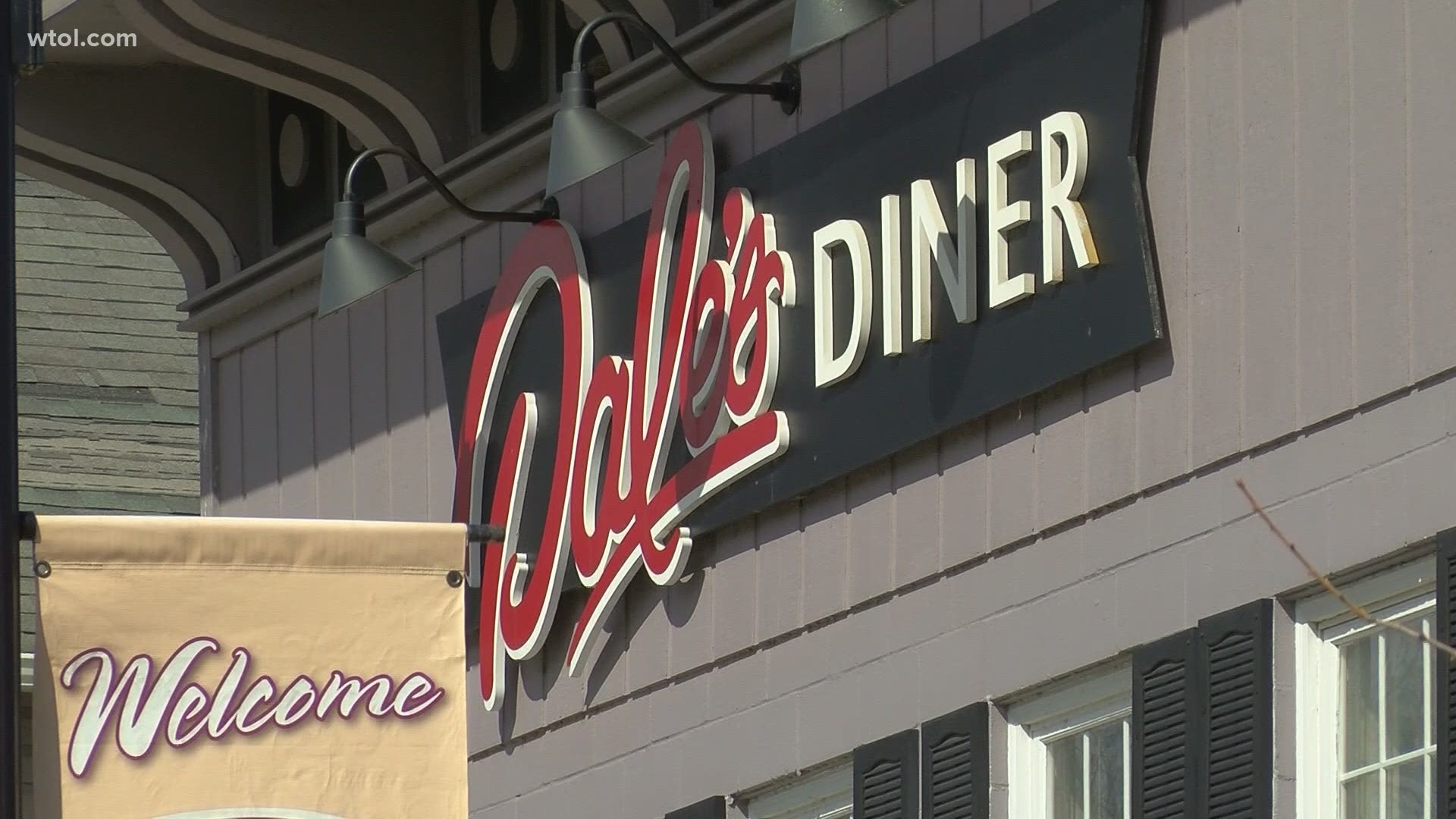 WATERVILLE, Ohio — Dale's Diner, which has been in Waterville for 10 years, will serve its last meals Saturday.

Owner Bill Anderson says it's because he can't find workers, something he stressed is turning into an epidemic for small businesses in general.

"Everybody I've spoken to is in the same boat," he said. "They can't hire anybody. This is not a joke anymore. This is for real."

News of the closure spread like wildfire on social media and people flocked to the diner Friday to show support.

But Anderson says he couldn't even talk to them.

"I was on the grill all day, because we don't have any cooks," he added, "so I didn't get the chance to step off the grill and talk to anyone."

Anderson believes unemployment and the extra compensation from the latest stimulus bill is causing some people to choose to stay home and in some cases make more money.

"What the government is doing is not helping," Anderson said. "They are hurting this country. They're hurting our economy and we're just one little example of that."

But Theo Foreman with the Ohio Means Job Center in Lucas County stressed it's not just the stimulus benefits.

"Wages are a major driver right now," he said.

Foreman pointed out jobs paying less than $15 an hour in industries like leisure and food are struggling to attract workers. He noted some of that could be because of the stimulus but he says it's also competition from other businesses.

"I can tell you the competition that has come into the community like Amazon, they move the meter," he said.

When asked about raising wages, Anderson says he doesn't have a problem with other businesses, just the government.

"That is the market but when the government is involved with it, that is not the market," Anderson said, "that is not letting the market handle wages."

Foreman and Anderson both agree it may just take time to see people return to work but Anderson says he's hopeful for his business.

"It was a big day for us and I understand it, people are sad," he said, "but hey we're going to be back, Dale's diner will be back."

It's a promise he's making to his customers, who have given him so much.

Dale's Diner is serving its last meal...possibly for a while...Saturday after its owner said he couldn't find workers. The owner believes unemployment and stimulus bonus is hurting his industry. But job experts tell me it's also about low wages. Full story at 11 @WTOL11Toledo pic.twitter.com/qUdSj9ZmFW