Scott and Tammy Super own three Mayberry Diner locations across the Toledo area. Super says after posting on every platform he knows, he's received no applications. 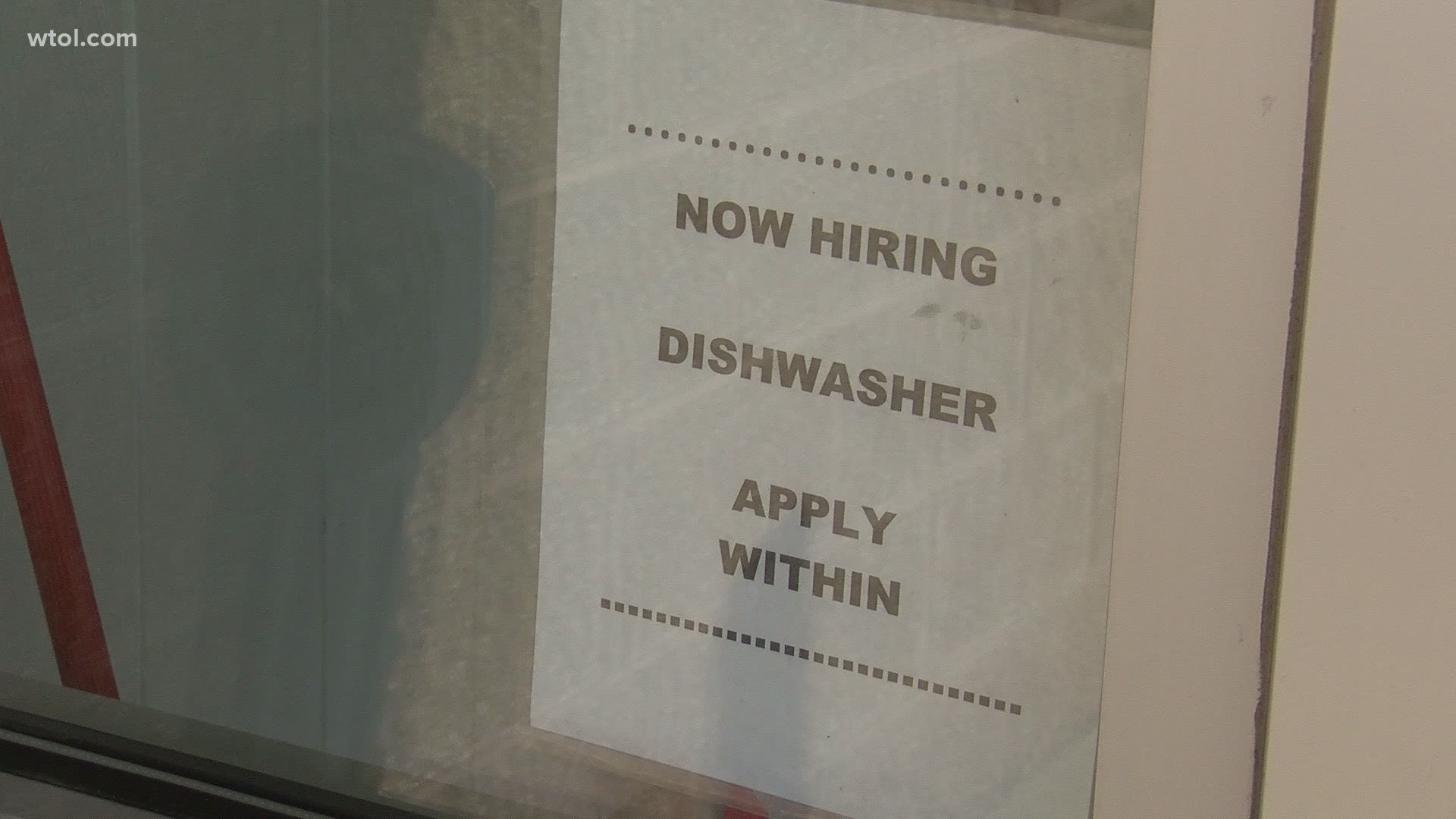 TOLEDO, Ohio — As COVID cases continue to fall and as more people get the vaccine, more people are going back out to businesses. But one business owner says finding employees has been harder than ever. Help wanted has become "help needed."

Scott Super and his wife Tammy have owned Mayberry Diner for 20 years. The pandemic has been challenging but he says even difficult events like the recession never made finding workers this hard.

"We have tried all different venues for job applications to get notifications out that we're hiring," said Scott Super, "and we don't even get an application."

RELATED: Despite curfew lifting, Bunker Bar in no hurry to return to 2 a.m. closing

Now, as more customers come back, it's putting stress on the loyal longtime workers he does have that did come back. He uses the analogy of a duck on a pond to describe the restaurant; customers see the duck swimming smoothly above the water like the operations, but beneath the surface and behind the kitchen doors, things are different.

Super believes extended pandemic unemployment assistance has hurt the incentive to come back to work for some.

RELATED: US jobless claims fall to 730,000 but layoffs remain high

Mike Veh with the Ohio Means Job Center in Lucas County says as the pandemic situation is improving, people need to realize unemployment is a safety net, not a replacement for work. And that you can lose your unemployment benefits if you refuse a job offer that is safe and reasonable for your situation.

"Just because you don't want to work somewhere isn't a good enough reason," said Veh, "you have to a have a legitimate reason that you're putting yourself in danger."

Super stressed COVID safety measures like mask wearing, increased cleaning and social distancing have become second nature to them now. But more people are showing up to support businesses and he needs help finding people to meet that demand.

RELATED: Ohio Restaurant Association: Most restaurants say dropping curfew has had little to no effect on business

"The city, the administration, state, whoever it may be, can get the word out to the public," said Super, "that it's not making a lot of sense to have people stay home when there's jobs that can be filled."

If you're interested in a job at Mayberry Diner, Super says walk right in and fill out an application. There are three locations: 8253 Mayberry Square, Sylvania, Ohio, 2155 S. Byrne Road, Toledo, Ohio and 3606 Sylvania Ave, Toledo, Ohio.

Mayberry Diner owners Scott Super has owned the business for over 20 years. But they have never found it this hard to find workers. And they don’t know what to do as more people are starting to come in every week. He says it’s a problem affecting all restaurants @WTOL11Toledo pic.twitter.com/LemQUbb6WR