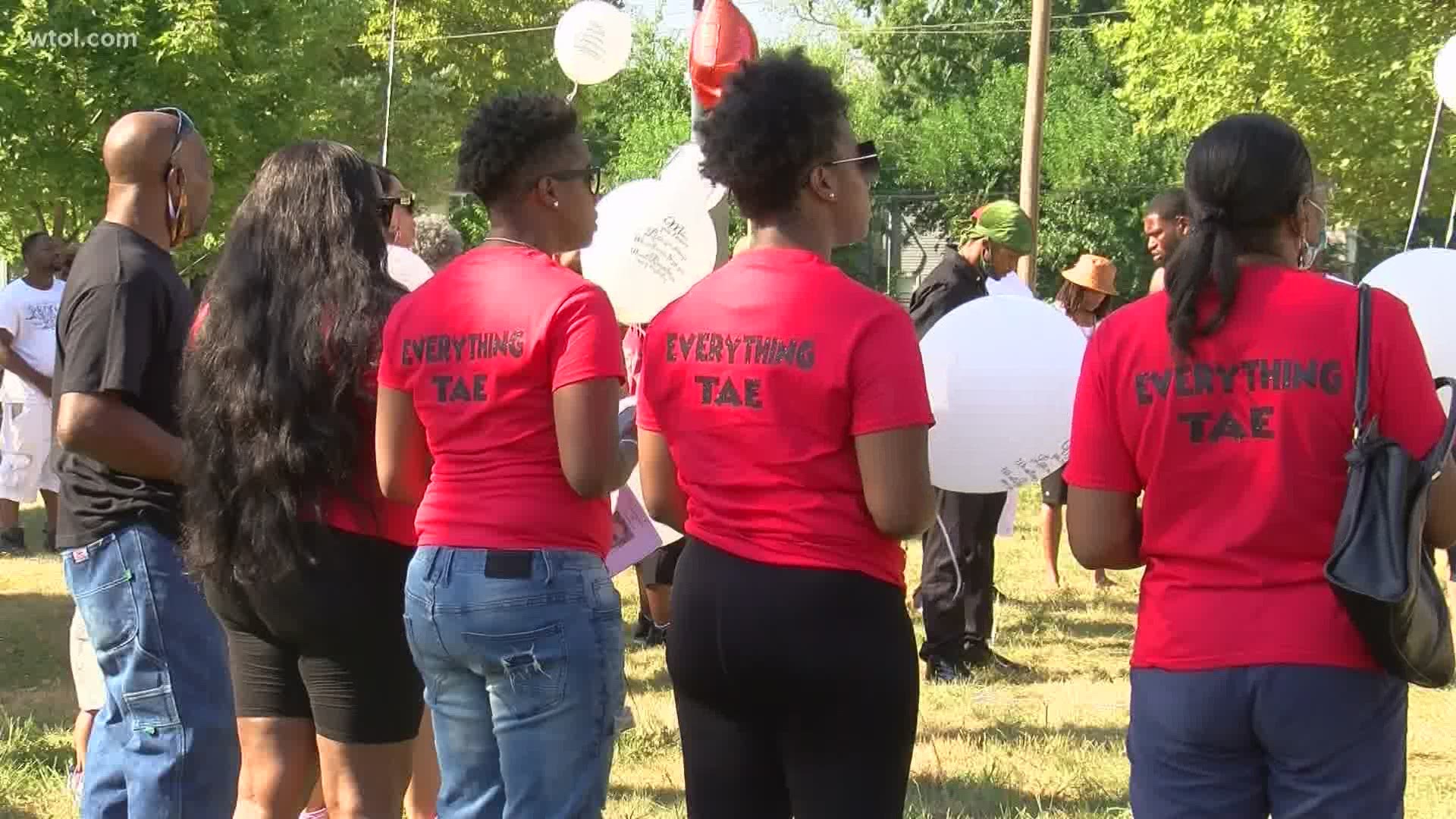 TOLEDO, Ohio — The community came together to remember one of its own shot and killed earlier this month. Derlanis "Tae" Holman went missing on August 2 but his body was found on August 9 on Pinewood Ave.

Pastor Charles Allen spoke at the service about Holman, who went to his church. He said, like many young people, Holman had dreams and ambitions but was taken too soon.

Police found his body on August 9 in a field near Pinewood Ave.

Family friend Malik Smith said Holman was a good kid and always willing to help others. Smith said it gave him chills when he heard the news but the community has to step up now and protect our youth.

"It's very tragic," said Smith. "You know I'm from the streets, you know I grew up in the streets and this is my neighborhood. So you know this is tragic."

"Only thing I can do is speak up and see if I can help someone and change their mindset, because these kids here are our future and we have to help them out and start there."

Smith is helping to organize a Stop the Violence Our Youth Matters March on Sunday at Detroit Ave. and Dorr St. at 4:30 p.m.

Holman's death marks one of 10 homicides in the city this month alone. Seven of those 10 victims were below the age of 30.