Two Toledo brothers set out to make a documentary about living with mental illness. In the end, music was made and a local non-profit received a needed donation. 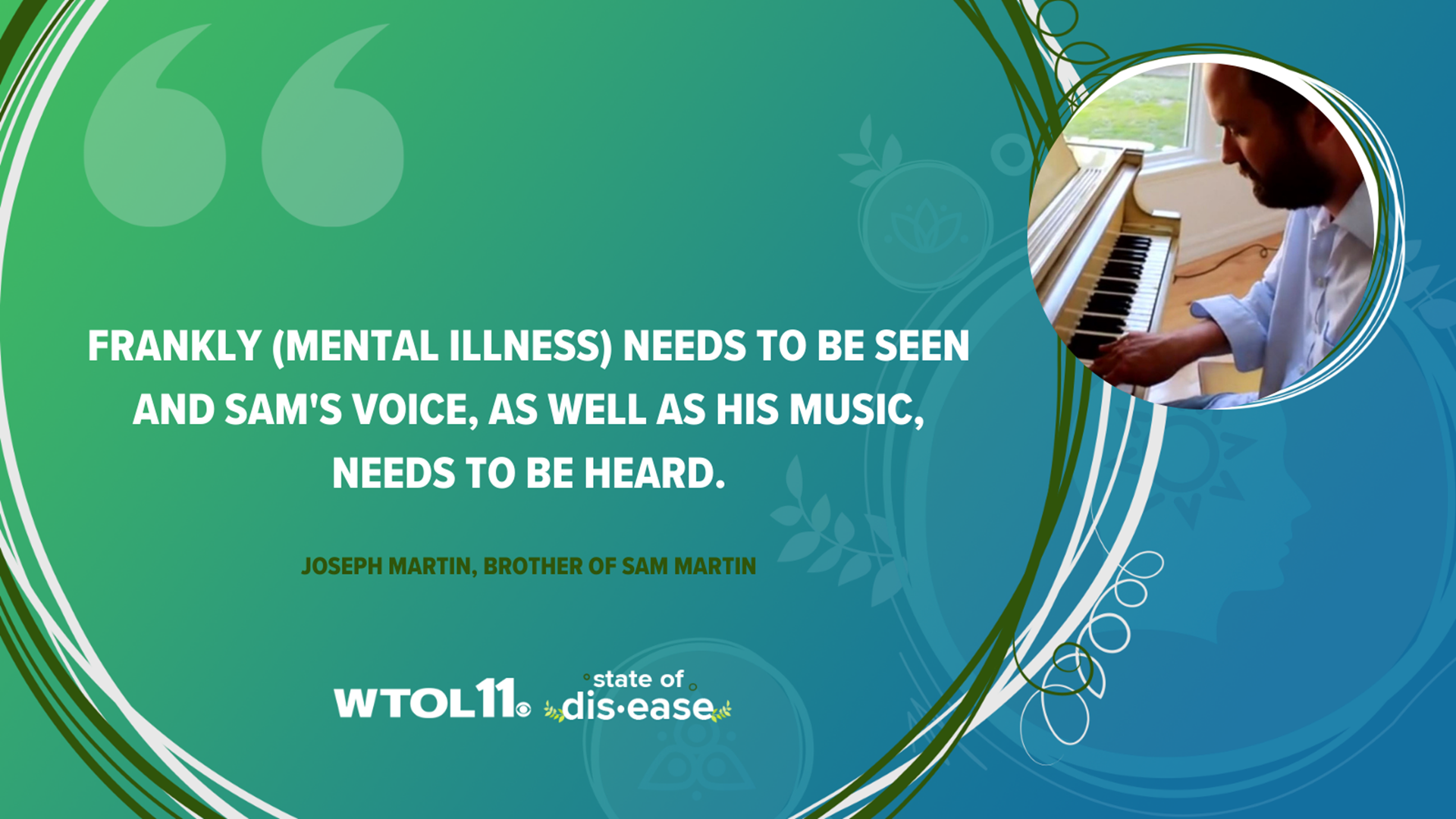 TOLEDO, Ohio — Sam Martin of Toledo is a talented musician who goes by the stage name Sam Cray. He also has bipolar disorder and has spent years in and out of the hospital. Side effects from medications make it difficult for him to connect to his music.

In 2014 he and his brother Joseph set out on a journey.

"We're going to show people what it really means to have bipolar disorder. We want to open up the doors to the psych ward and show you what's inside," said Sam's brother, Joseph Martin, in a Kickstarter campaign,  "Frankly it needs to be seen and Sam's voice, as well as his music, needs to be heard."

The plan was to record an album of Sam's personal music and make a documentary detailing the ins and outs, ups and downs of living with bipolar disorder.

"He was really doing well mentally, but just needed some inspiration I think. So I came up with this idea to produce a music album," Joseph said.

Through the Kickstarter campaign, the funding was there. Nearly $17,000 was raised.

"The album was released in 2017. So that was a big deal, we were really proud of it," Joseph said.

"It got to this point where I don't see a happy ending and that's not the story I wanted to tell. I'm trying to give people hope here," Joseph said.

So Joseph had to figure out what to do with the money raised. Some was used to make the album, of course. He asked the donors if they'd be OK giving what was left to NAMI, the National Alliance on Mental Illness.

"My mom, the support that she got through NAMI was so valuable to her on an emotional level and that's where NAMI comes through," Joseph said.

Jackie Martin is Sam and Joseph's mom. She also helps care for Sam and has relied on NAMI for support.

"It's a great source of information, but also it's very supportive. You get to know these other families and where they are. Their situations are all unique," Jackie said.

She also volunteers for NAMI through its faith council and wants the community to know there is help available for anyone with mental illness and for their loved ones.

"Call NAMI of Greater Toledo and they'll probably direct you to a family navigator and that's the person who has all the resources, knows all the information."

Jackie says Sam is doing better now on his current treatment plan and she's seeing a light at the end of the tunnel. She hopes we all can become more comfortable talking about mental illness.

"To not be ashamed of it and have the stigma that we've had regarding mental illness," Jackie said.

Before the pandemic, one in five American adults experienced mental illness each year. Now, the National Alliance on Mental Illness says it's one in three.

NAMI says it's grateful for the donation, which will go toward sustaining its free programs to people in need including educational classes, outreach efforts and support groups.

If you'd like to hear more of Sam's music, you can listen on Spotify, Apple Music and Amazon. 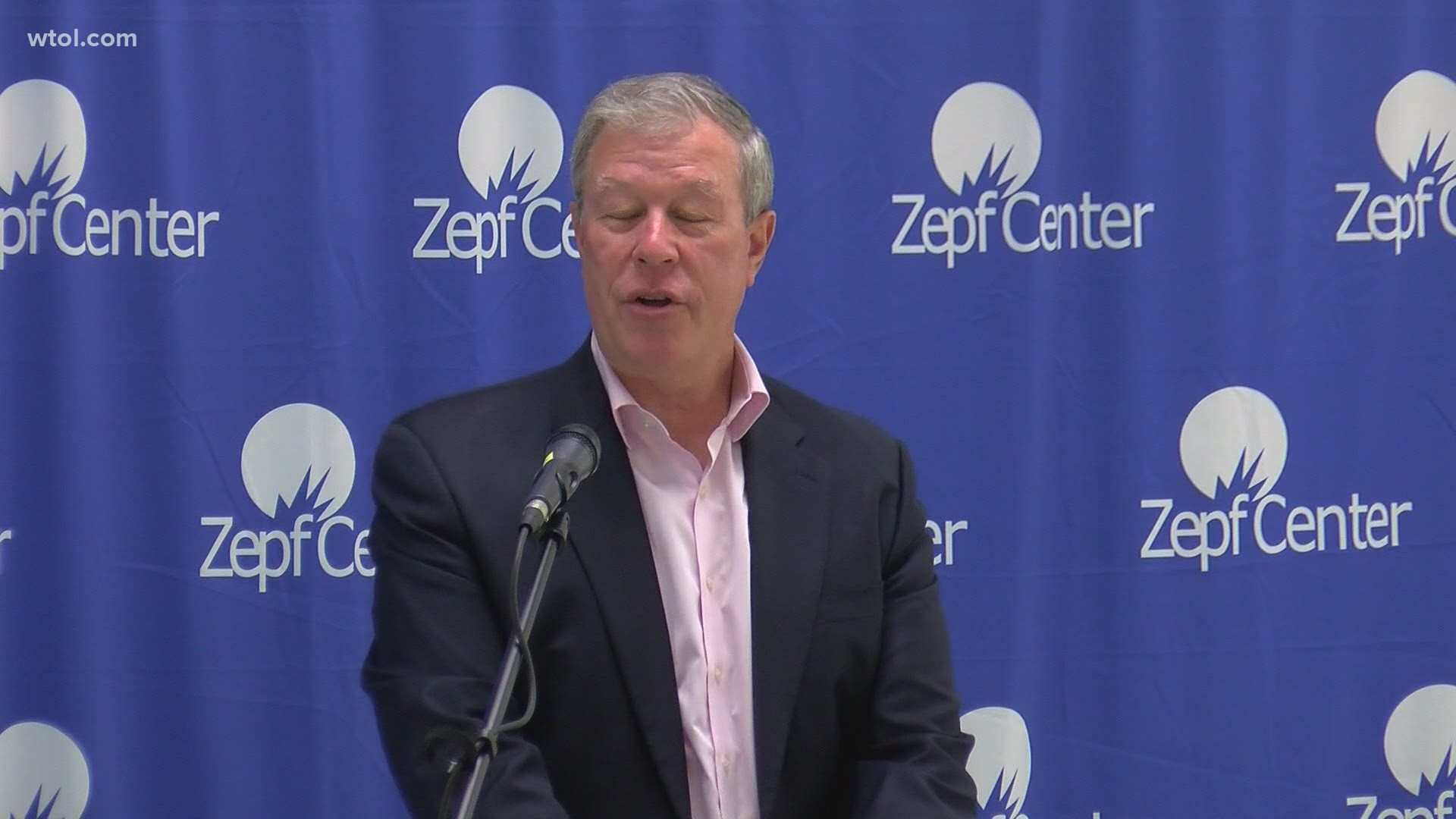