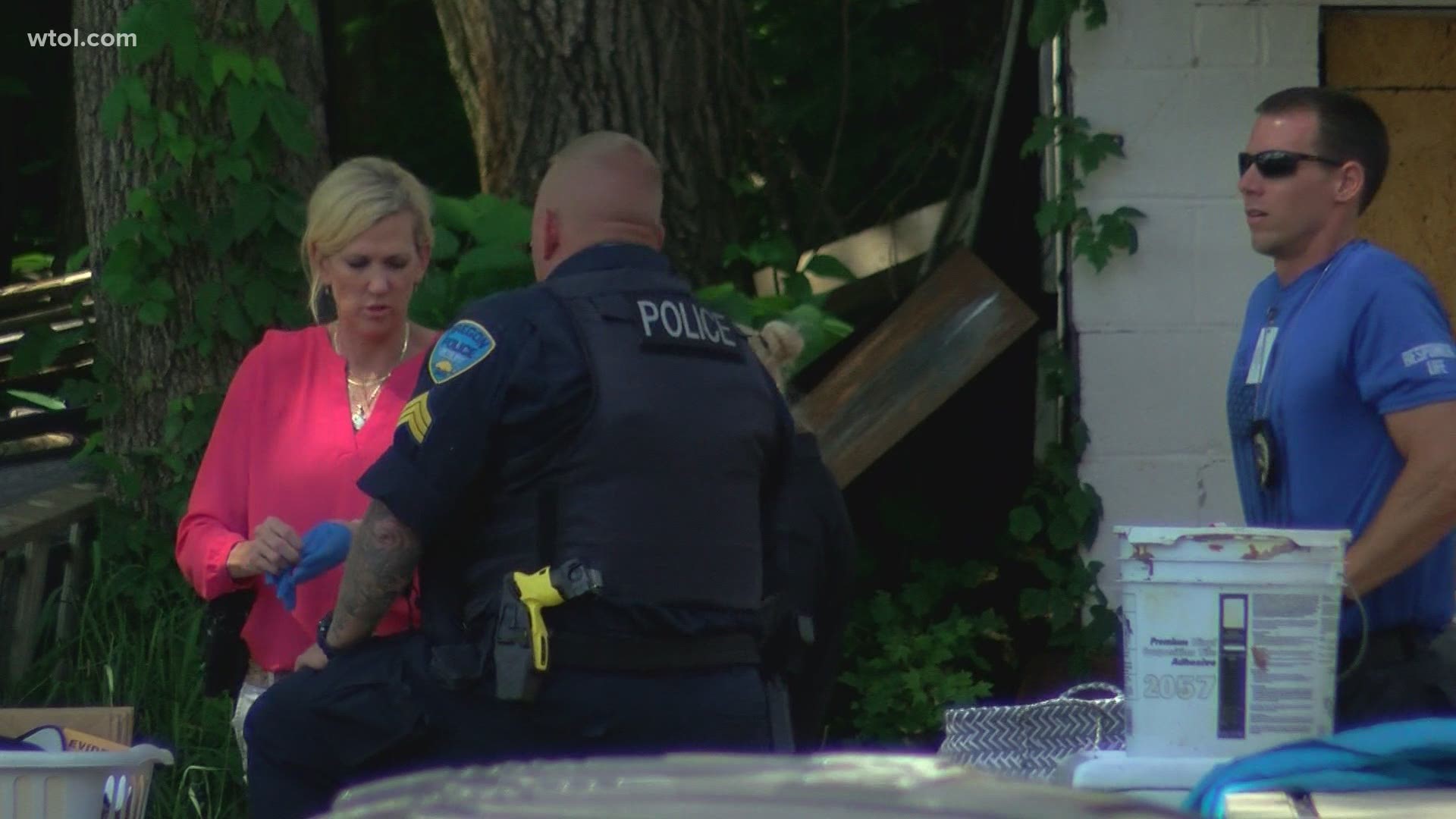 TOLEDO, Ohio — An FBI agent was shot at Monday while supporting Toledo Police and SWAT execute a search warrant on a nearby home.

Prior to executing a search warrant at 1628/1630 W. Bancroft St., the FBI agent was parked on Auburn Avenue south of Bancroft serving in an assisting capacity, according to Toledo Police. While parked, Shasta Burton exited the porch at 2146 Auburn and fired one shot from an SKS rifle at the agent.

The agent activated his lights, identified himself, took cover behind his vehicle and ordered Burton to the ground. April Barringer then exited the home and started recording the incident, and police say she "made movements" toward the rifle Burton dropped.

Both were taken into custody and Burton was charged with felonious assault. Court records indicate the two are engaged.

Police then obtained a search warrant on the Auburn residence and recovered 20 marijuana plants and three firearms.

Officers were seen removing items from 1628 and 1630 W. Bancroft St. Monday afternoon. Vehicles were also towed from the property.

It's unclear what connection the two suspects have, if any, to the Bancroft property. That search warrant was conducted by Oregon Police.