Toledo Police say the victim was also involved in a crash. 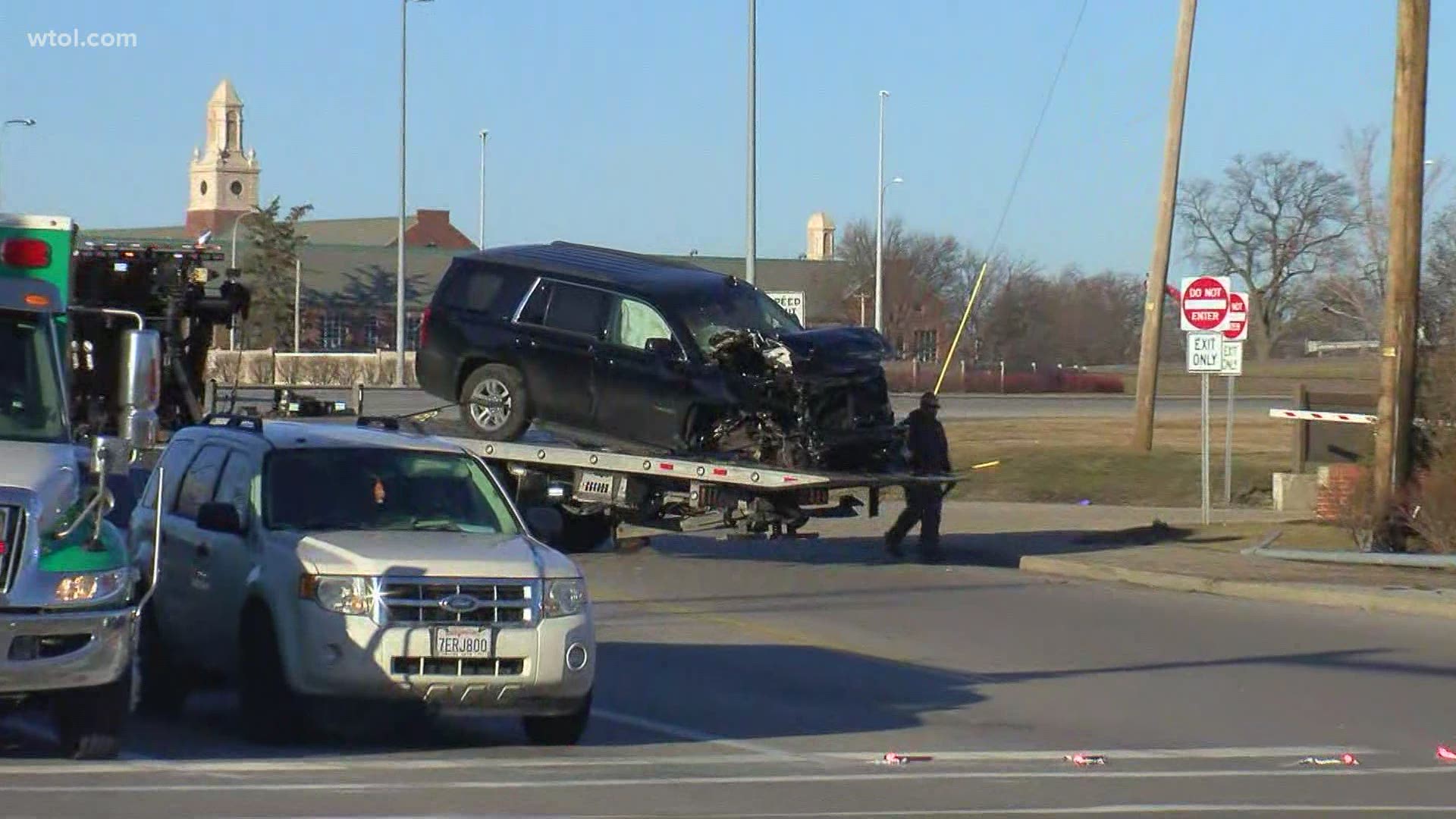 Officers responded to the 2100 block just after 2:30 p.m. and say the male victim was also involved in a crash. They are still trying to determined which happened first.

Multiple shell casings can be seen on the road.

Credit: WTOL
The driver of the black SUV was shot Tuesday and taken to the hospital.

A police report released Wednesday indicates the victim, Javon Porter, 29, was was found in his vehicle with a gunshot wound to the head. He is listed in critical condition at Toledo Hospital.