This happened just before 3 a.m. at a club called 'The Vision.' At least four people were shot and treated at local hospitals. 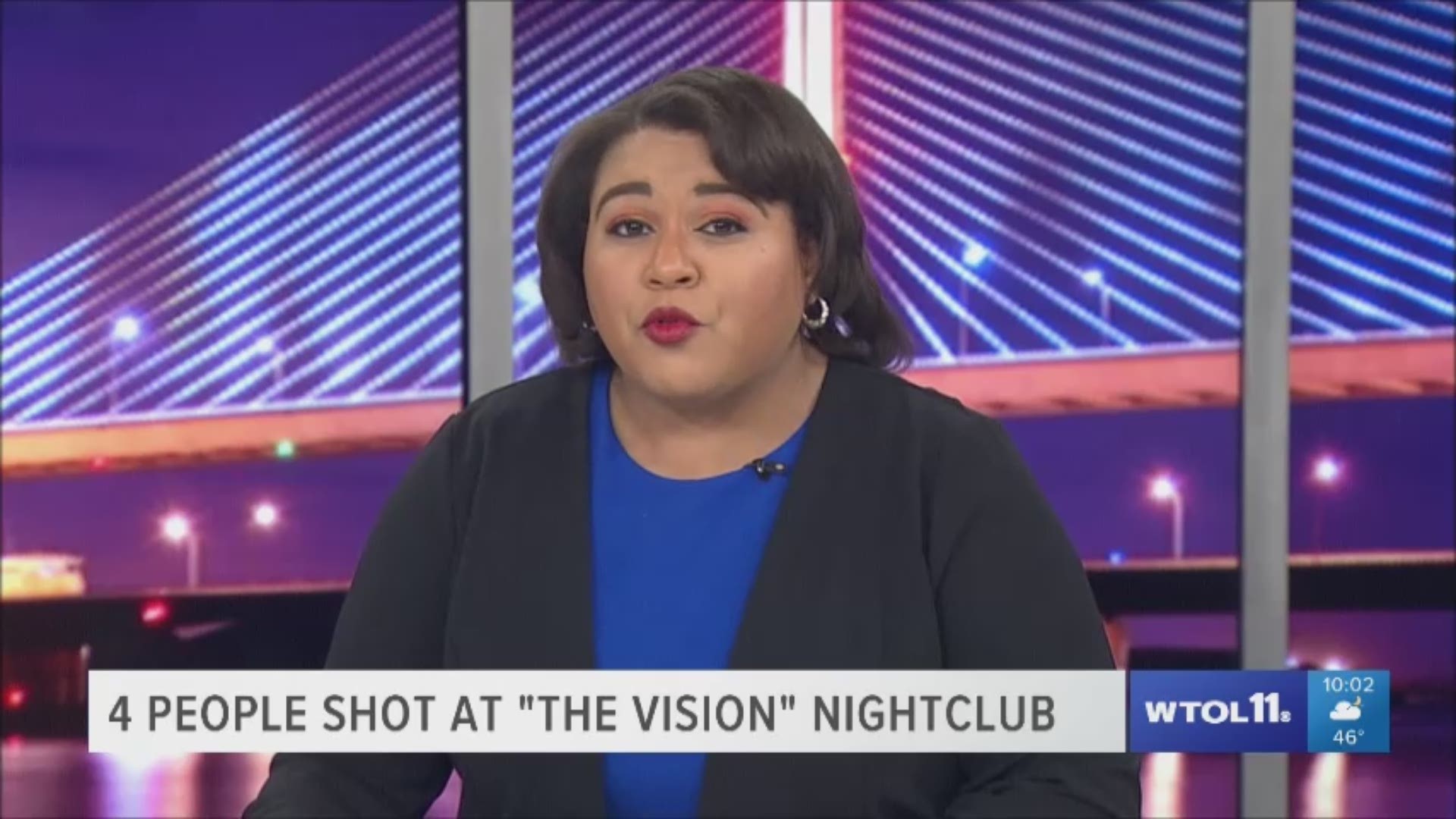 This happened just before 3 a.m. at a club called "The Vision" located on Magnolia Street between Huron and Erie Street.

Police say they responded to the area after Shotspotter detected gunshots and while on their way there, they also received multiple calls reporting the incident.

Police say victims were not found on the scene, but three of them arrived at St. Vicent Medical Center while the other one went to Toledo Hospital. None of them suffered life-threatening injuries.

Once officers arrived on the scene, they learned the shooting had happened inside the club. They summoned swat, and as crews began to enter, two people got out of the facility on their own, according to police.

Police have yet to say whether they have anyone in custody.

WTOL will continue to keep you updated.