Edward Henry, 57, was found dead in a wooded area after the fatal shooting of Dia. Henry had several bench warrants out. 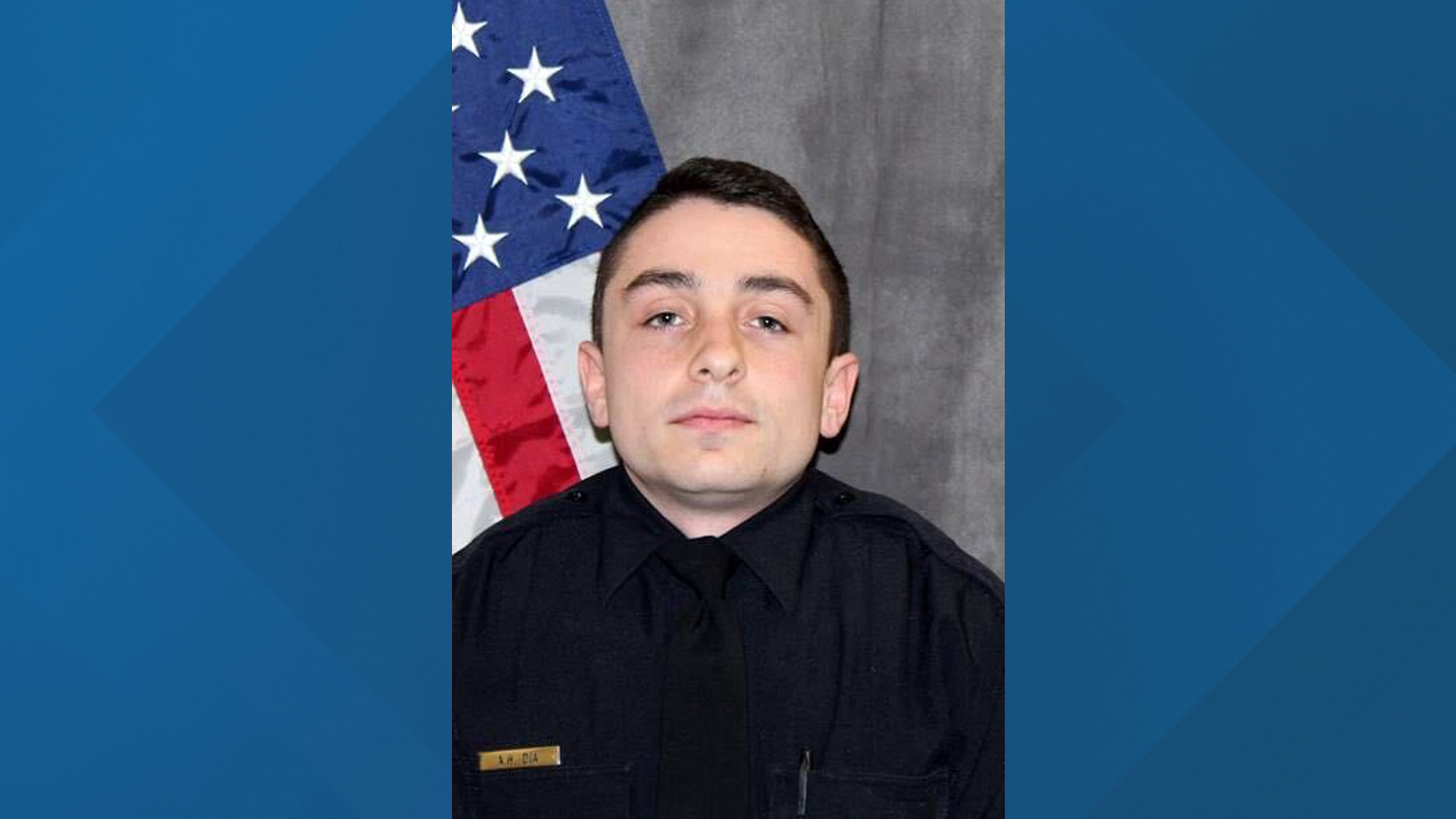 TOLEDO, Ohio — On Aug. 5, an intoxicated Edward Henry was walking his dog down Eleanor Avenue in West Toledo.

It was the middle of the day, and he stopped, unzipped his pants, and began urinating on a fence.

Just feet away, the homeowner was watering her garden and yelled at the man.

The woman described the incident to WTOL but did not want her name or address to be used.

"I told him that I was going to call the police. As he walked away, he said, 'if I had a gun, I would shoot you.'"

Moments later, police found him passed out at the intersection of Sabra and Westway.

He was charged with menacing, public indecency, and disorderly conduct.

A records search shows that Henry had numerous traffic and alcohol violations dating back to 1986 in Toledo. He also had assault, resisting arrest, traffic, and alcohol charges in Lenawee County.

But on Saturday morning, according to police sources, his encounters with police turned deadly when he killed Officer Anthony Dia. Police say Dia was responding to a call for a man causing a disturbance during a gathering of car lovers at the Home Depot on Alexis Road.

Police say Dia was doing a wellness check on Henry when the man wheeled and shot Dia in the chest. Officers rushed him to the hospital, but he was pronounced dead at Toledo Hospital.

Henry fled into nearby woods. The police put up a drone and deployed a K-9 officer. Shortly after 3 a.m. a gunshot was heard and, police said, Henry was found dead from a self-inflicted gunshot to the head.

In January, bench warrants were issued when Henry failed to appear in court for the August incident.

The woman who filed that complaint became visibly shaken when she was told that the same man who had threatened to shoot her killed a Toledo police officer on Saturday morning.

She said she was not familiar with Henry prior to the incident but that her neighbor told her that Henry was a known nuisance in the neighborhood.

Henry was 57 years and was listed as living on Eastway Street in West Toledo. No one answered the door at his home. One neighbor said he believed that Henry lived with his elderly mother at the address.

Across Toledo, police and residents mourned the death of Anthony Dia, the first Toledo officer killed in the line of duty since 2007.