'Stay safe, spread love, take it easy' | Chef uses cookie creativity to raise money for culinary school and give back to the community 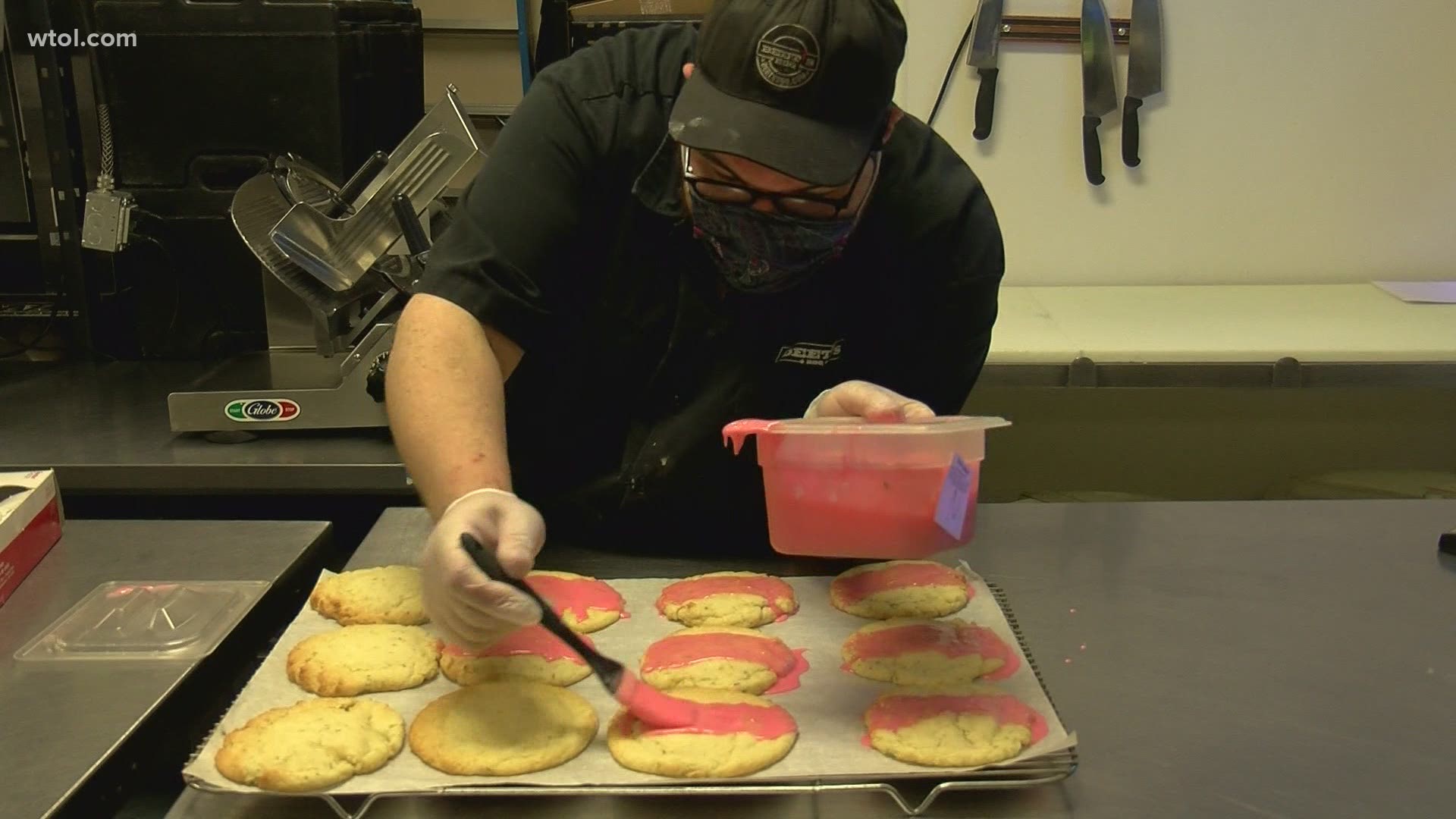 OREGON, Ohio — Pacer Miller was playing around with his recipe for brown butter chocolate chip cookies when he happened to strike confectionery gold.

Pacer brought some extras cookies to his boss Trevor Deeter. Deeter was a quick fan.

"He brought them to us and just had to try them out in the middle of nowhere and in my head, it was inevitable. We have to start putting these on the menu," said Deeter.

Pacer has worked as a chef at Deeter's restaurant, Deet's BBQ, since 2018.

Deeter and Pacer teamed up to create Pacer Cookies, which are now baked and sold at Deet's BBQ.

A portion of the proceeds go toward helping Pacer pay for culinary school at Owens Community College. Another portion will go to the Ability Center of Greater Toledo.

Pacer was diagnosed with Asperger's Syndrome and ADHD when he was younger. He says he hopes the Ability Center will be able to use this money to help people like him.

"I cook because cooking is a vehicle to helping a lot of people. Trevor does that, I admire him a lot for that and that's just all you can do in life is help as many people as you can," said Pacer.

Deet's BBQ is working with the Ability Center of Toledo on ways to help with its workforce integration programs.

If you want to help in the effort, you can snag Pacer's lemon rosemary butter cookies at any of the Deet's BBQ locations across the area.