An influx of talent representing the area is on the national stage. 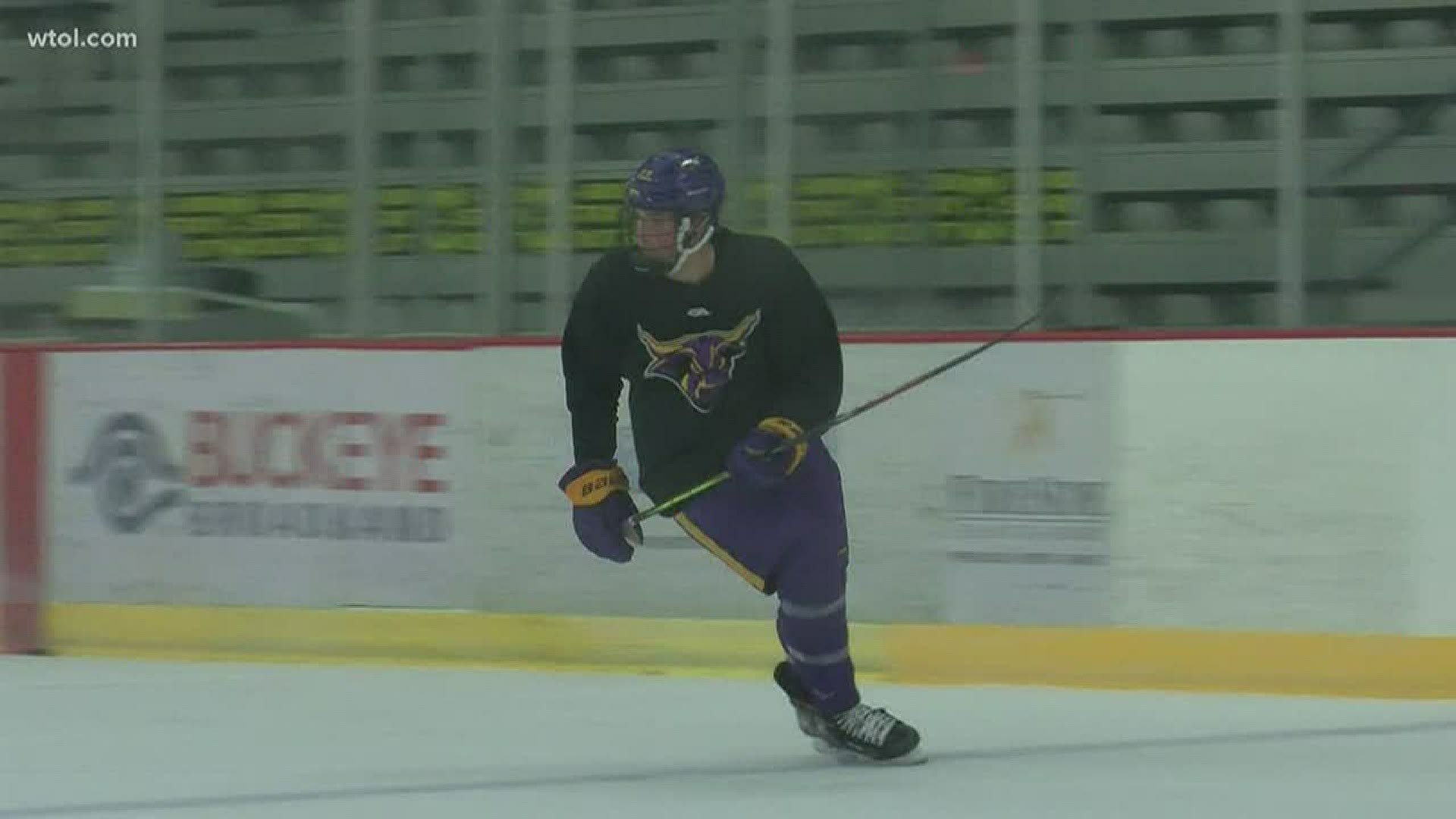 TOLEDO, Ohio — The doors are back open at Tam-O and the ice is down. Over the next week, we will be looking at an incredible crop of rare hockey talent that all call northwest Ohio home. During the offseason, they all return to their hometowns and train together.

The stands are empty and no one else is in the rink, but that’s when this incredibly rare group of players are all training together.

Gordi Meyer is a Sylvania native. He just finished up his college career at Ohio State and is looking forward to turning pro next season.

Brendan Furry is a St. Francis grad. He’s entering his second year at Minnesota State. The Mavericks are one of the top college hockey programs in America.

Joe Sofo is a St. John’s grad. He’s playing Division I College Hockey as well up at Alaska-Anchorage.

“We’ve got a tremendous amount of talent in this area and it’s continually growing,” said Furry. “We have great opportunities to work with great people here. We work over at EAO. We work with Nick Parillo here. I think we have all the tools here and it just shows that we’re pulling out talent out of this area.”

“It’s kind of wild,” said Sofo. “When we were younger, we had Alden Hirschfeld from here and then Mike Monteith. That was it with guys that played college."

"Gordi committed first and then they all just sort of started rolling and we all have skated together our whole lives. It’s weird, but it’s a tightknit group and we all know each other really well and it makes it really fun and special.”

It would be impressive if the talent stopped there, but it doesn't.

Tanner Dickinson is a Perrysburg native. He’s represented the United States in multiple international tournaments and is currently playing in the OHL. The 18-year-old will very likely be selected in the NHL Draft once it’s rescheduled.

Ben Schoen is a Maumee native. He’s currently playing in the USHL for the Youngstown Phantoms. He hasn’t finished high school yet and he’s also played for Team USA and will also likely be selected in the NHL Draft.

“I just think it’s really fun to be with guys from the area that are doing a lot of good things with their career,” said Dickinson. “It’s really cool because a lot of these guys I grew up playing with and everything.”

“It’s obviously pretty cool to have this much talent where you live,” said Schoen. “It’s so much fun skating with Division I players or OHL guys. It’s nice to not have to go all the way up to Detroit or something. You can stay in your hometown and play with some of the best players in the country. It’s fun and I enjoy it. They’re all some of my good buddies so it’s fun too that we’re all friends.”

One other big name that is normally taking part in these skates is Sylvania native Mitch Miller who will also be drafted.

Off the ice, most of the players have trained at EAO Sports together with Dan Jones for years. The talent level from this group is off the charts and the future is just as bright.

Stick with WTOL 11 as the week goes on and take a deeper dive into one of the best crops of hockey talent this town has ever seen.