High school seniors got the word Monday that their final year for spring sports wouldn't happen. Now, for some, they have to look to the future. 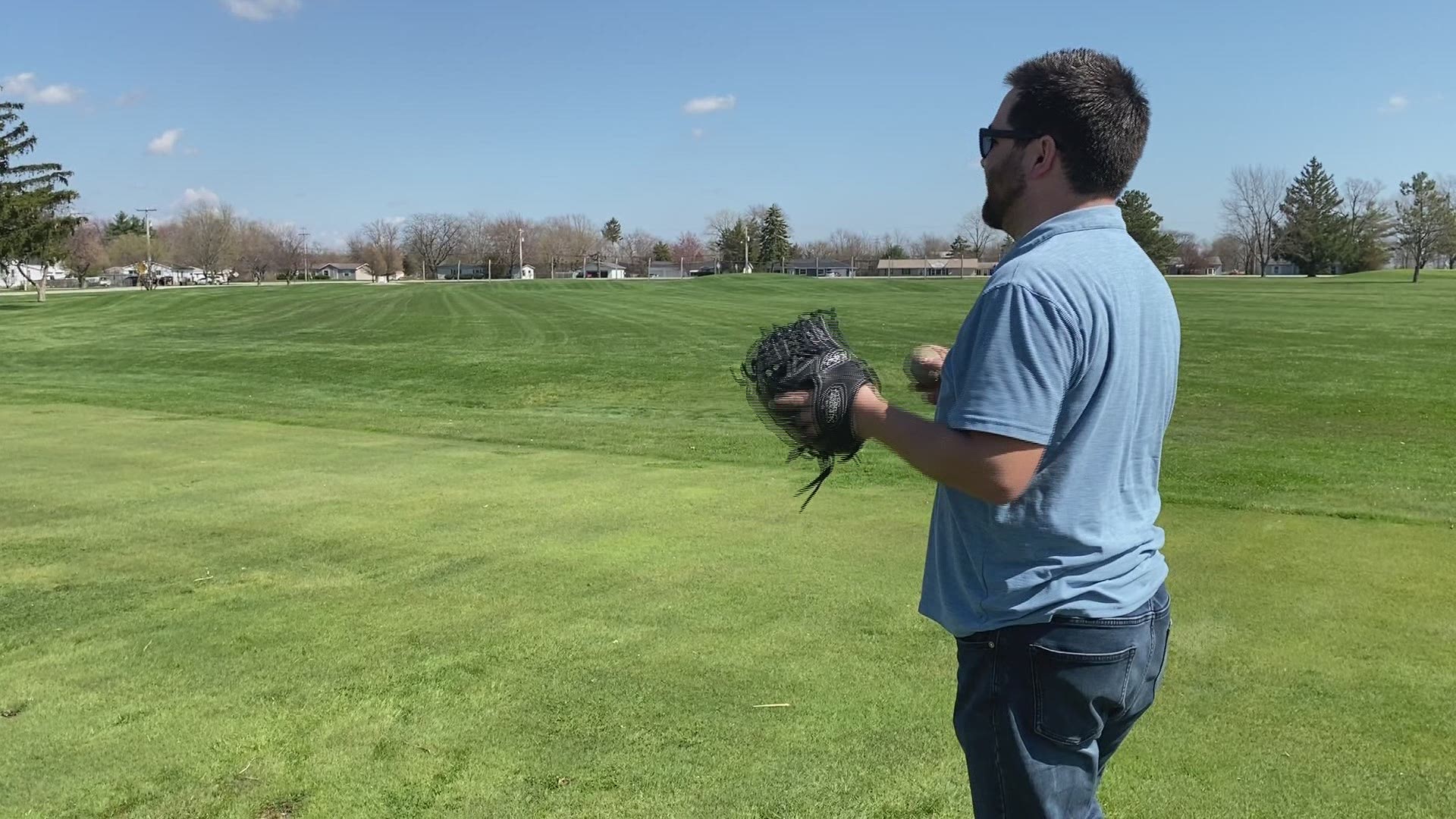 DEFIANCE, Ohio — You were poised to have a really big year. You signed with Ohio State and then it was all just uncertain. What was the mood like when everything stopped, because you said you were at practice?

"Right before our third practice of the year, Coach Held comes in and says spring break is three weeks long and we're all going crazy. Spring break, three weeks, it sounds great. We have our Florida trip planned for the baseball team and we were just really ecstatic," said Kline. "Out of nowhere later that day, it was just baseball is done for a little bit, well that's just crazy to think. How am I going to keep my arm in shape? How are guys gonna take it? How's everybody going to be coping with it? It's just weird."

"That was the first thing I asked Coach Beals. I called him and I was like 'Coach, do you have any workouts you want us to do?' He sent me a couple of workouts, just mainly running and lifting kind of exercises," said Kline. "After that, he said just do what you normally do to keep your arm in shape. Lucky for me, my catcher is one of my best friends, he lives right around the corner from me. He and I have been out throwing every day, so I'm blessed for that. But, as for other people, I guess they're just doing their own thing."

"It's obviously disappointing not getting to play baseball for my senior year, but I'm making the best of my situation. I'm out trying to get myself better while I can. I'm learning to throw a cutter right now. I'm trying to add a new pitch to my arsenal. It's disappointing we're not going to be able to play, but we'll get through it."

There's such a rich tradition at Defiance, with baseball, and you seemed to be that next pitcher that was in line for that. Is it tough knowing you might not get to realize your full potential while you were at Defiance and following in that long line of guys?

"Yeah, it would have been nice to go down in Defiance High School as one of the better players to come through, but unlike some of my friends who I really feel bad for, like the other three seniors on the team, I get to keep playing. So, I'll have time to get my potential up and work and I'll be fine," said Kline.