The Green Springs American Legion is home to this youth marksmanship team. In the entire country, only 200 kids make it to the Junior Olympics for air rifle. 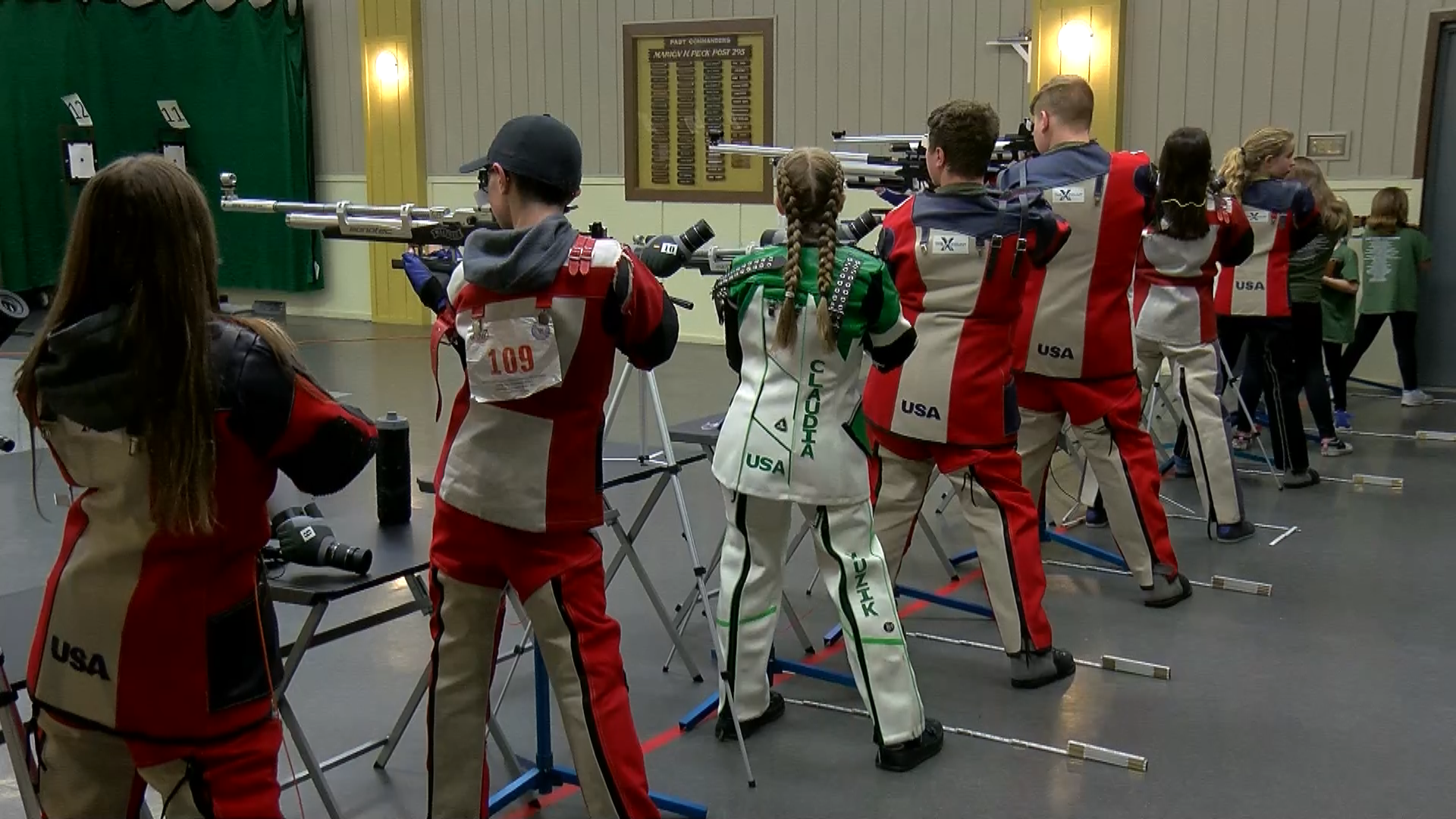 GREEN SPRINGS, Ohio — In the entire country, only 200 kids make it to the Junior Olympics for air rifle.

Five of those 200 are from right here in northwest Ohio.

We got a peek inside their practice to watch what goes into a perfect shot.

Inside the Green Springs American Legion post, it's practice time for the marksmanship team. In just a year of being a together, they are sending several kids to the Junior Olympics.

"I said 'lets go try out for Junior Olympics but, I think it's going to be a long shot,'" said coach Matt Muzik. "We were practicing four or five days a week for four months. Last Friday we got the news not only one kid made it, five kids made it."

It was one conversation between Claudia Muzik and her dad that created this team.

"Claudia said, 'I want to start a team.' I said, 'are you sure about that?'" explained Matt Muzik. "I said this is going to take away from you. But she said it's okay, this is what I want to do."

Dietrich Bergman is one of those heading to the Junior Olympics. His love of air rifle started with one trip to the range.

"Me and my family went to Camp Perry just to have fun and I was good at it and had a lot of fun," said Bergman. "So my dad asked if there was a team, so I joined the team."

All their hard work pays off when they get that perfect shot.

"You can just feel it in your body. You know the moment you get the perfect shot," said Claudia Muzik.