At a press conference, Toledo Mayor Wade Kapszukiewicz and city leaders renewed their commitment to a clean Lake Erie by enlisting each and every citizen to take action. 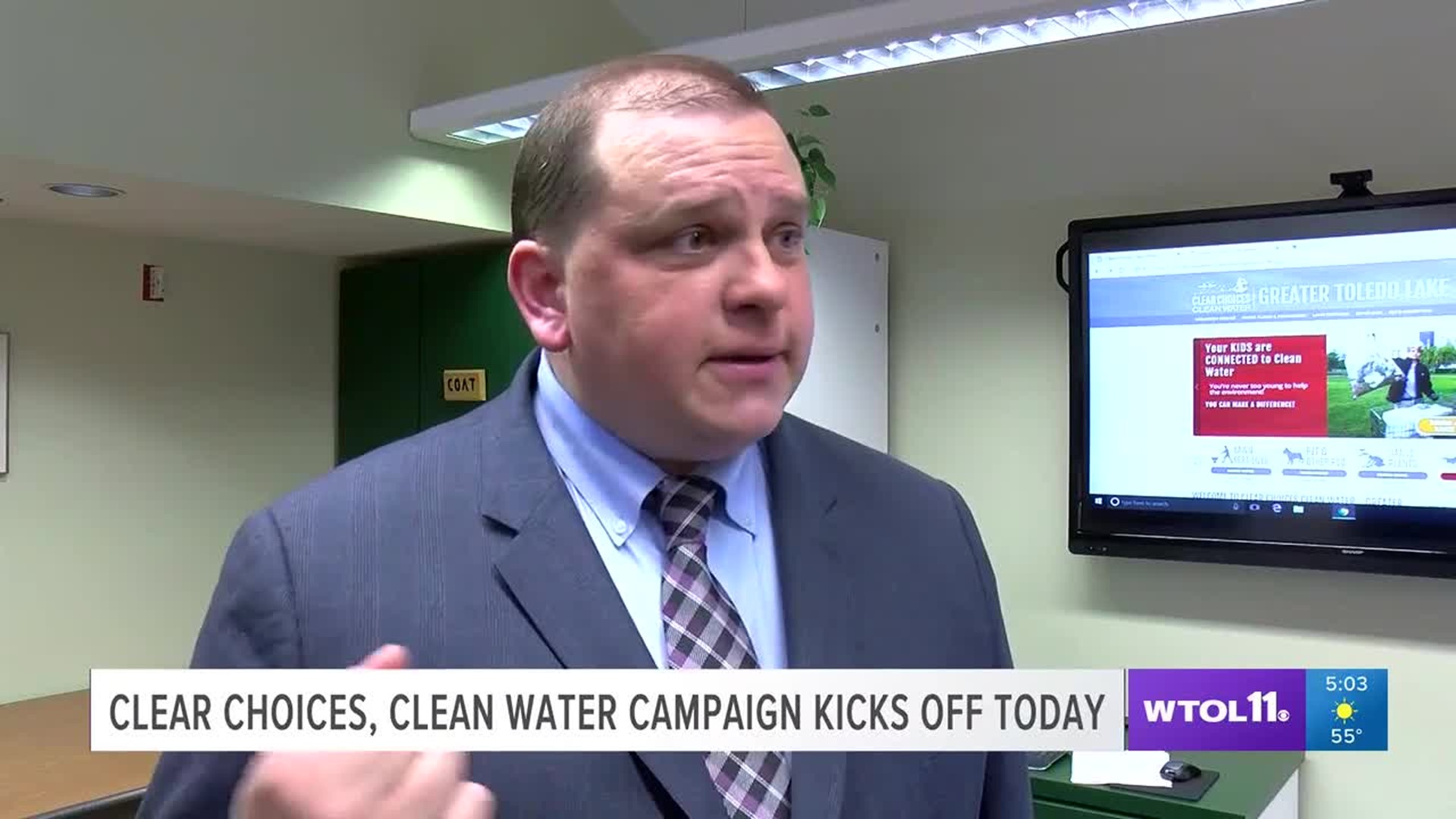 TOLEDO (WTOL) - Monday marked the start of a new campaign in Toledo aimed at everyday folks doing their part in helping keep Lake Erie clean and clear of pollution.

At a press conference, city leaders renewed their commitment to a clean Lake Erie by enlisting each and every citizen to take action. They made simple requests that many would consider common sense, such as picking up after your pets and minimizing your lawn mowing.

“I think what we’re really doing is just showing that every one of us has a role,” Toledo mayor Wade Kapszukiewicz said. “Now it might be a small role, but every one of us can do something.”

"I pledged to clean the storm drain in front of my house,” said Lashawna Weeks, an environmental specialist for the city. “During leaf season, it gets clogged and so that's my personal commitment."

It’s a city-wide campaign that began Monday and never really ends. In the spirit of friendly fun, some agencies across Toledo, like the police and fire departments, will compete to see who’s most environmentally-cognizant.

"We're doing a lot of things to try to create attention, energy and competition to achieve a common goal," Kapszukiewicz said.

While the campaign’s goal is admirable and realistic, Kapszukiewicz wanted to make one thing clear: he knows everyday folks are not the main perpetrators.

"There's no mystery who's causing this problem,” he said. “There just isn't. Somewhere between 88 and 92 percent of the algal bloom problem is caused by the agricultural community. Nutrient runoff, phosphorous contributions that take place miles and miles away from here."

Additionally, the mayor said he was frustrated with the Ohio legislature for what he said is a failure to appropriately regulate the agricultural industry, and while this campaign calls on the people to act in Toledo, he hopes it inspires change in Columbus as well.

If you want to make a pledge as part of the Clear Choices, Clean Water campaign, click here.