Help is on the way, but hunger still confronts a vast swath of Ohio

Additional benefits come at a time of mounting despair as partners with the Ohio Association of Food Banks see the heaviest demand in the group's 20-year existence. 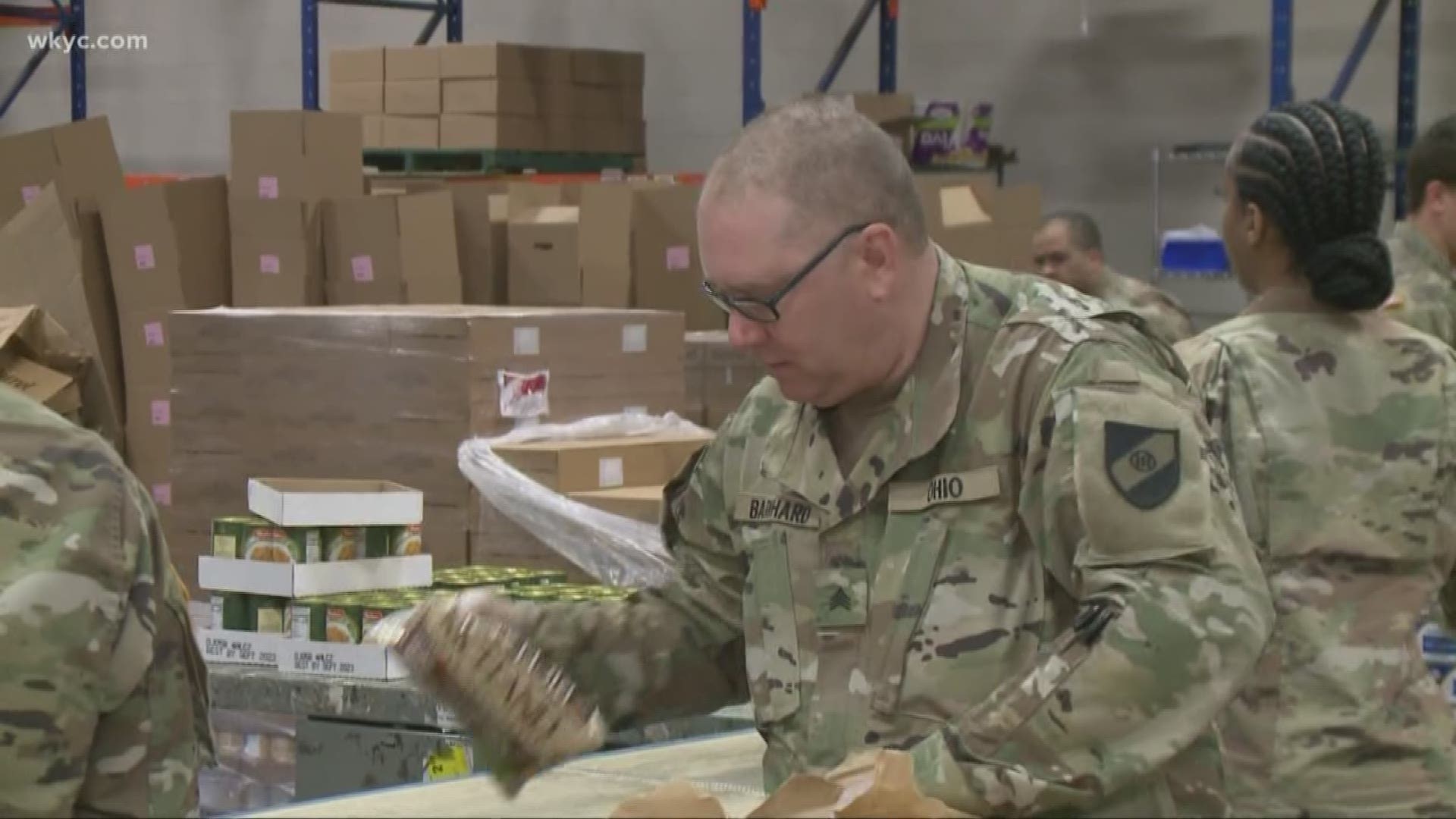 COLUMBUS, Ohio — When Congress passed a $900 million COVID-relief package just before Christmas, it contained good news for legions of desperate Americans. But one of Ohio’s top advocates against hunger said it won’t be nearly enough.

Among its provisions is a four-month, 15% increase in benefits from the Supplemental Nutrition Assistance Program. But said Lisa Hamler-Fugitt, executive director of the Ohio Association of Food Banks, the increase in the program formerly known as food stamps would only prevent beneficiaries from sliding further into hunger.

“Food prices have been skyrocketing for everyone and we think this can get some folks back to level,” she said.

The additional benefits come at a time of mounting despair. Hamler-Fugitt said her group’s member food banks are seeing the heaviest demand in the 20 years the association has existed.

Also, the U.S. Census Bureau’s Household Pulse Survey estimates that at the end of December, almost 1.2 million Ohioans often or sometimes didn’t get enough to eat during the past seven days. That’s 10% of the state’s population.

Among other provisions in the relief package intended to help the poor:

But Hamler-Fugitt said the measures are woefully inadequate in the face of the current crisis.

“These are temporary,” she said. “They’re extremely modest. A lot of it is just going to make up for rapidly rising food costs.”

But a measure not directly related to food will do much to ease the pressure on family budgets.

The new COVID relief package provides $700 million to help struggling Ohioans with rent, mortgage and utility payments. The Household Pulse survey estimates that at the end of December, 624,000 Ohio families had slight or no confidence they would be able to pay the coming month’s rent.

“So many Ohioans are just months and months behind,” Hamler-Fugitt said.

She said food banks and other anti-poverty efforts got a big boost from two other measures.

One was an extension of $2 billion in funding left over in Ohio from the CARES Act passed by Congress in March. The funding was set to expire at the end of the year.

Another is that Gov. Mike DeWine extended National Guard assistance at food banks until the end of March.

“We were completely freaking out because our volunteers have not returned,” Hamler-Fugitt said. “Our senior citizen volunteers are not going to return until we start seeing covid getting checked and people being able to get vaccinations so they can protect themselves.”

She said that while the additional assistance is vital, policy makers also have to confront harsh realities both in the long and short term.

“A lot of the jobs in hospitality, retail, restaurants, food service; they are likely not going to come back. So what are going to do long-term with education and training to prepare folks with new skills?” Hamler-Fugitt said. “Also, what are we going to do to wrestle COVID to the ground?”

The U.S. Census Bureau’s Household Pulse Survey estimates that at the end of December, almost 1.2 million Ohioans often or sometimes didn’t get enough to eat during the past seven days. That’s 10% of the state’s population.https://t.co/Ue0sPAydFy