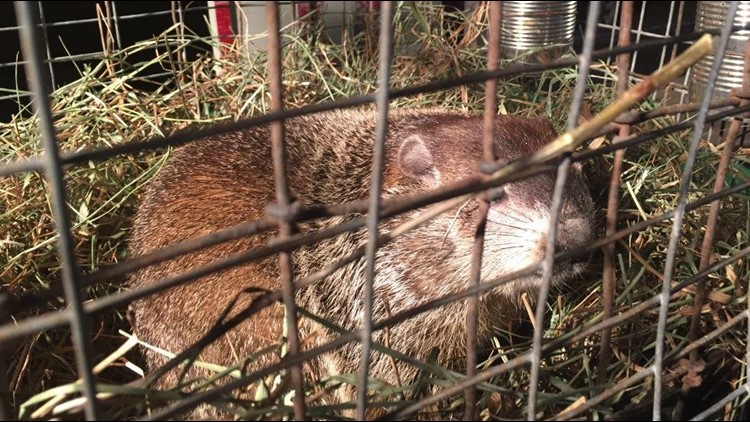 MARION, Ohio — On Sunday morning, Buckeye Chuck predicted an early arrival for spring this year, as the famed groundhog did not see his shadow.

Buckeye Chuck emerged from his winter burrow in Marion for Groundhog Day.

This marks the 41st year that Buckeye Chuck has been predicting spring's arrival.

The way it works is that if Buckeye Chuck is able to see his shadow at sunrise, then Ohio residents will be faced with six more weeks of winter.

For the first time in over 900 years, Sunday is an extra rare palindrome day