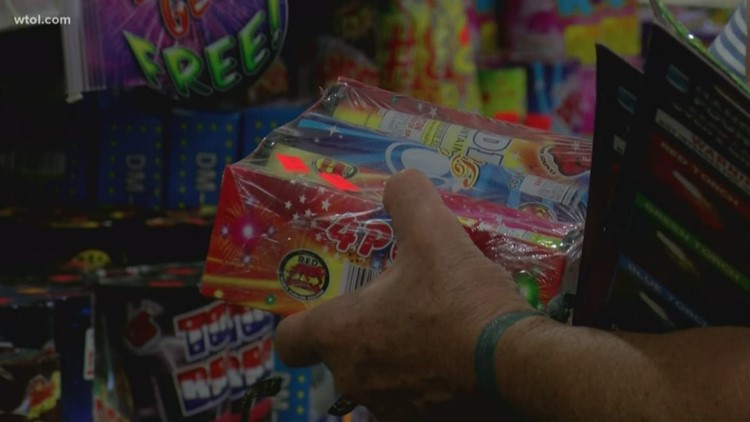 COLUMBUS, Ohio — Opponents of a bill that would repeal a ban on setting off fireworks on private property are warning the legislation could lead to dangerous consequences.

The bill would allow individuals to buy and use consumer fireworks in Ohio.

Ohio Reps. Don Manning, R-North Lima, and Michael O'Brien, D-Warren, co-sponsored the legislation piece, which is being discussed before the House Commerce and Labor Committee.

The Ohio affiliate of Prevent Blindness CEO, Sherill Williams, testified against the bill during a committee hearing on Wednesday. She said that one in five of the 10,000 serious consumer fireworks injuries each year are to the eye.

Ohio affiliate of the American Academy of Pediatrics co-chair, Bill Cotton, who also opposes the bill, added that data from the U.S. Consumer Product Safety Commission shows about 12,900 firework-related injuries were treated at hospital emergency rooms in 2017.

On the other hand, proponents of the bill argued on a hearing held in December that no other industry but the consumer fireworks has a safety record that shows related injuries decreasing while consumption increased.

"The consumer fireworks industry recognized the importance of bringing a safer, quality, product to market in 1991 when it created the American Fireworks Standards Laboratory," Youngstown-based Phanton Fireworks Director of Government Affairs Daniel Peart said. "In that time, U.S. Consumer Product Safety Commission fireworks-related injuries statistics have shown that while fireworks consumption has more than doubled in that time, fireworks-related injuries have decreased by more than 60%."

RELATED: As MI fireworks dealers gear up for Independence Day, TFRD warns individual use is illegal

Four Ohio citizens also testified against the bill, including the captain of the city of Euclid Fire Department, a person who suffered from fireworks-related injuries, a U.S. Air Force veteran who served for seven years and a retired fire department lieutenant.

The Ohio Director for the Humane Society testified as an interested party, saying "responsive governments should consider the impact on pets, their owners, animal control officers and shelters caused by fireworks. They should also consider the risk to wildlife caused by the same."