Lt. Zakariya Reed with the Toledo Fire and Rescue Department says the number of deaths grew drastically during the pandemic. 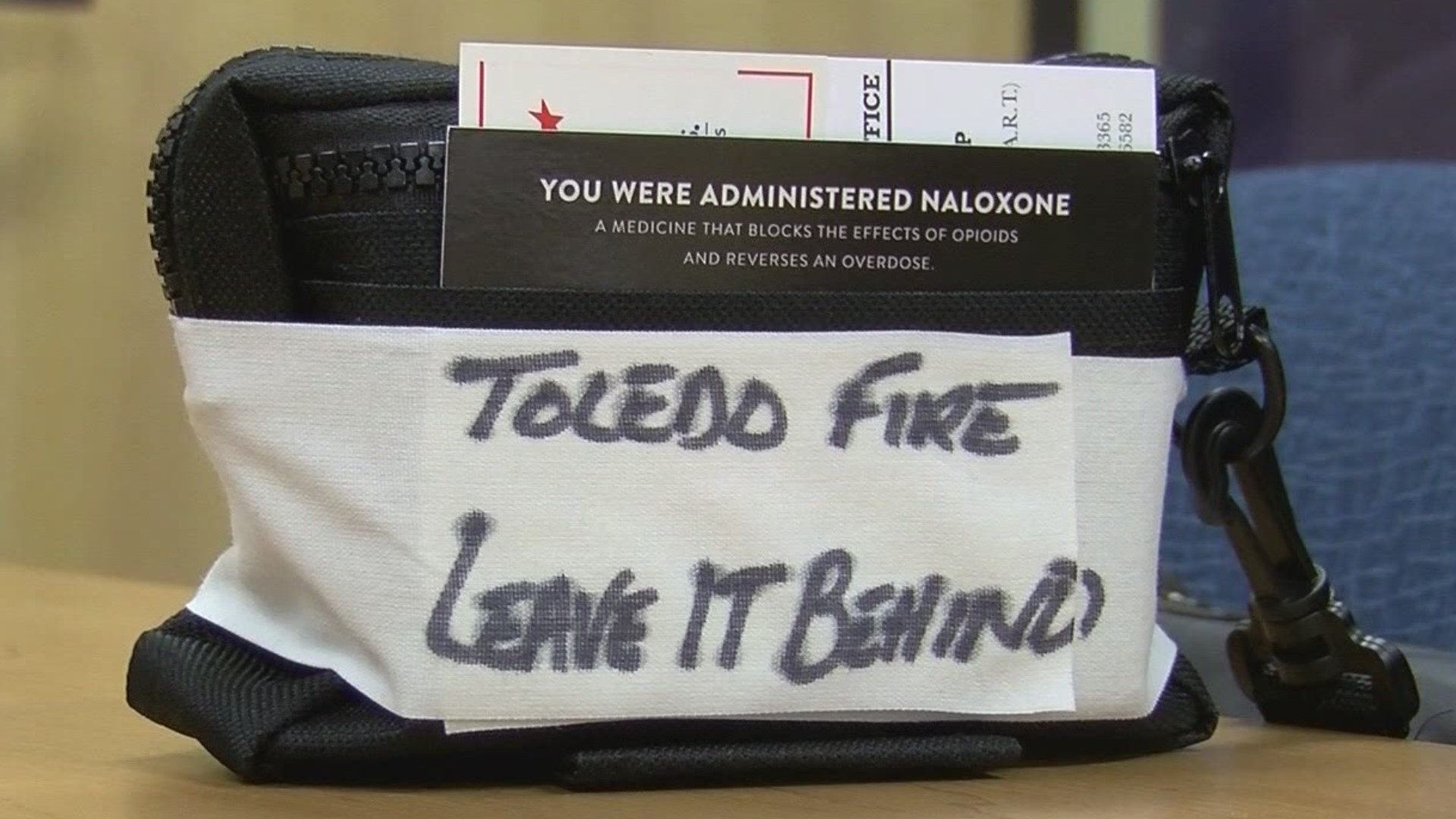 City council agreed to let the mayor and city law director accept the money from the pharmaceutical company for the impact the opioid crisis has had on Toledo.

Purdue Pharma filed for bankruptcy in the wake of several lawsuits brought against the company, including one from the city of Toledo.

In the battle against the opioid crisis, we're taking a deeper look into how it's affecting our cities and towns.

The Toledo Fire and Rescue Department says the number of deaths grew drastically during the pandemic.

Despite COVID-19 taking center stage, the opioid crisis is still here and a cause for concern that continues to grow.

"Addiction doesn't discriminate. It truly doesn't. It doesn't care how old you are, what your gender is, what your social status is. It affects everybody in our community," said Lt. Steve Rogers, an officer with the Lucas County Sheriff's Office's Drug Abuse Response Team (D.A.R.T.)

The unit works with people battling addiction and teams up with the Toledo Fire and Rescue Department.

"2020 was something completely different. The numbers were just through the roof in terms of not only opiates but all the other overdoses that we're seeing in terms of whether it be alcohol or other prescription drugs or street drugs," said Lt. Zakariya Reed, the EMS Bureau Supervisor with the Toledo Fire and Rescue Department.

Here are the numbers just to put it into perspective.

Those numbers went up last year, with 2,682 total overdoses. Of those 1,881 were due to opiates, ending up with 218 fatalities.

Authorities had to do something to battle the spike, starting by keeping up with an ODMap, which keeps track of all the overdoses in the area.

"As part of the Lucas County Opiate Coalition, there were difficulties getting treatment programs and materials out to people who were suffering. So in May of 2020, Toledo Fire stepped up and we created the 'leave it behind' program," said Reed.

So they began leaving behind kits containing Narcan and other information to get help and ways to reach out to groups like D.A.R.T.

"Toledo Fire in general, there's a great lieutenant who I have frequent communication with," said Rogers. "He supplies us with the information needed to hopefully make contact and get individuals who refuse further treatment into treatment services."

It's with the mission of at least giving people the chance to save their own life.

The Toledo Fire and Rescue Department says the number of overdoses this year has for the most part returned to normal years.

But they aren't letting their guard down and continue their efforts alongside the Toledo Police Department and D.A.R.T.

If you or someone you know is seeking help with drug addiction, you can call the D.A.R.T. nonemergency line at 419-213-6582 or you can visit its Facebook page.

You can also call 211 for help at all hours of the day.