The Second Chances event is part of a nationwide effort by non-profit Better Together to help those with a criminal past find employment. 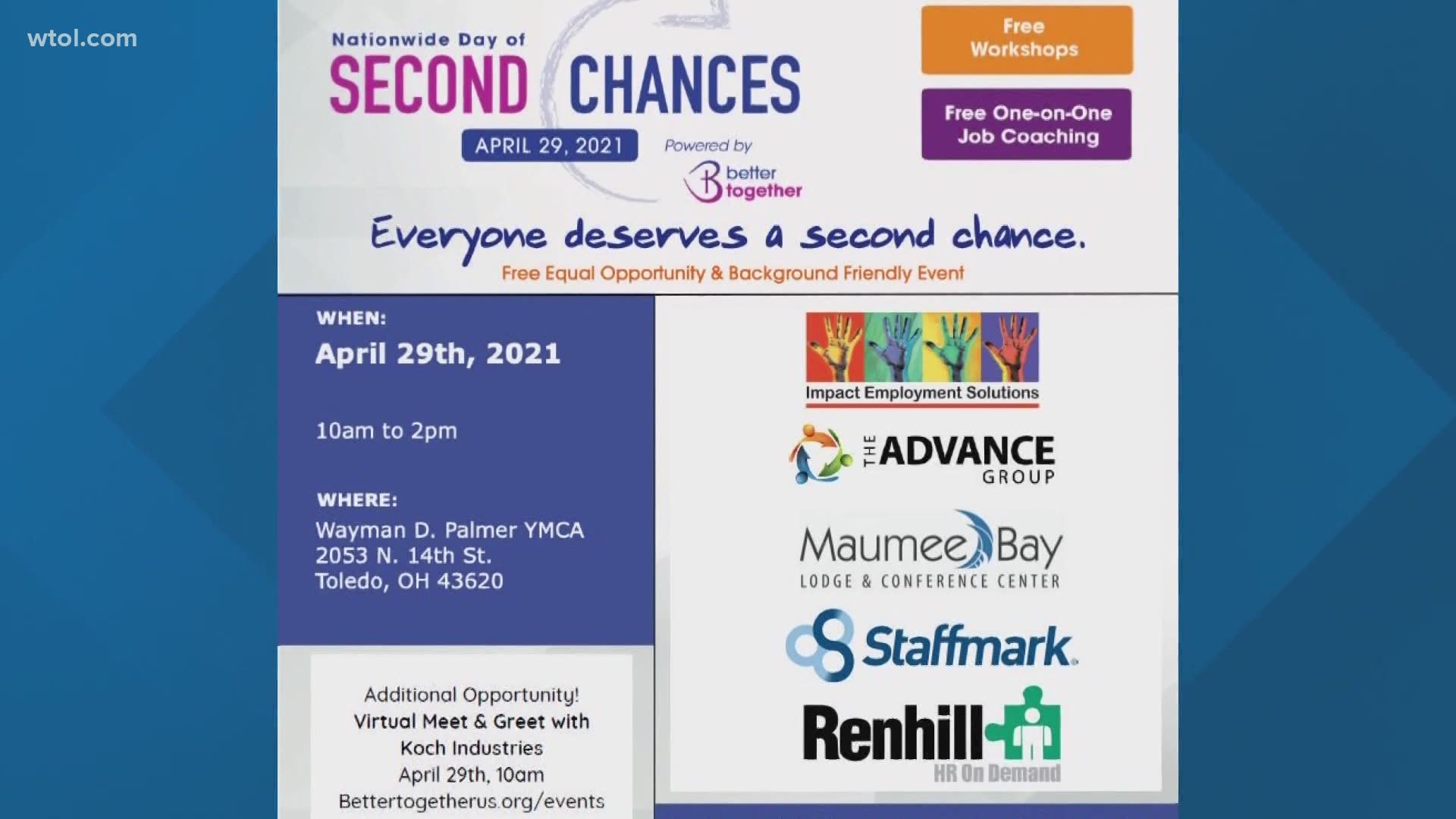 That's the message and the focus of a job fair happening Thursday at the Wayman Palmer YMCA in central Toledo.

All companies attending are "background friendly," meaning they will be willing to hire people with a criminal past.

The event runs from 10 a.m. to 2:00 p.m. and is open to all. It is part of a nationwide effort by the non-profit Better Together to help those trying to reenter society after serving time in prison.

Hope of Glory Pastor Rick Morris knows how hard it is to get a job with a felony on your record because he had to do the same thing decades ago.

"When someone gave me an opportunity, it not only saved me, it saved my children," Morris said, "and it saved the people I affected through my criminal life style."

Morris stressed that many people don't understand how difficult it is when felons get out. Many are inheriting a lot of challenges on top of getting their freedom back.

"You face a lot of hurdles and obstacles as far as doing what's right," Morris said. "They still have bills to take care of. A lot of them have children, child support, fees, fines."

"People know that the folks that come here, they have some blemishes, they're bruised bananas, but they're still useable," said Morris

Stanley Smith says he was once called a career criminal. Now, he just celebrated seven years at the Lucas County Family Council as an outreach specialist. Back in the 1990s, Morris gave Smith his first job when he got out of prison.

"My first job was roofing when I came home," Smith said. "Okay, sure, it was a dirty job. I lifted two barrels over my head up that ladder, but look where I am now."

Close to a dozen companies have signed up for the event, along with three staffing agencies and groups that can help with things like suspended licenses or tickets.

"Some community resources will be there that can help men with any baggage they may be carrying," Morris added.

Both men and ex-cons say a job can prevent someone from returning to their old life and that, in turn, helps everyone.

"The community receives from it," Morris said. "If one person doesn't return to crime, it's like a ripple effect."

Smith, now happy in his current job and life, works with young kids and encourages them to pursue a passion and a career, not the streets.

"You know it takes more courage to hold down a job or hold a book in your hand than to hold a gun," he said.

Both Morris and Smith say they did the time, over 10 years for both of them. At peace now, they want to show others there's a better path.

SECOND CHANCES: It can be so hard for someone coming out of prison to find a job. A job fair is happening Thursday at the Wayman Palmer YMCA with companies willing to take a chance on you. @WTOL11Toledo pic.twitter.com/gciEr6qmv9