Video posted on social media appears to show a student from Bellevue pull a Norwalk athlete's hair, sending her to the ground during Saturday's game. 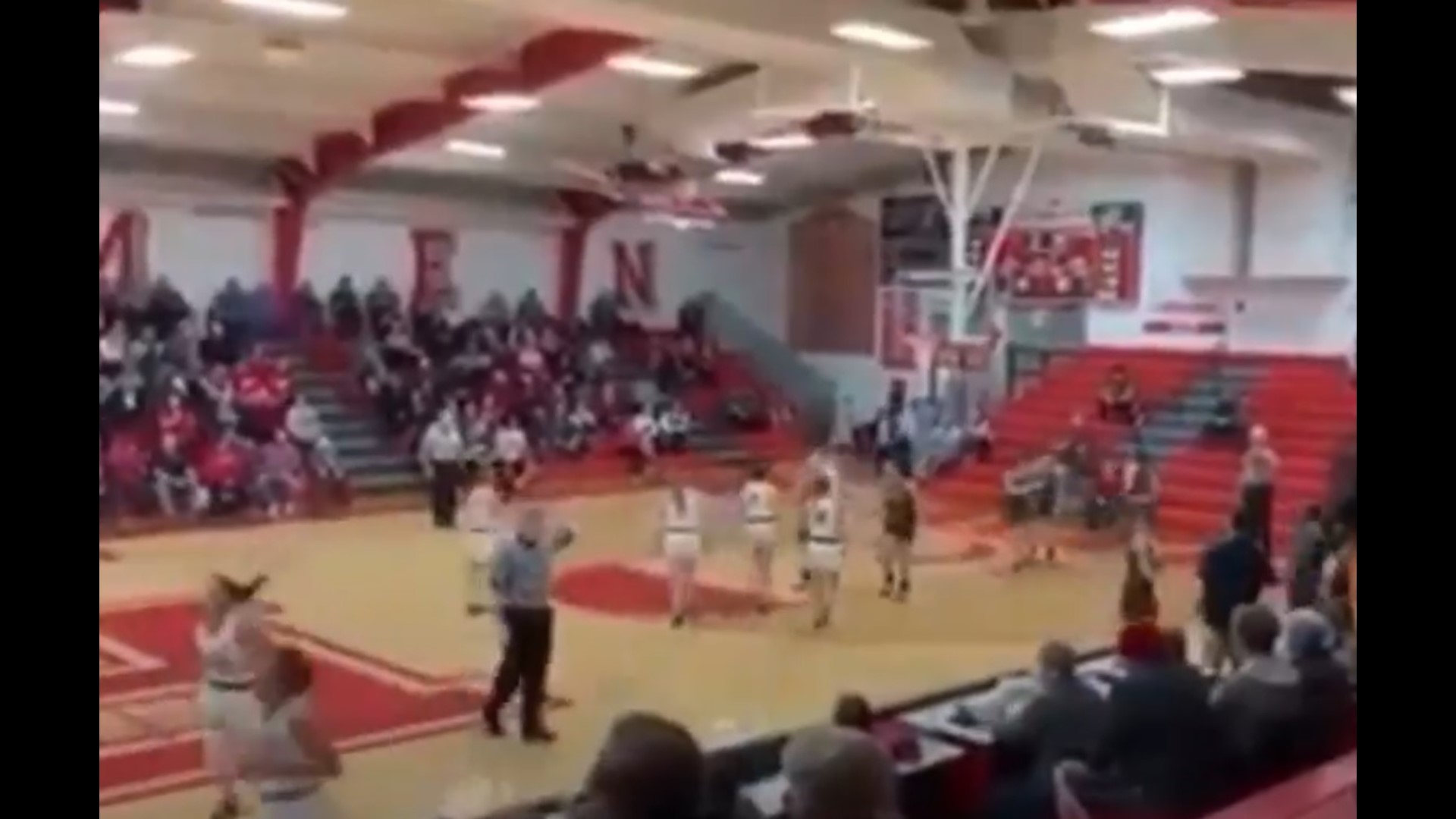 BELLEVUE, Ohio — A northwest Ohio school district is investigating an incident that happened during a girls' basketball game.

Video posted and shared on social media appears to show a student from Bellevue pull a Norwalk athlete's hair, sending her to the ground. Family members say the Norwalk athlete is recovering, but still being evaluated as of Monday afternoon.

Several people reached out to WTOL 11 to alert us to the video and ask what happens next. That video does not show whether anything happened previously in the game leading up to the incident.

WTOL 11 reached out to both school districts. Bellevue High School responded through social media, sending us this statement Sunday: "We are aware of the incident and working to gather all the information before determining how we will proceed."

WTOL also talked with Norwalk superintendent George Fisk by email Sunday. He writes, "First and foremost, I am concerned with the health of our injured student athlete.  She is a fantastic hardworking young lady and in no way deserved the aggressive unsportsmanlike action taken against her.  I have been in contact with the administration of Bellevue City Schools, they have assured me that appropriate action will be taken upon the conclusion of their investigation.  Additionally, it is my hope the Ohio High School Athletic Association will not remain silent and uninvolved in this situation."

On Monday, both Bellevue superintendent Kim Schubert and athletic director Brian Schubert told WTOL 11 the district does not comment on student discipline. Both say the district has no further comment other than the situation is being addressed.

On Tuesday, superintendent Kim Schubert says she "has a distinct obligation to protect the rights of all students," and offered this updated statement:

"Since viewing the video on Saturday, with the knowledge that no foul was called during the game, we quickly came to the conclusion that it would be our obligation to address the incident with disciplinary action and we have done so.  I hope that this clarification will provide a conclusion to this situation leaving no doubt that the situation was immediately addressed.  Our priority is the health and safety of all student athletes, including athletes at opposing schools and our own athletes."

The Ohio High School Athletics Association (OHSAA) also responded today. Tim Stried, senior director of communications, responded via email Monday, "The OHSAA has seen the video and we are working with the two schools on this matter. First we will give Bellevue a chance to respond and address this situation internally."