Bird is the WORD! 2 piping plovers hatch at Maumee Bay State Park for the first time in more than 80 years

Nellie and Nish are proud plover parents, with two more hatchlings expected by the end of the day. 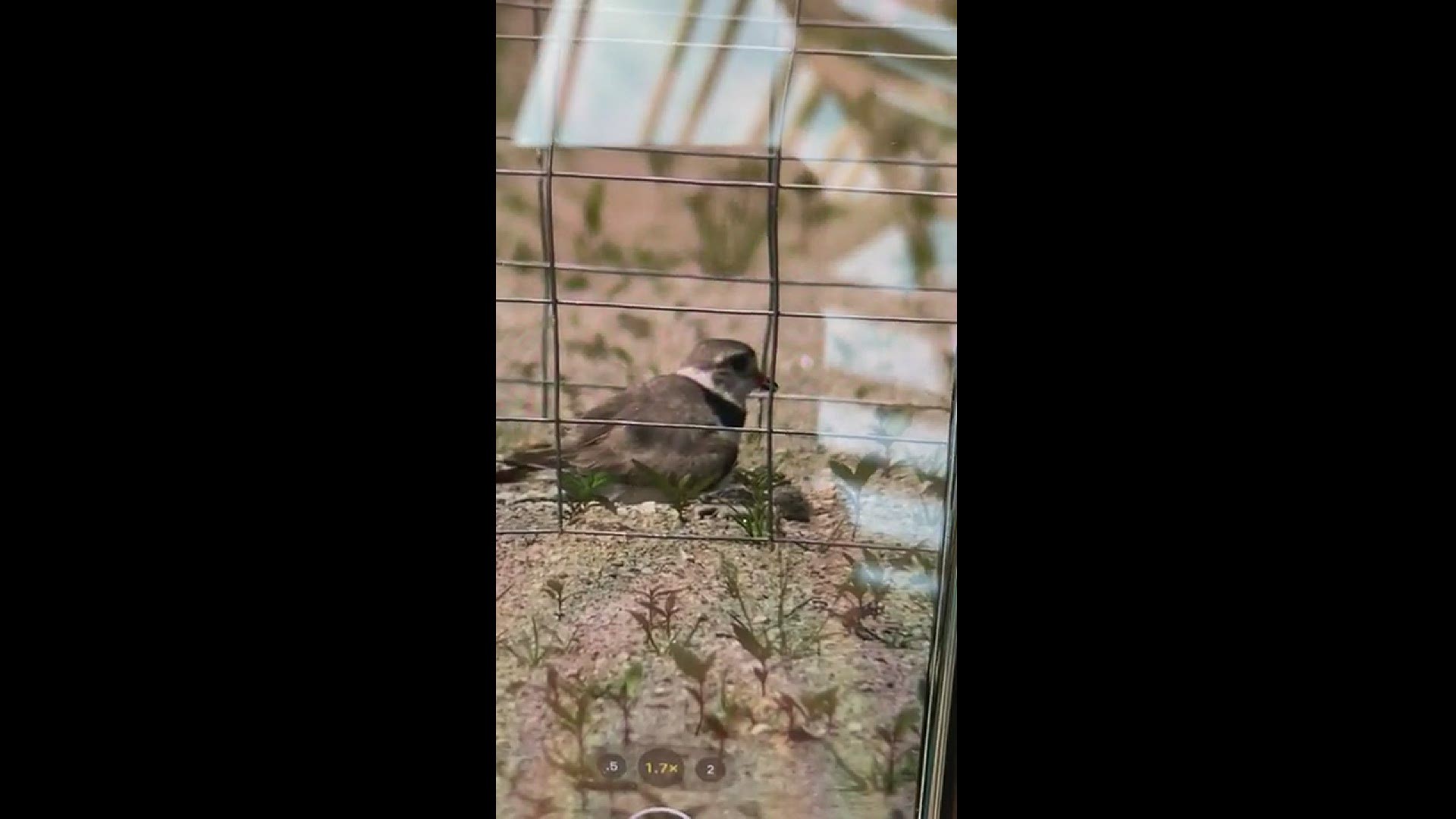 The bird family's appearance marks the first time in more than 80 years that a pair of piping plovers have nested in Ohio.

The male is named ‘Nish’ and was hatched at Montrose Beach in Chicago in 2020.

The female, ‘Nellie’ was hatched at Presque Isle in Erie, Pennsylvania.

Kimberly Kaufman with Black Swamp Bird Observatory says once word got out about them, interest from the birding community exploded from all across the country.

Kaufman says Nellie laid four eggs in total. It's anticipated that the remaining two eggs will hatch before the day is through. That means the birds would share a birthday with Toledo's own Jamie Farr, who turned 87 today - making him among the few Toledoans who could have claimed to have seen such birds in the area the last time they appeared here.

Credit: WTOL 11
The piping plover eggs at Maumee Bay State Park - from the first set of nesting plovers in Ohio in more than 80 years - are hatching.

Plovers are sandy brown migratory shorebirds with orange legs that haven’t been seen nesting in the area since the late 1930s, helping to explain the excitement at the beach.

The nest was discovered along the shore of the inland beach at the park, according to the Ohio Department of Natural Resources.

You're welcome to go see them, but a portion of the beach has been closed off to help protect the nest of the federally endangered shorebird.

Visitors are reminded to give the birds plenty of space. The ODNH reminds people that it is illegal to harass or harm the birds, eggs, or nest of a migratory bird.

Nellie and Nish even have their own Facebook page: Nellie & Nish: the Maumee Bay Piping Plovers in which updates are given about the birds.

"They're little rockstars for this region,” Kaufman said. “These two little birds, believe it or not, they'll bring tourists here from all over the midwest. Not just to see piping plovers, although they are rare here, but to see them nesting for the first time. This is a historic event."