‘Nish’ and ‘Nellie’ are incubating four eggs at the inland beach at Maumee Bay State Park. They are the first piping plovers to nest in Ohio in over 80 years. 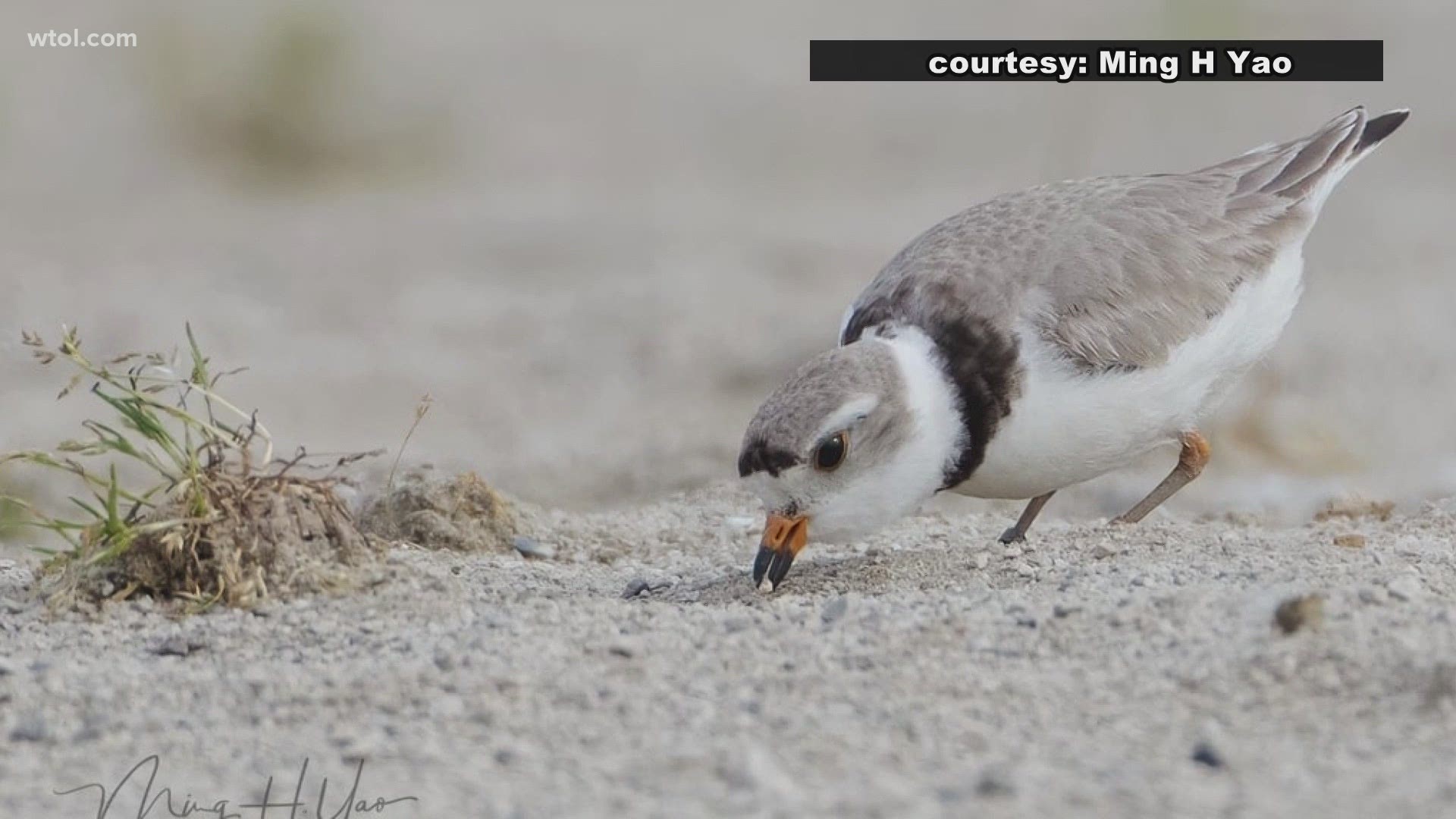 OREGON, Ohio — The warbler capital of the world has now become ground zero for a historic plover event.

For the first time in more than 80 years, a pair of piping plovers are nesting in Ohio.

Plovers are sandy brown migratory shorebirds with orange legs that haven’t been seen nesting in the area since the late 1930s, helping to explain the evident excitement at the beach in the last few days.

The nest was discovered along the shore of the inland beach at the park, according to the Ohio Department of Natural Resources.

You're welcome to go see them, but a portion of the beach has been closed off to help protect the nest of the federally endangered shorebird.

Visitors are reminded to give the birds plenty of space. The ODNH reminds people that it is illegal to harass or harm the birds, eggs, or nest of a migratory bird.

Kimberly Kaufman with Black Swamp Bird Observatory says once word got out about them, interest from the birding community exploded from all across the country.

"They're little rockstars for this region,” said Kimberly Kaufman, Executive Director at the Black Swamp Bird Observatory. “These two little birds, believe it or not, they'll bring tourists here from all over the midwest. Not just to see piping plovers, although they are rare here, but to see them nesting for the first time. This is a historic event."

Kaufman says the two birds have been banded by scientists, giving insight into where the birds were hatched

The male is named ‘Nish’ and was hatched at Montrose Beach in Chicago in 2020.

The female, ‘Nellie’ was hatched at Presque Isle in Erie, Pennsylvania.

Kaufman says Nellie has laid four eggs and the couple is currently incubating them.

Nellie and Nish even have their own Facebook page: Nellie & Nish: the Maumee Bay Piping Plovers in which updates are given about the birds.

Piping Plovers were listed as a federally endangered species in 1986. There are currently between 60 and 80 pairs on the Great Lakes.

In order to monitor and protect the nesting birds, volunteers are working from sunset to sundown in two-hour shifts. Monitoring of the birds could go on for as long as two months.

You can sign up for a shift at MaumeeBayPipingPlovers.org but expect an intensive three-hour training session.

The website will also have updates on the birds and a photo gallery.

You can also register for a free online presentation about the Maumee Bay Piping Plovers, Tuesday, June 8 at 7 p.m.

If Nish and Nellie are successfully able to hatch their eggs it is unclear at this time how the young birds will be named.