Rally for peace urges end to the violence in Toledo

Save Our Community, along with other city groups, marched down Detroit Ave. on Saturday calling to "change the community" and stop the violence. 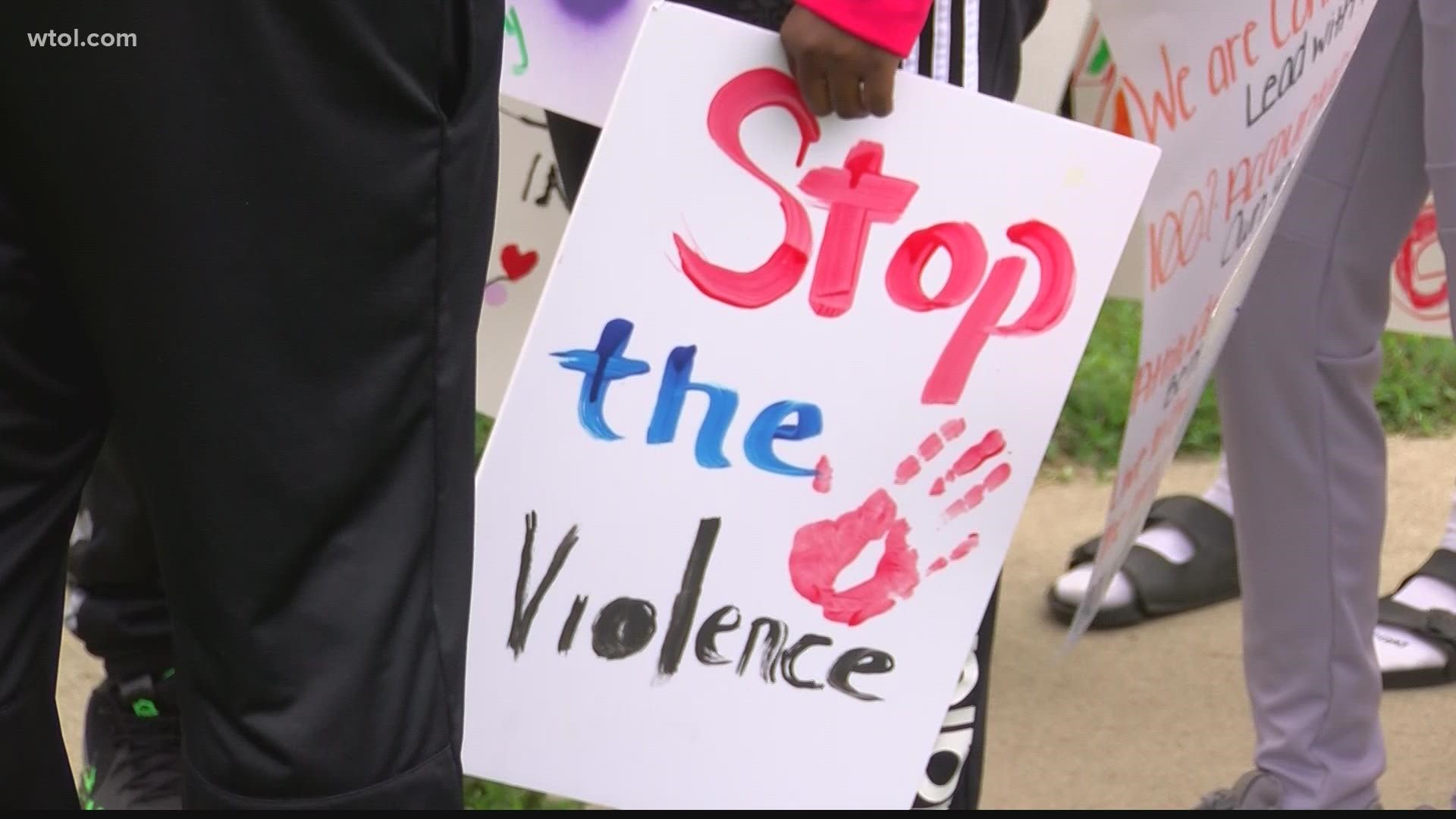 TOLEDO, Ohio — The summer may be over but violence continues to play out in the streets of Toledo.

Dozens of people marched down Detroit Ave. on Saturday, calling for peace. With each step, chants for "stop the violence" and "change the community" pierced the air.

"It's a voice and it's about getting the message out there," said volunteer Antwuan Walker Jr.

Organized by Save our Community and other city groups, they brought together those affected by gun violence. Walker Jr. says today's youth need good role models in their life.

"Good representation," said Walker. "You know I think that makes a difference. I think that's the biggest thing to take away is the value of life and understand that there are resources out there for your life to be valued."

Adults spoke directly to the youth, telling them they can be better and that their life matters.

Groups say peace starts with support for one another. Young people need to feel supported with love and opportunity to be better than what’s out on the streets. @WTOL11Toledo pic.twitter.com/CtAMESmSAG

"We're here to show up for them, that they can rely on us, that they should rely on each other, that they can do it," said Sierra Webb, co-chair of the city of Toledo's Human Relations Commission and head of the Stop the Violence committee. "They're loved. They're beautiful. They're supported."

Mystery Music performed for the rally. Executive director Errick Dixon says many gangs draw in kids who want a family but says there are several programs like his where you can feel like you belong and be a positive light.

"You have a lot of kids out there that are doing negative things that are leaders, great leaders," said Dixon. "The problem is they're leading in the wrong direction. Our job is to change the stinking thinking and lead in the right direction."

Groups say the time for change is now and it starts with everyone.