The Norfolk Southern rail bridge has been identified to be replaced for flood mitigation efforts for years. 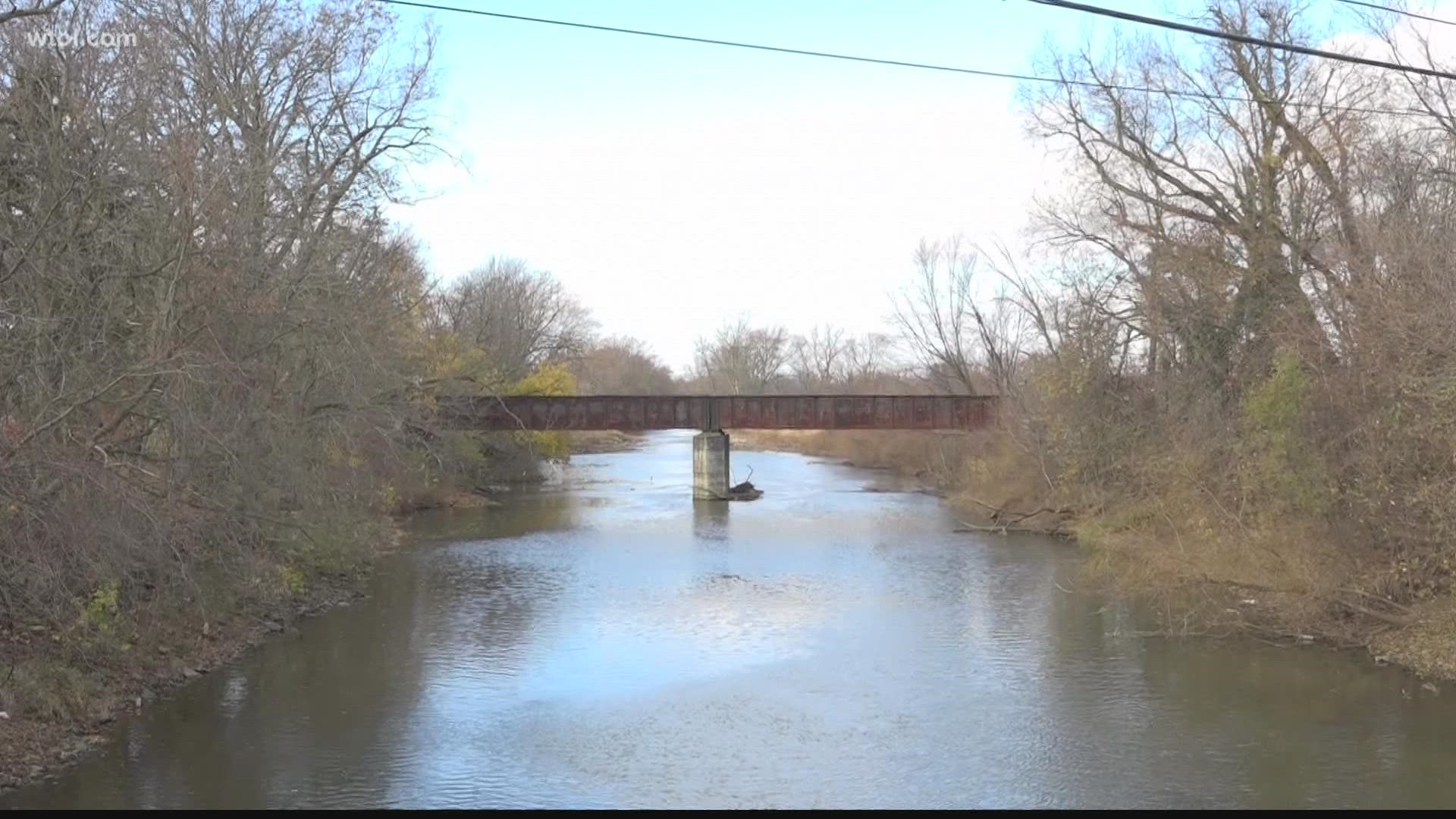 FINDLAY, Ohio — An aging bridge in Findlay that officials know is part of the flooding problem is finally getting some long-overdue attention.

The Norfolk Southern rail bridge over the Blanchard River in Findlay has been in the sights of local officials for years.

The consensus has been that the more than 100-year-old bridge needs to be replaced as part of the ongoing flood mitigation efforts, as the foundation abutments act as a dam, holding water back, during flooding events.

"When they built it, the abutments came right up to the edge of the river. The bridge is currently a 145-foot span. This will take it to a 300-foot span. This is really going to allow that river to continue to flow through basically the width of the benching area," Tim Mayle, director of economic development for Findlay-Hancock County, said.

Hancock County is the only community in Ohio to receive federal grant dollars from the Rebuilding American Infrastructure with Sustainability and Equity discretionary grants program.

Combined with the existing benching and another future planned benching in a few years, this is expected to lower flood levels by 37 inches.

"As a percentage, it represents about 4/10th of a foot reduction immediately upstream of the bridge. And keep in mind, the whole project between the two benching, the bridge and the basin will be about 37 inches, or just a little bit more than three feet," Mayle said.

The goal is to not interrupt any rail traffic during the construction process.

"They've got some very good engineers that they believe can maintain rail traffic and build the bridge in place. There really is not going to be much of a disruption of the railroad going in there. That's the railroad spur that feeds Cooper Tires, so it's an important part for the economy," Mayle said.

Planning and engineering of this construction project are slated to last the rest of this year and portions of next year, with official bridge construction hopefully starting up in the back half of 2022.