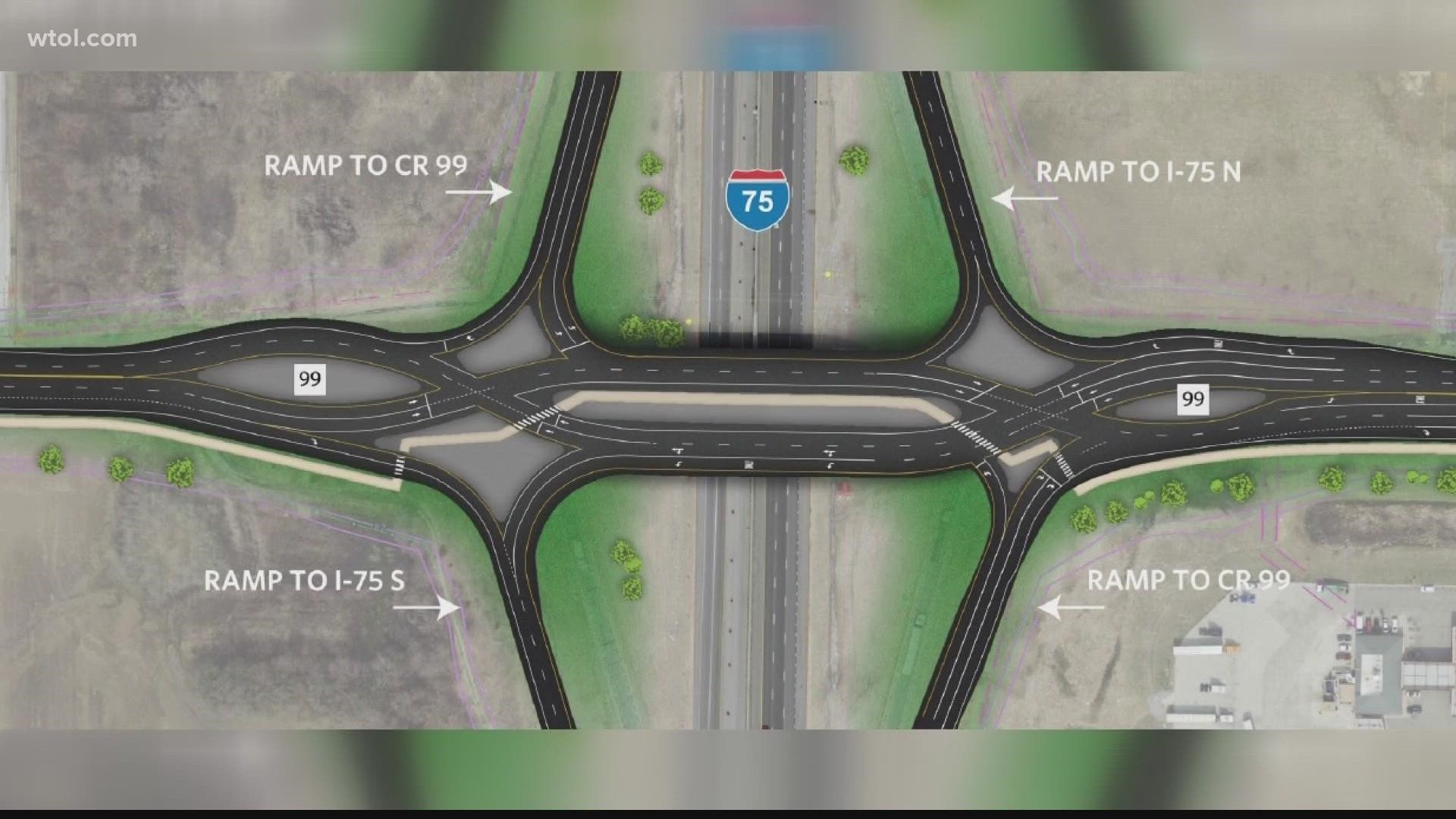 FINDLAY, Ohio — Over the last seven years, the Hancock County Road 99 interchange at I-75 in Findlay has gotten busy. It's only going to get busier with congestion and more accidents as traffic weaves on and off the exit ramps.

ODOT began studying what improvements could be made here, to not only make the stretch of road safer, but also help the interchange carry more traffic in the future with many new businesses expected to move into the area.

"Also knowing we have to facilitate growth because there is economic growth occurring in Hancock County and the city of Findlay. We want to make sure the interchange accommodates that growth," Eric Scheckelhoff, design engineer for ODOT District 1, said.

The solution is something you may be familiar with in Perrysburg, near Levis Commons: a diverging diamond interchange.

The existing bridge will remain, acting as the north crossing, and a new bridge will be built to carry the southern crossing.

The initial 4 million dollars for the design phase was approved by the state last week.

The entire project is estimated to cost 19 million dollars.

Credit: Jon Monk
Commercial traffic has increased at the CR-99 interchange over the last decade.

ODOT says this crisscrossing design will not only make the interchange safer, but will work better for all vehicles and commercial trucks.

Scheckelhoff says it eliminates the left-hand turns crossing over in front of opposing traffic. "Also, it helps with congestion which leads to other types of accidents. Plus, also operations-wise, it allows for the operation of higher volumes of traffic."

ODOT will spend next year securing the property needed for the project, with construction slated to possibly begin as early as late 2024 or 2025. 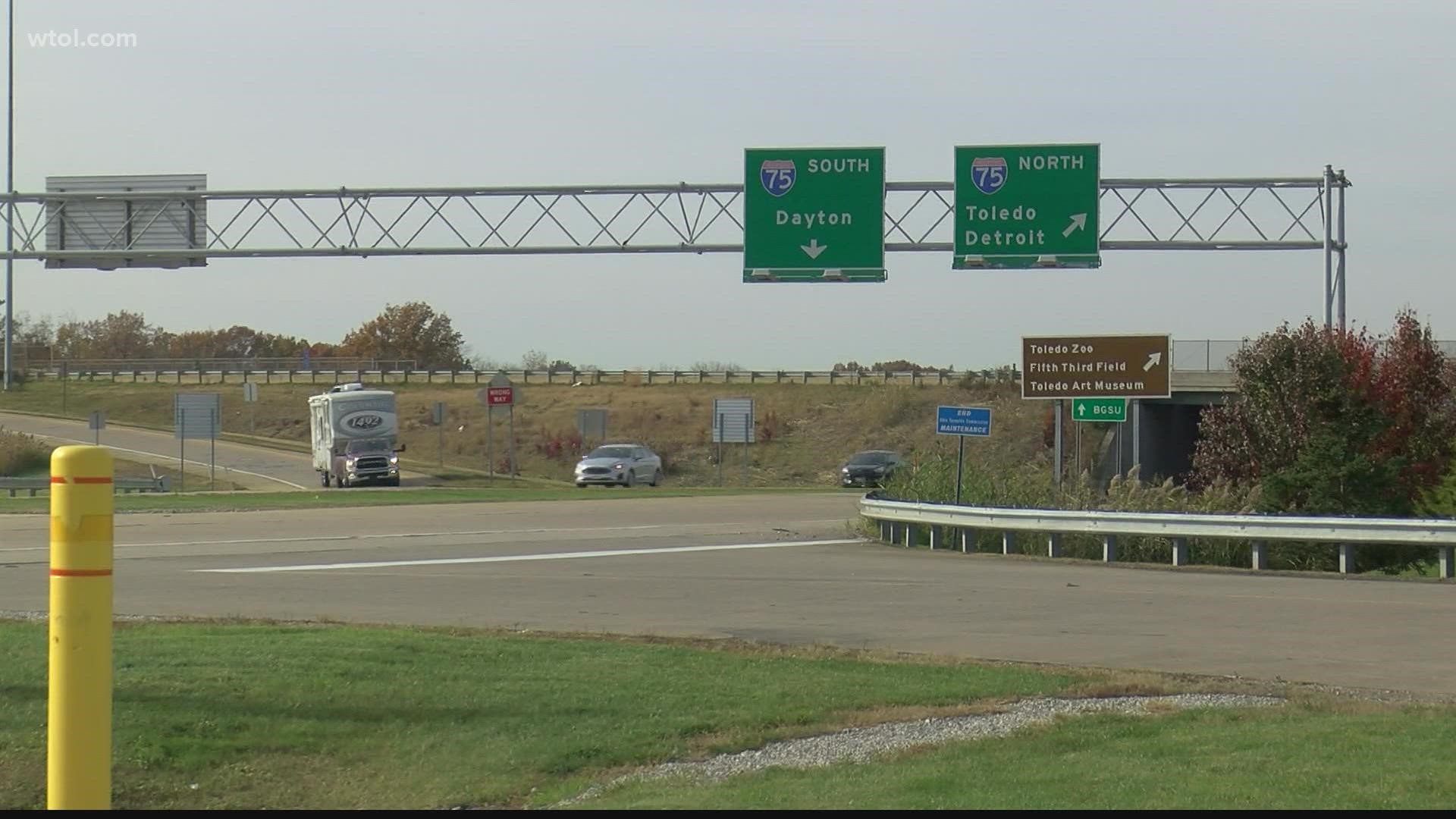